The Meyer Werft shipyard in Papenburg, Germany floated out the world’s newest cruise ship, the 58,250 gross ton Spirit of Adventure being built for the UK’s Saga Cruises. The float out from the building proceeded as planned despite the announcement that many of the shipyard’s employees had this week begun an extended six week summer holiday lasting until the end of August.

The ship is the second of two sister ships that Meyer is building for Saga with the previous delivery in 2019. The Spirit of Adventure may also be the last of the mid-sized cruise ships that Meyer delivers for some time as its current order book mostly consists of large cruise ships. No new cruise ship orders are expected in the next few years as the industry works to overcome the impact of the coronavirus. 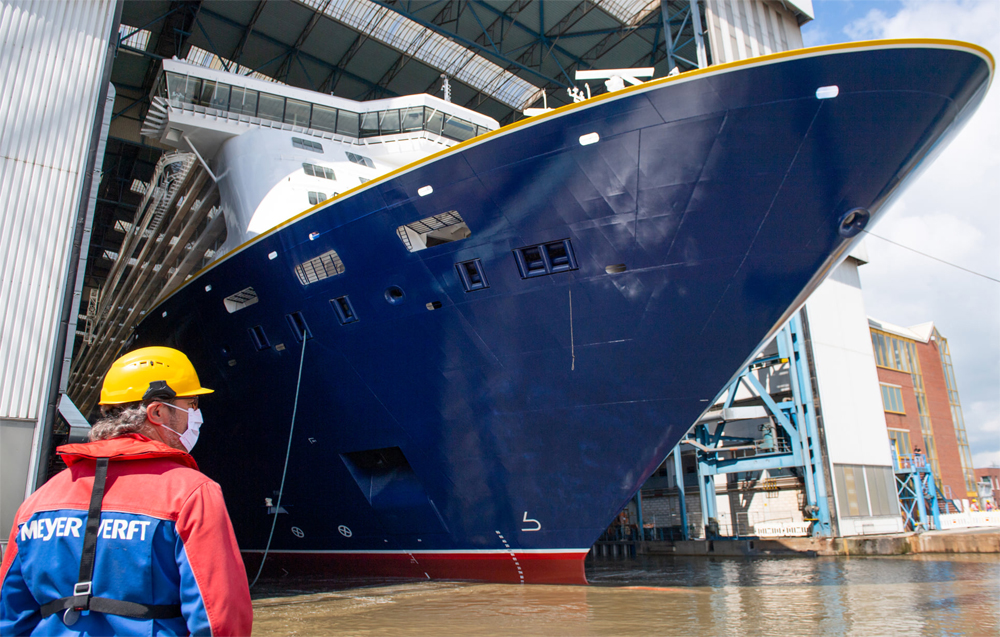 The float out made for a spectacular sight as the large doors on building hall 5 were opened and the ship slowly emerged bow first. Due to height limitations, the ship paused after emerging from the building hall so that a crane could lower the funnel into place. The Spirit of Adventure was then scheduled to undergo a series of tests before being secured to the yard’s equipment pier later in the day.

Just a few days ago the ship’s propellors had been fitted as the last stage of construction in the building hall. Construction had begun in March 2019 when the first steel was cut and assembly began in June 2019 when the first keel block was lowered into the dry dock. Final fitting out will now take place at the dock before the ship’s conveyance on the Ems River to the port of Emden. It will undergo final sea trials in the North Sea in September with delivered shortly thereafter.

With construction approximately three months behind schedule due to the impact on the coronavirus of the progress, the Spirit of Adventure may still become the first new cruise ship to go into service after the global pause in cruising. The ship had been scheduled for her naming ceremony in Portsmouth, England on August 19, followed by a 17-night inaugural cruise departing from Dover to the Baltic on August 21, 2020.

Saga Cruises recently announced that her first voyage has been rescheduled for November 5 from Southampton for 10-nights to the Mediterranean. The Spirit of Adventure and her sister ship, the Spirit of Discovery, are unique in the modern cruise industry as the company seeks to provide a mid-sized cruise ship for its customers who are all over the age of 50 (traveling companions can be 40 or older). The ship has 554 all-balcony cabins and can accommodate 999 passengers. The sister ships each have a length of 774 feet with the ability to reach speeds of more than 18 knots.

Meyer will announce the details of the ship’s conveyance on the Ems at a later date and Saga is also promising details shortly on a rescheduled naming event. 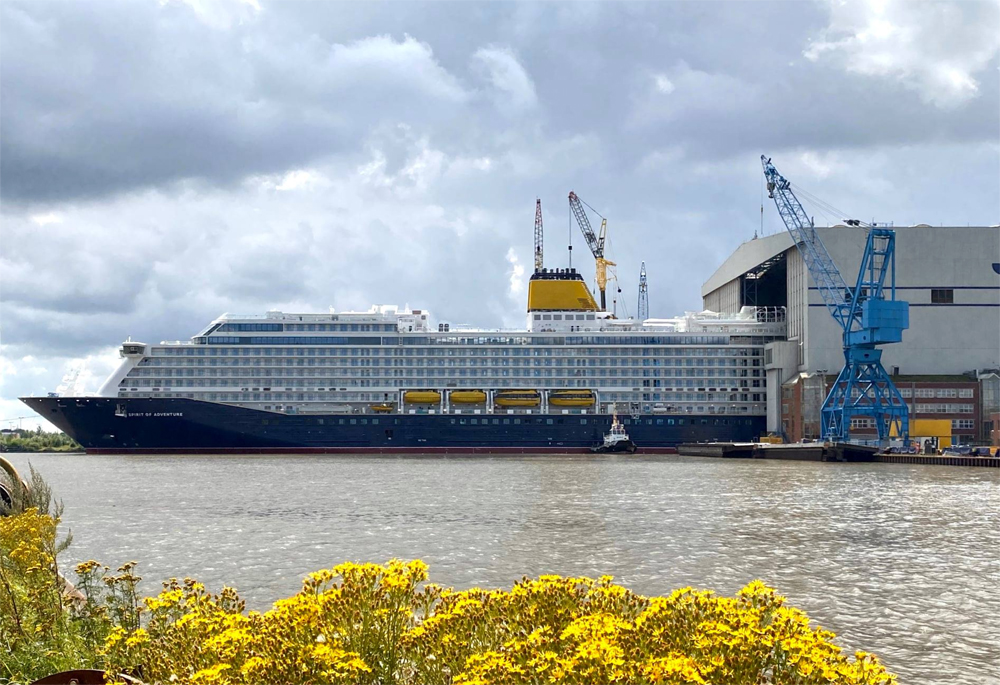