William McLean’s crew discovered the turtles while on a routine voyage and deployed a small boat crew to investigate. The boat crew found the sea turtles ensnared in the nets, with ropes coiled around their necks and fins. Unlike other turtle species, sea turtles can't retract into their shells, leaving them vulnerable to entanglement in marine debris. 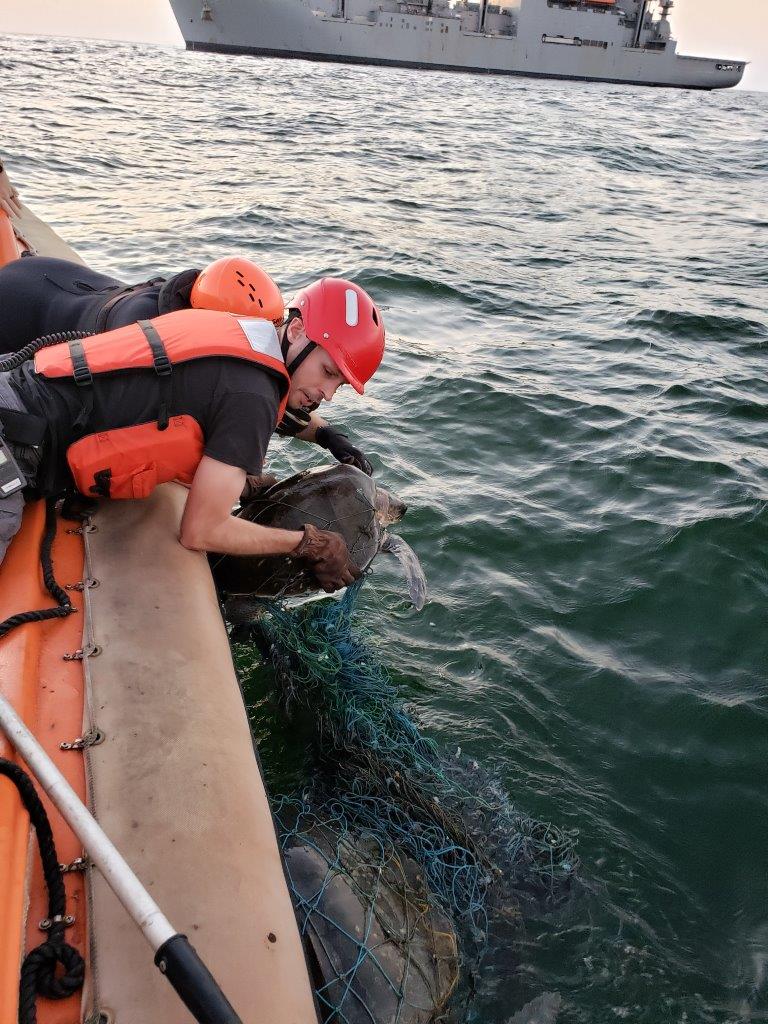 The ship’s small boat and rescue team found the turtles with assistance from watchstanders on the bridge. Working together, the boat crew and a rescue swimmer were able to untangle the turtles from the nets and set them free.

"It was the right thing to do and it felt great to see those two turtles swim away, free of the fishing nets," said Capt. Brandon J. Varner, the master of the William McLean.

The USNS William McLean is a 2011-built dry cargo underway replenishment ship and is currently deployed in the 5th Fleet area of responsibility. 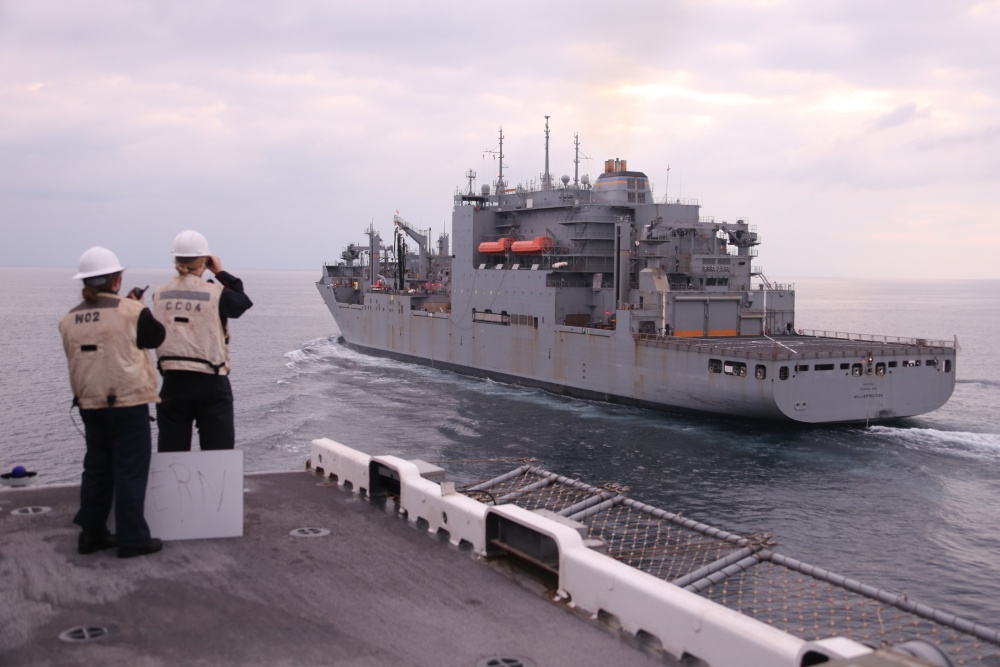