ReCAAP released its latest update on maritime piracy, and it reveals that armed robbery and maritime crime continues to surge in Asia. There were 161 incidents of piracy and armed robbery reported there in the first nine months of 2015, which represents a 25 percent increase in the total incidents compared to 2014.

Of the 161 reported incidents, ReCAAP classifies 150 as armed robbery and the remaining 11 as piracy. Crewmembers were unharmed in 83 percent of incidents.

Of those 161 incidents, ReCAAP defines 92 of them as category four (CAT 4) incidents. CAT 4 incidents involve one to three perpetrators who were not reported to be armed and escaped empty-handed upon being sighted. The majority of the CAT 4 incidents involved ships in the Straits of Malacca and Singapore  Straits (SOMS) this year compared to the previous four years.

ReCAAP also states that CAT 1 incidents, which involve nine or more armed pirates that successfully hijack a vessel or steal cargoes, continues to be a pressing issue. There have been 11 CAT 1 this year all of whihc involved the hijacking of oil tankers.

ReCAAP also noted there was common patterns in the majority of incidents. Pirates typically strike at night to use darkness to their advantage. It is also common for pirates to board more than one vessel per day especially if they fail to in crime on another ship. 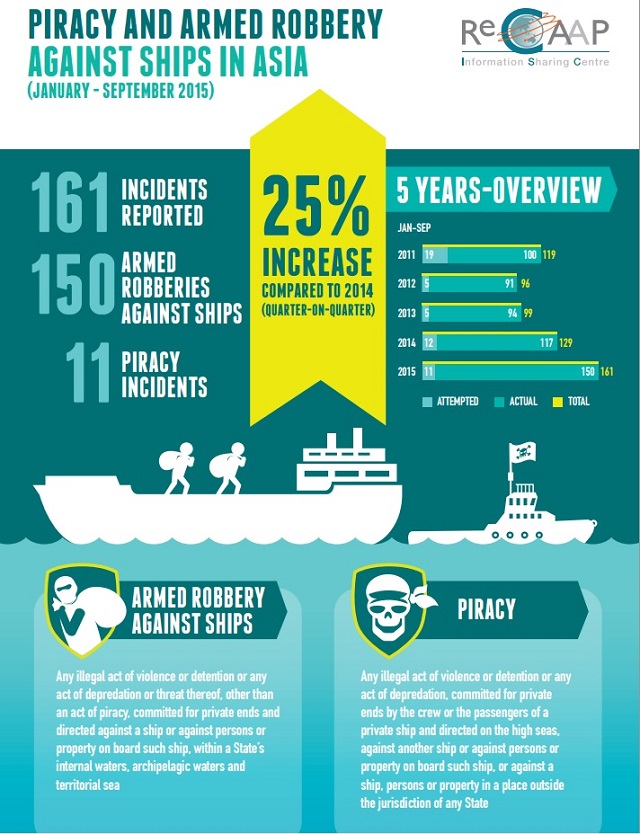 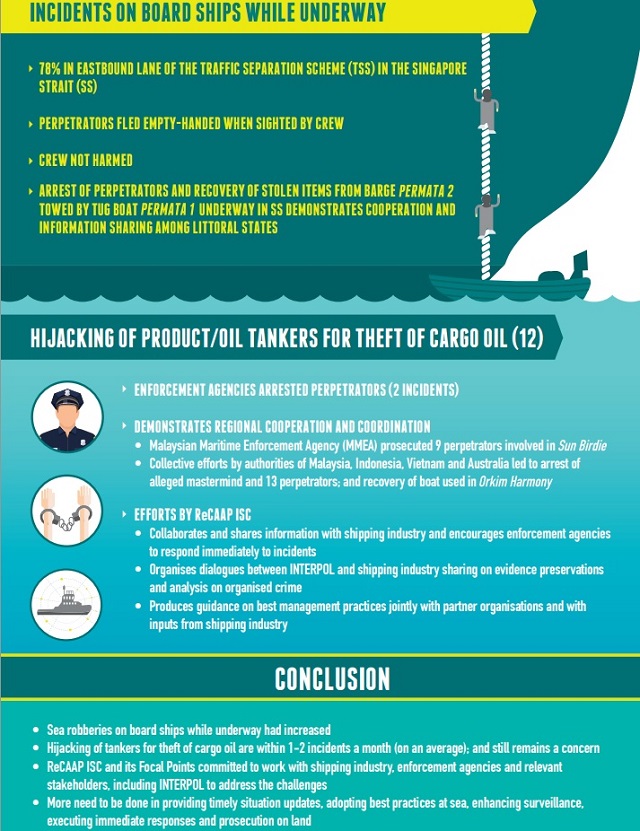