On Tuesday, firefighting crews were still fighting a "major fire" aboard the amphib USS Bonhomme Richard at a pier in San Diego, more than 48 hours after a blaze broke out in a lower vehicle hold. While the ship has suffered extensive damage, there is some good news: her main engineering spaces are intact, and there is little risk of her fuel catching fire.

"We've investigated the four main engineering spaces and found no major damage. There is no threat to the fuel tanks, which are well below any active fires or heat sources. The ship is stable and the structure is safe," said ESG 3 commander Rear Adm. Philip Sobeck at a morning briefing.

Firefighters finally reached the fire towards the bow of the ship on Tuesday after clearing obstacles out of the way, and it is possible that the fire will be extinguished within 24 hours. Sobeck said that helicopter aircrews have been key enablers for the progress of firefighters inside the ship. So far, Seahawk helicopters from Naval Station San Diego have dropped 1,200 "Bambi buckets" of water onto the vessel's topsides, providing fire suppresion and boundary cooling. 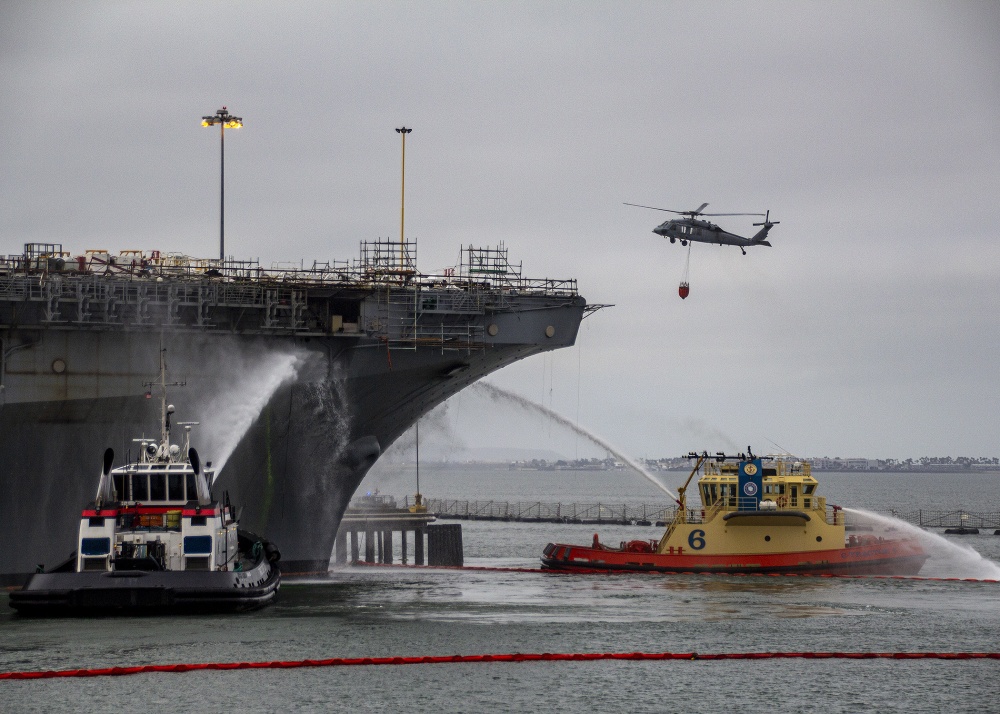 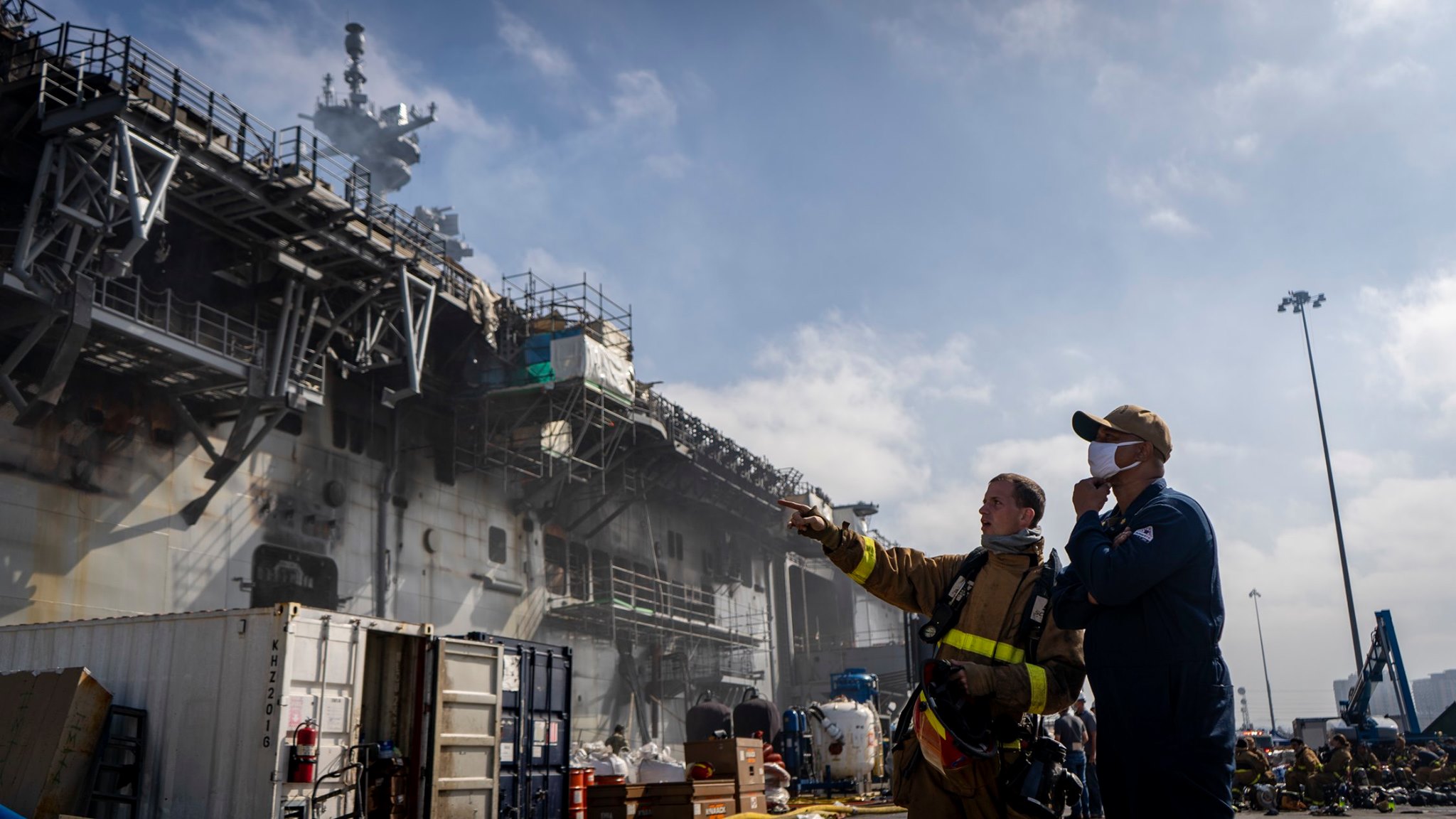 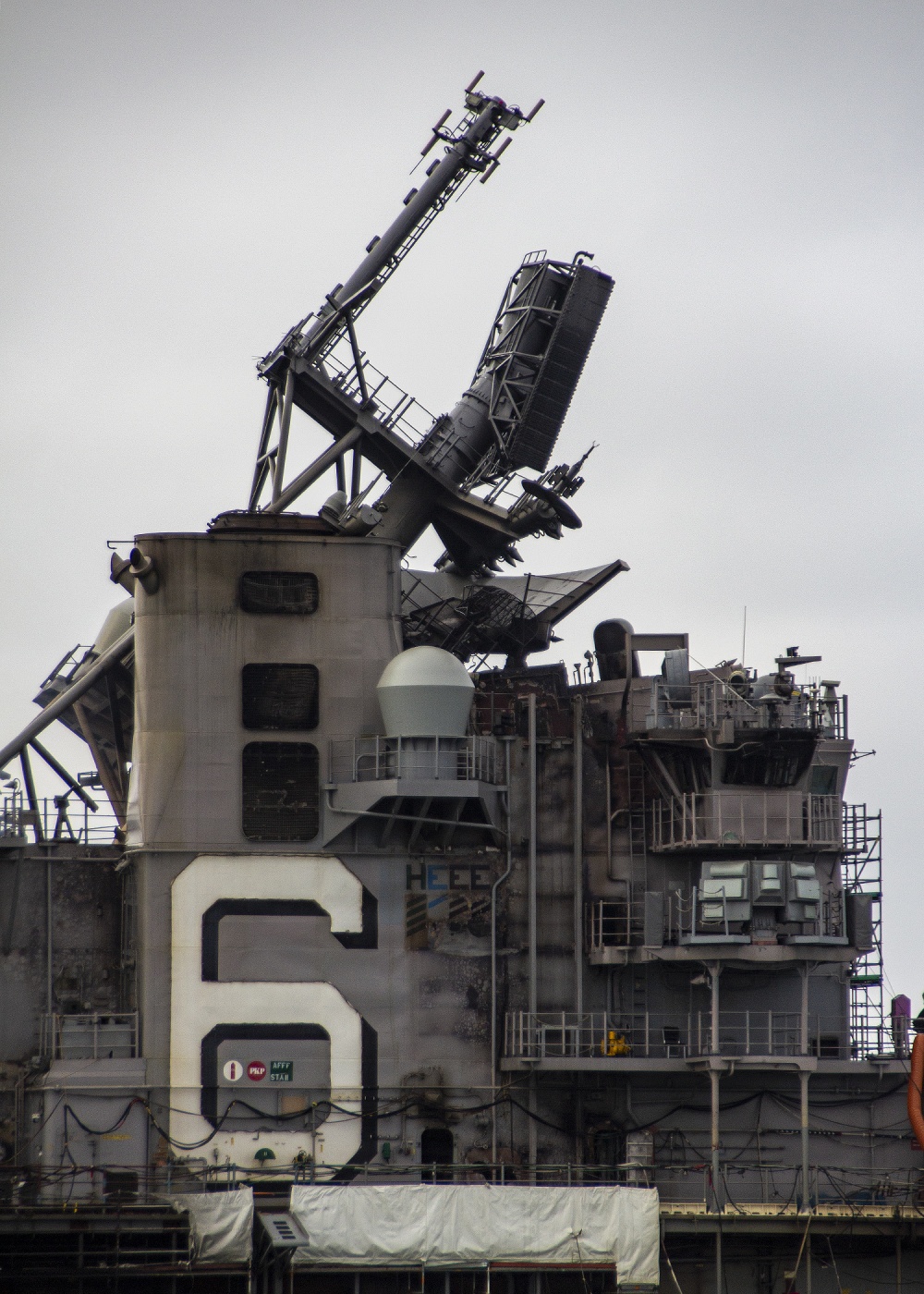 61 personnel have been treated for minor injuries like heat exhaustion and smoke inhalation, up from 59 the prior day. As of Tuesday morning, no personnel were hospitalized, down from five the day before.

Contrary to early reports, which indicated that the ship's own fixed firefighting systems had been disabled due to ongoing shipyard work, Sobeck said that the system was operational. The crew was closing up the space and preparing to activate the system when an explosion occurred, forcing them to retreat.

The devastating extent of the fire has raised questions about the 22-year-old vessel's future and the cost-effectiveness of restoring her to service. A replacement built to the more modern America-class amphib design would cost roughly $4 billion.

Unofficial photos circulating online appear to show extensive damage to Bonhomme Richard's interior and her island, the heart of her command and control systems. At the press conference Tuesday morning, Sobeck said that it is too early to asssess the full extent of the damage; for now, his team will stay focused on the fight to save the ship.

These photos from above the Bonhomme Richard have been circulating. A Navy official confirmed their authenticity. pic.twitter.com/o6xYZU9cpY