MAIB: Unexploded Ordnance May be Cause of Fishing Vessel Blast

The Marine Accident Investigation Branch (MAIB) has launched an inquiry into a blast aboard a fishing vessel off Norfolk, UK on December 15, which injured all seven crewmembers on board.

The explosion aboard the crabbing vessel Galwad-Y-Mor is believed to have been caused by submerged unexploded ordnance on the seabed, which may have been contacted by crab pots as the crew was hauling their catch aboard. The waters around the UK still turn up WWII-era munitions from the seabed, and Royal Navy salvage divers receive regular calls to dispose of mines, bombs and shells dredged up by fishing nets and anchors.

Two British and five Latvian crewmembers were on board at the time of the casualty. All were injured, including some who suffered "life-changing" injuries.

"At about 1120, the crew was in the process of hauling in a string of crab pots; the skipper was in the wheelhouse with other crew members below decks working the pots," MAIB said in a preliminary statement. "The hauler was being used to heave in the back rope, and the crew had let the skipper know that there was a lot of tension on the line, when there was an unexpected explosion. Galwad-Y-Mor was thrown up from the sea surface, then landed heavily back down; all propulsion and electrical power was immediately lost. The skipper was injured and dazed, but conscious, and saw that the wheelhouse had been completely wrecked."

The blast left their vessel damaged and taking on water in the engine room, and the master ordered the crew to abandon ship into a liferaft. He triggered the EPIRB and alerted another fishing vessel that his boat was in distress.

An RNLI lifeboat out of the port of Cromer found them shortly after. Three of the victims were immediately medevaced to Hull for treatment due to the extent of their injuries; the remaining four went back to shore aboard the lifeboat and were transferred to a hospital in Norfolk.

The vessel was towed into port at Grimsby and taken out of the water at a boatyard for repairs. The interior of the wheelhouse was substantially destroyed; on inspection, the shell plating on the bottom showed extensive damage, but there was no evidence of an internal blast. 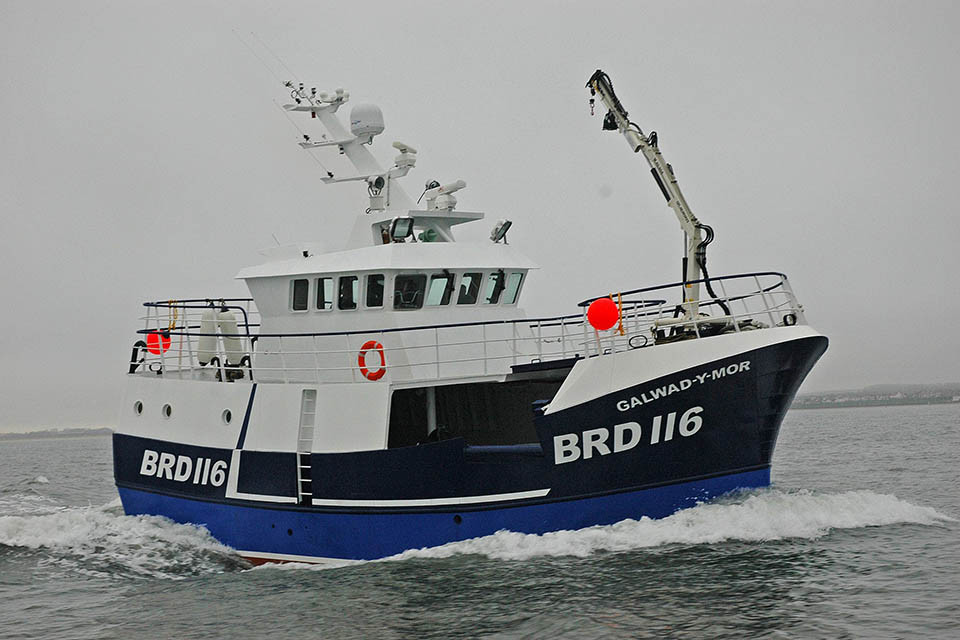 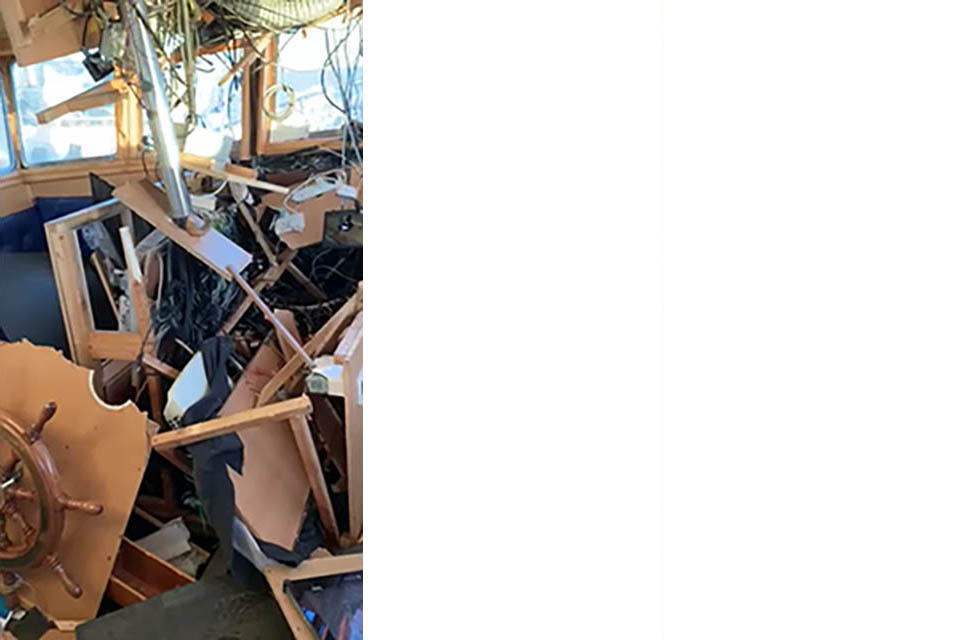 Damage to the interior of Galwad-Y-Mor's wheelhouse (MAIB)