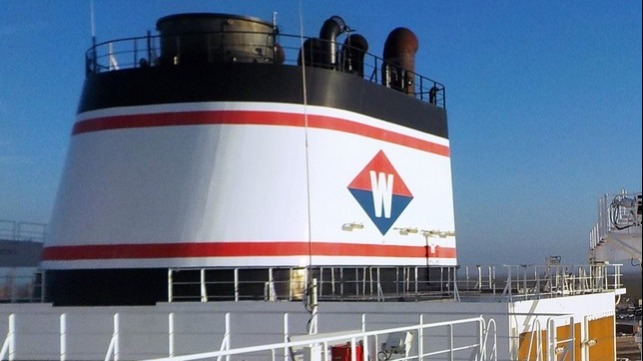 Number-one ocean carrier A.P. Moller-Maersk confirmed Wednesday that its offices in Brazil have been raided by police in connection with the long-running corruption investigation known as Operation Car Wash.

Brazilian prosecutors have accused Maersk of paying about $3.4 million in bribes to Petrobras employees in connection with procurement of 11 shipping contracts, which were collectively worth about $140 million.

“The situation that led to the search in the case of Maersk is that, in addition to directing contracts, we were able to verify that Maersk chose to hire a totally inexperienced broker, without any prior link with the performance in the sector. Why would such a large company do something so awkward?” said Brazilian federal prosecutor Marcelo Ribeiro at a press conference in Curitiba on Wednesday.

Ribiero said that Petrobras' former head of refining and supply, Paolo Roberto Costa, received a share of a Maersk-connected shipbroker's commission as part of the alleged arrangement. Costa was convicted of money laundering and racketeering in 2015 for his involvement in the Petrobras bribery scheme.

Two other firms - brokers Ferchem and Tide Maritime - are also under investigation in connection with alleged impropriety in Petrobras' ship chartering. Police suspect that these companies may have benefited from insider information about the scheduling of ships used for shipping the company's oil and oil products, giving them a valuable competitive advantage in winning Petrobras' business.

This 70th phase of Operation Lava Jato returns to the investigation's roots in Petrobras' chartering department in 2014, and it is named Operation Óbolo (obol). In Greek mythology, the boatman Charon charged one obol - a small silver coin - to lead souls across the river separating the world of the living from the world of the dead.

As another demonstration of the perceived emerging opportunities in the offshore wind sector, famed Norwegian shipping company Awilco is reportedly poised for entry into the sector. Reports from Norway say that the division of Awilhelmsen is poised to launch a new company for maintenance and service operations targeted at the offshore wind sector. Awilco will establish a new company called Integrated Wind Solutions and is reported to be ordering a fleet of new construction and service operation vessels according to...