The charges were laid against Graham Daws and Michael Stanton by Western Australia's Department of Primary Industries and Regional Development after whistleblower footage was released in April 2018 of thousands of sheep dying of heat stress on the Awassi Express on a voyage from Australia's winter to the Middle Eastern summer.

Earlier in the week, Animal Justice Party spokeswoman Virginia Thomas-Wurth said it was disappointing the company and the two former directors only faced 16 charges each.

It's been a year since the 30-year-old, converted container ship Awassi Express was renamed the Anna Marra, and the vessel, currently in Geelong in Victoria, saw a new group of protesters join the on-going debate in Australia over the live export industry. 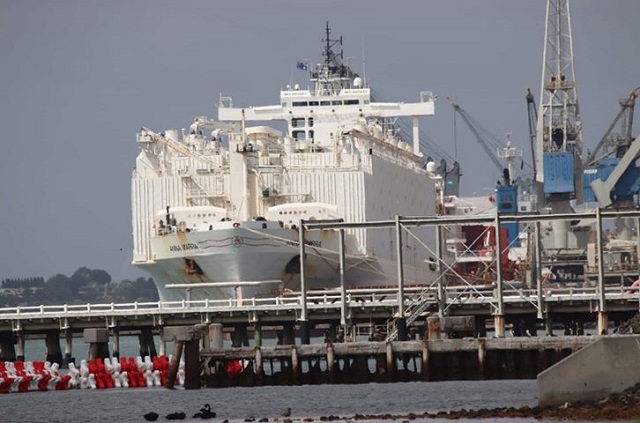 Spokesman for Geelong Against Live Export (GALE), James Bush says the 2,400 sheep that died on the 2017 voyage of the Awassi Express were “basically cooked alive on this floating oven; standing covered in their own excrement. Dying and dead sheep were thrown overboard. 60 Minutes ran the story, it caused outrage. Now this vessel is back, and we will keep protesting this disgraceful industry.” 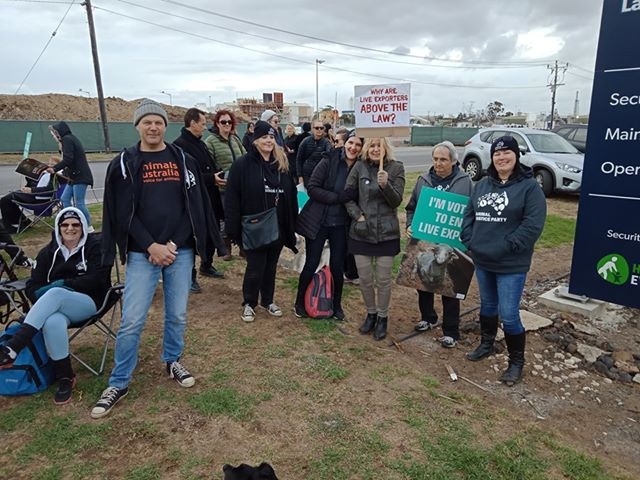 Meddick believes the industry is damaging to Australia's reputation. “It's not the clever country but the cruel country.”

However, the live export industry is positive about animal welfare improvements that have been made since the whistleblower footage sparked action. In September, the Australian Livestock Exporters’ Council (ALEC) welcomed the resumption of trade after a winter moratorium with news of an analysis that indicates that almost half of all revenue generated by live exports is retained on farms, earning producers around $100 million per year on average and employing 3,443 people on a full-time basis.

“Our trading partners need security and stability. The industry has established strong partnerships with clients, some sourcing Australian sheep for over 40 years. The impact to the industry over the past 18 months has seen uncertainty but with positive change for the industry. Initiatives like the moratorium mean that competitors have entered some of our markets in order to guarantee food security. The positive impact on animal welfare is the net gain, and there is no doubt that we do lead the world in that respect,” says ALEC CEO Mark Harvey-Sutton.

The Australian government has documented a timeline of live export controversy dating back to the 1830s. The recently updated chronology now includes the Awassi Express controversy.

When the Awassi Express was renamed last year, Animals Australia said: “This isn't the first time the live export industry has tried to fix its image problems by changing the name of controversial vessels. The infamous Cormo Express - on which over 6,000 sheep perished after being stranded at sea for months - was later re-branded as the Merino Express.

“But the name 'Cormo' remains embedded in Australia's psyche as one of the most shameful episodes in our live export history. And it's safe to say the Awassi Express - the scene of unconscionable cruelty and neglect - will not be erased from our memories anytime soon.” 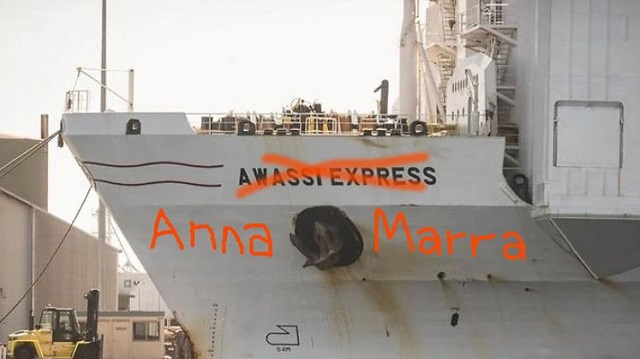