A keel-laying ceremony was held on June 18 for Carnival Cruise Line's Mardi Gras at the Meyer Turku shipyard in Turku, Finland. The cruise ship is scheduled to enter service in August 2020.

The ceremony included the placement of coins on top of a 750-ton keel block. 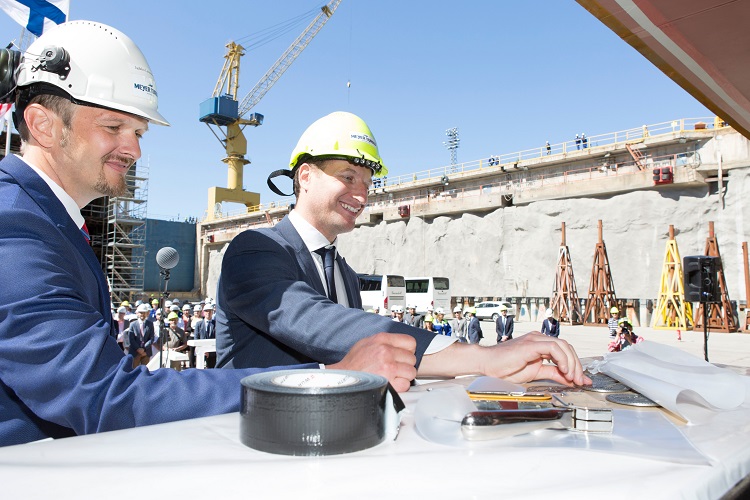 The 1,130-foot, 180,000 gross ton Mardi Gras will be the first cruise ship in North America to be powered by LNG, part of Carnival Corporation's "green cruising" platform.

Mardi Gras will have capacity for 5,200 passengers and will offer a variety of new features including BOLT, the first roller coaster at sea; the first seagoing restaurant by legendary chef Emeril Lagasse; and six themed zones with a range of culinary, beverage and activity choices. At the heart of the ship there is Grand Central, a large open three-deck space for entertainment and relaxing. A special feature of Grand Central is its floor-to-ceiling glass front.

Mardi Gras is set to debut in Europe on August 31, 2020, then reposition to New York for a series of voyages before shifting to Port Canaveral, Florida, for year-round Caribbean departures.

The building program for Mardi Gras is taking advantage of some of Meyer Turku’s 200 million euro upgrade program. The steel halls at the shipyard are going through a major rebuilding with new machines and new IT-systems and building processes. 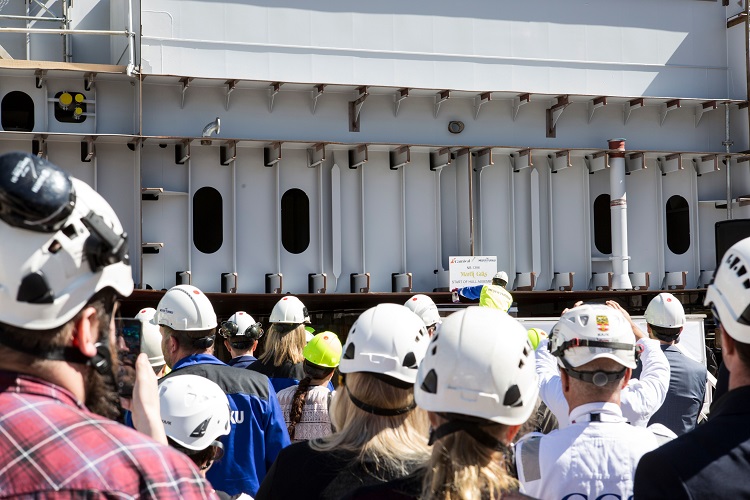