Mitsui O.S.K. Lines marked the start of commercial service for Japan’s first LNG-fueled ferry as part of its efforts to reduce emissions in the shipping company’s domestic operations. They are currently planning a total of four LNG-fueled dual-fuel vessels to join the growing worldwide adoption of LNG including in the passenger and ferry segments.

The 17,300 ton Sunflower Kurenai operated by the MOL Group’s Sunflower Ferry Company was delivered in late 2022 and testing began before commercial operations on January 13. The ferry serves the Osaka-Beppu route as a replacement for the Sunflower Ivory, a 25-year old conventional ferry. In addition to providing the new vessel with dual-fuel systems, it is also approximately twice the size of the older ferry and introduces a new level of luxury and amenities for passengers on the trips which last about 12 hours.

MOL announced plans to build the ferries in 2019 working with the Mitsubishi Shipyard. The ship was launched in March 2022 and measures 656 feet in length. Passenger capacity was increased slightly from 710 to 716 on the new ships while the loading capacity for trucks was significantly increased from 92 to 137 units. The vessel has a speed of 22.5 knots.

Compared to earlier ferries, the new vessel offers greater transport capacity and convenience for both cargo and passenger transport. In freight transportation, it has a greater capacity to load trucks and provides a larger, more comfortable room for truck drivers. The number of seats in the restaurant was enlarged by 1.5 times, and spacious and open public areas include a three-deck atrium. 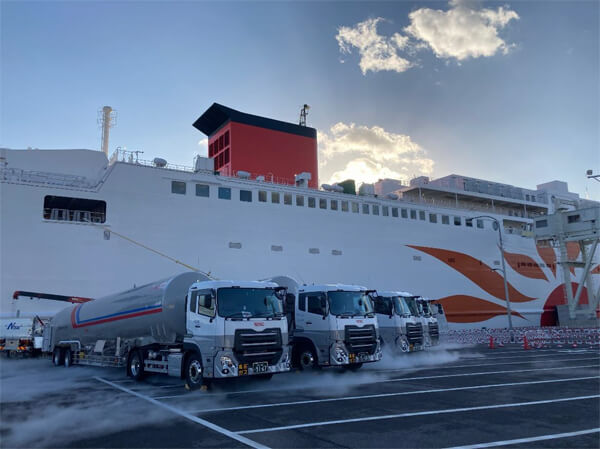 The company is also using a unique fueling method for the new ferries which will supply them with the LNG during calls at the Port of Beppu. The fuel is being loaded by truck-to-ship to the ferry using a skid that connects four tank trucks to the ferry. Unlike a conventional method of receiving LNG fuel supply by connecting a single tank truck to LNG-fueled vessels, the skid enables the ferry to receive LNG fuel from four tank trucks simultaneously, speeding up the process.

Following the Sunflower Kurenai, the Sunflower Murasaki is due to enter service in April 2023 as the first and second LNG-fueled vessels operated by Ferry Sunflower. The company also plans to build two state-of-the-art 15,600 ton LNG-fueled ferries and put them into service in 2025 to replace vessels currently operating by MOL Ferry Company on the Oarai-Tomakomai route. These ferries were ordered in February 2022 to be built by Naikai Zosen.

Last week, MOL entered into supply agreements for LNG at both the Port of Oarai in Ibaraki Prefecture, and at the Port of Tomakomai in Hokkaido also through the truck-to-ship method. This supply agreement coincides with the launch of the MOL ferries in 2025.

MOL says it will further expand the adoption of LNG-fueled vessels, accelerating its efforts to reduce total greenhouse gas emissions. The company plans to expand its use of LNG across all segments of its shipping operations as well as the exploration of future alternate fuels.

These two ferries join a growing global fleet of LNG-fueled passenger vessels. DNV calculates in its Alternative Fuels Insights database that there are currently 43 LNG car/passenger ferries operating capable of LNG as well as seven on order. In the RoPax segment, they report there are 21 LNG-fueled vessels operating with another 12 on order. Across all segments of shipping, DNV reports there are currently 355 LNG-fueled vessels now in service with current orders set to increase the total to 870 LNG-fueled ships by 2028. 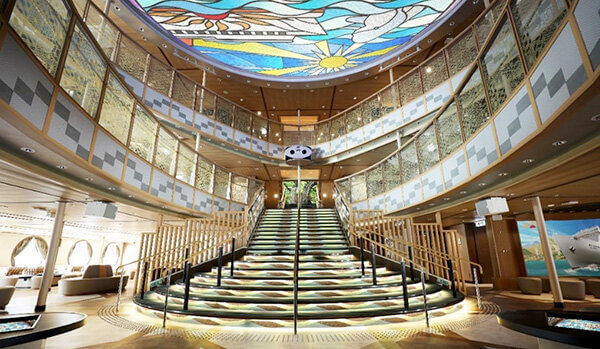 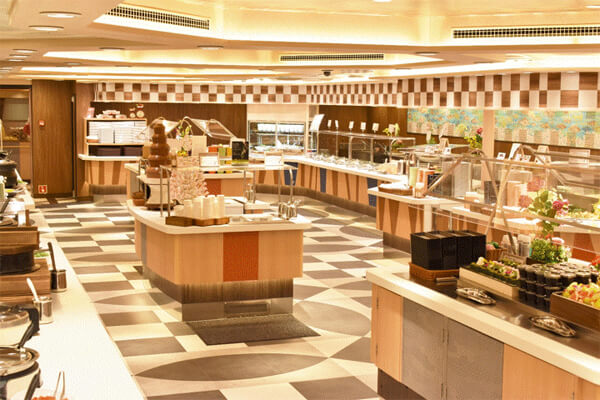 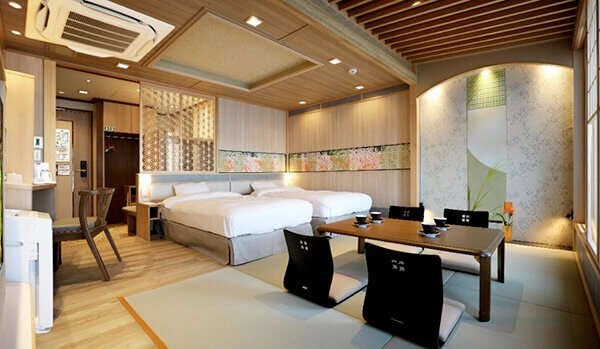