Japan is preparing for the entry into service of its first domestically built dual-fuel LPG carrier that will operate on liquefied petroleum gas for the Japanese Astomos Energy Corporation. Recently they celebrated the naming of the vessel, the Crystal Asteria, which is due to enter service later this month.

Astomos, which was formed in 2006, is focused on developing the LPG industry as an alternative fuel in Japan. The company recently said that it had been exploring the introduction of LPG-fueled tankers to its fleet of 20 vessels and working with Singapore-based Kumiai Navigation had proceeded with the order of the new vessel. Kumiai, which is building a total of four LPG-fueled VLGCs, will own the Crystal Asteria that will operate on a long-term charter to Astomos.

According to the companies they decided to proceed with the dual-fuel vessel capable of operating on LPG to be compliant with SOx regulations and also EEDI Phase 3, which is required for ships contracted to be built in 2022 or later.

Discussing the advantages of LPG in 2019 after the company ordered the LPG carriers, Tomomaru Kuroyanagi, managing director of Kumiai Navigation, said the vessels featured the latest designs from Kawasaki Heavy Industries which is building the Crystal Asteria at its Sakaide facilities. He said that LPG is more convenient and cost-effective versus LNG, and while it added 10 percent to the construction costs presented long-term advantages for the owner and operator.

The vessel, which will be approximately 54,000 DWT, is powered by a MAN electronically controlled liquefied petroleum gas injection diesel engine (ME-LGIP engine) manufactured by Kawasaki. It will measure 754 feet in length and a beam of 122 feet. It will have an LPG cargo tank capacity of 84,229 m3. 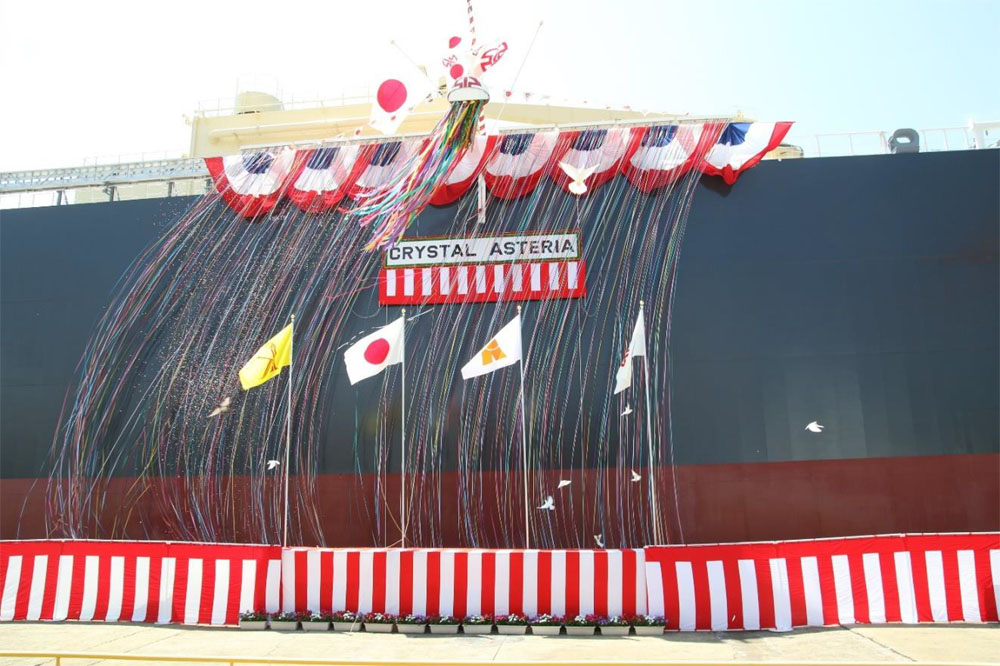