How Tide Predictions Made D-Day Possible

Israel's defense ministry announced Sunday that it has nearly completed a new seaside fence to enclose the northern edge of Gaza's shoreline.

“The work to erect the land and sea barrier around the Gaza Strip is progressing at a fast and impressive rate,” said Israeli defense minister Avigdor Liberman. “Our ability prevent attacks near the Strip gets better all the time.” 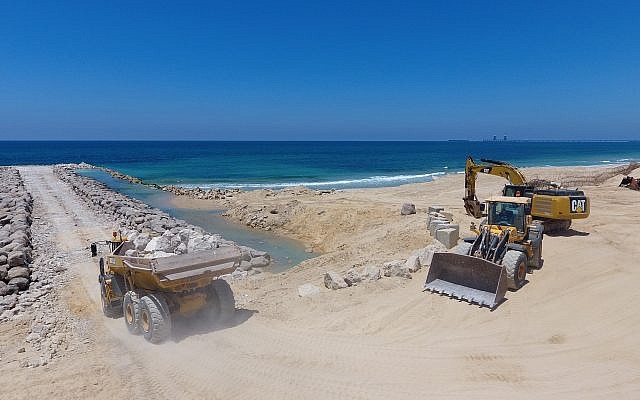 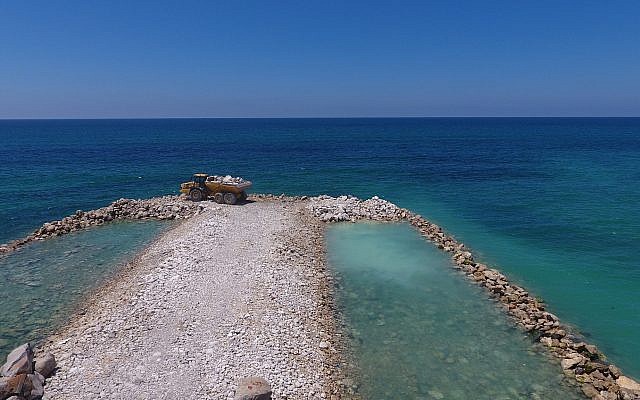 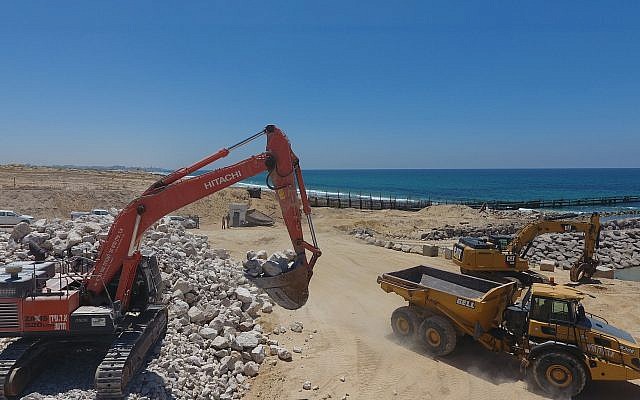 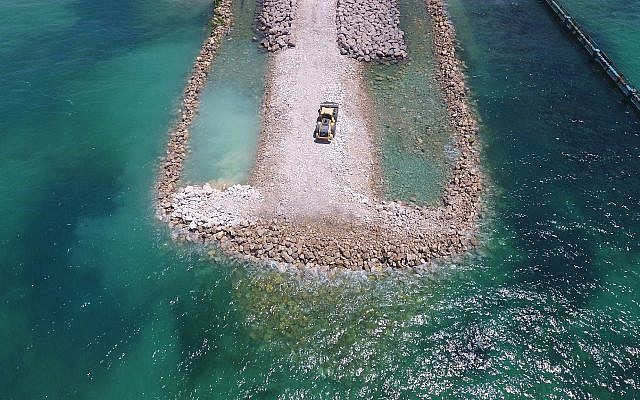 The new fence will be about 650 feet long, 150 feet wide and will extend 20 feet above the water. This "impregnable breakwater" will also have "defensive infrastructure" on top, to include barbed wire. It is designed to withstand wave action and provide a long service life. Liberman has described the barrier as the only one of its kind; a comparable fence already exists at the U.S.-Mexico border south of San Diego, but is smaller in scale.

Israel has already constructed a border fence along its land border with Gaza, and it maintains close control of the enclave's maritime border by means of a persistent naval presence. Palestinian fishermen are confined to territorial waters within 12 nm of shore, and foreign vessels are not permitted to enter. Egypt has control of the border crossing to the south.

On Saturday, Israeli naval forces boarded and seized a Swedish-flagged sailboat in international waters about 40 nm off the coast of Gaza. The vessel had intended to sail directly to Gaza without permission, and its crew claimed that it was bringing medical supplies. Israel says that its naval blockade of Gaza is targeted at weapons smuggling, specifically shipments of arms to the designated terrorist organization Hamas, which has conducted a long-running insurgency against Israeli forces.

How Tide Predictions Made D-Day Possible

D-Day, codenamed Operation Neptune, was the largest amphibious landing not only in World War II, but in history. It marked the start of the liberation of German-occupied France (and later western Europe) and laid the foundations of the Allied victory on the Western Front.  But what most people don't know is that ocean tides played a key role in this historic day. In this interview - transcribed and adapted from an edition of NOAA's Ocean Podcast series - NOAA managing...

[By Dr. David Brewster] Last month’s clash between Indian and Chinese troops in Ladakh was the most significant conflict between the two countries since 1967. Despite signs of a partial tactical pullback in some places, there is considerable risk of further confrontations and even escalation along the disputed border. Some have been urging the Indian government to respond to China’s moves in the Himalayas by placing pressure on Beijing in the Indian Ocean. What are India’s options and how likely...

A U.S. Coast Guard aircrew medically evacuated a 26-year-old fisherman Saturday morning from the fishing vessel McKenzie Rose at a position about 100 miles off Coos Bay, Oregon. The fishing vessel’s captain called watchstanders at Coast Guard Sector North Bend on VHF at about 0530 to report that a member of the crew had sustained a head injury and was in need of medical attention. The McKenzie Rose began to transit toward shore in order to close the...

[By David Uren] China is expressing an interest in joining the updated Trans-Pacific Partnership free-trade agreement, which was originally designed as the centrepiece of the Obama administration’s ‘pivot to Asia’, intended to cement a non-Chinese Asian regional group. China’s premier Li Keqiang told the National People’s Congress at the end of May that China had ‘a positive and open attitude’ towards signing the agreement. His comments were repeated later by commerce ministry spokesman Gao Feng, who noted that the agreement...