Iranian officials are reporting that an ongoing search and rescue operation saved 29 crewmembers from a UAE-registered Ro/Ro cargo ship that sunk earlier today in heavy weather. Conflicting reports are saying that the search is underway for one additional crewmember or that the last person was believed to have died when the 6,000 dwt Al Salmy 6 sunk in the Persian Gulf.

Weather forecasters in the area had issued warnings for a powerful storm that was expected to bring high seas and wind gusts to the region. Rescuers are reporting that the winds were above 40 mph when the vessel rolled to its starboard side and began sinking. It went down approximately 30 miles off Iran’s Assaluyeh port. 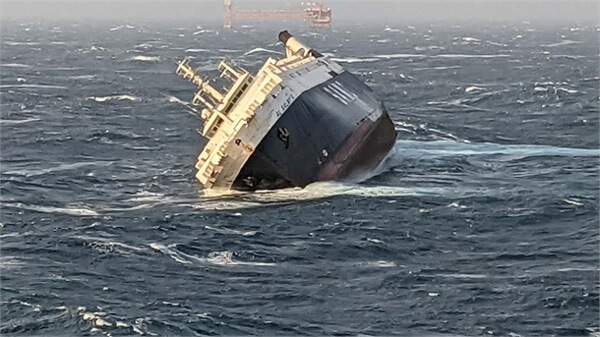 A video of the sinking of an #Emirati ship near the !Iranian port of #Asouleh.
#UAE #Iran pic.twitter.com/SjEKAOaGgx

Captain Nizar Qaddoura, operations manager of the Salem Al Makrani Cargo Company reported that 11 of the crewmembers were able to make it into rafts while two Iranian patrol boats rescued 16 others in lifejackets. One member of the crew was believed to have been rescued by a nearby tanker. Initially, they indicated that two were still missing but the latest Iranian news agency reports are saying 29 were rescued. The captain told the news agencies that the crew consisted of individuals from Sudan, India, Uganda, Tanzania, and Ethiopia.

In addition to the two Iranian patrol boats, officials said that they had requested a helicopter to join in the search. A port official however told reporters that they would be searching for the body of the missing member of the crew.

The vessel which was built in 1983 had left Dubai carrying cars and other cargo bound for the southern Iraqi port of Umm Qasr. 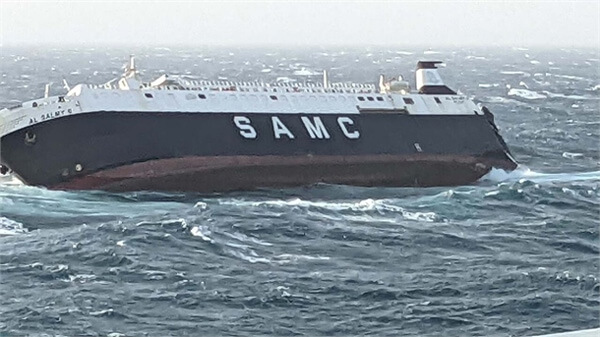