Keeping ships’ hulls free from just a thin layer of slime can reduce a ship’s GHG emissions by up to 25 per cent, according to the preliminary findings of a new IMO study released last week. The report shows the importance of biofouling management, and it suggests that the impact of hull fouling has historically been underestimated.

The early findings of the IMO's study on the impact of biofouling reveals that a minor layer of slime as thin as 0.5 mm covering up to half of a hull surface can trigger an increase of GHG emissions in the range of 20 to 25 percent, depending on ship characteristics, speed and other conditions. 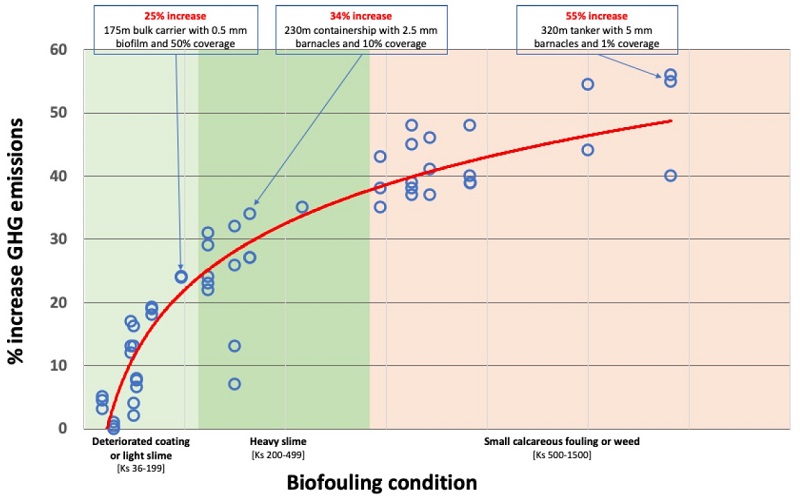 Biofouling is the build-up of marine growth on underwater surfaces, and it is one of the most significant factors impacting the efficiency of all ships in service. Biofouling increases the resistance generated by the ship's hull as it moves through the water. Maintaining a smooth and clean hull reduces resistance, saving fuel and reducing emissions.

More severe biofouling conditions can lead to higher emissions, showing the importance of good biofouling management. With a light layer of barnacles or tubeworms, an average container ship can see an increase in GHG emissions of up to 55 percent, dependent on the ship's characteristics and speed.

The report was sponsored by the Global Industry Alliance (GIA) for Marine Biosafety, a group of companies that cooperate under the framework of the IMO's GloFouling Partnerships project.