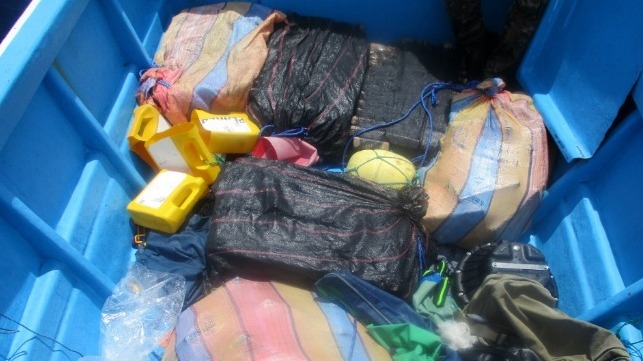 Just weeks after the general manager of China Shipbuilding Industry Corporation (CSIC) was expelled from the Chinese Communist Party, the giant shipbuilder lost the head of one of its leading research divisions to the same fate. The senior director of CSIC's 718 Research Institute, Bu Jianjie, is under formal investigation for allegedly obtaining Canadian citizenship without authorization, among other charges, and has been removed from the party.

The 718 Research Institute is focused on the development of naval submarine systems, and its areas of activity include nuclear power, hydrogen production, sensitive instrumentation and specialty gases. Bu specialized in  air-independent propulsion, the ultra-quiet power systems that can surpass nuclear subs for stealthiness. He now stands accused of violating organizational discipline; obtaining Canadian citizenship in violation of regulations; failing to report personal matters; corruption; embezzling public funds; and taking advantage of his job to gain benefits for other entities in exchange for bribes.

Two regional anti-corruption bodies, the Hebei Provincial Commission for Discipline Inspection and the province's Supervisory Commission, investigated Bu's activities. He has been expelled from the Chinese Communist Party, his retirement benefits will be cancelled, and his case will be transferred to the Hebei Provincial People's Procuratorate for prosecution and "the confiscation of illicit assets."

Bu, 64, is a graduate of Harbin's College of Shipbuilding Engineering, and he was a well-regarded defense scientist in China. He spent time at two universities in Canada as a visiting scholar in 1996.

Last week, the U.S. Coast Guard seized about 1,400 pounds of cocaine from a go-fast vessel off the Pacific coast of Central America. A maritime patrol aircraft first spotted the suspected smuggling vessel and it diverted the crew of the Coast Guard Cutter Bertholf to its position. Once on scene, Bertholf’s crew launched a small drone to locate the suspected smugglers. After the smugglers complied with orders to stop their boat, the Coast Guard crew boarded the vessel and discovered a cache of 1,400 pounds of cocaine...