Protestors from the environmental group Greenpeace blocked the waterways around Europe’s largest oil refinery located in the Port of Rotterdam earlier today. Targeting Shell’s Pernis refinery, the activists sought to call attention to the launch of a new effort seeking to ban advertisements and sponsorships both by oil companies as well as ferry, car companies, and airlines using fossil fuels.

“We’re blocking Europe’s largest oil refinery with the very same ads that the fossil fuel industry use to deceive the public about their responsibility for climate breakdown,” said Silvia Pastorelli of Greenpeace. “Fossil fuel companies, car companies, and airlines have refused to change their polluting business, but use ads and sponsorships to present themselves as the solution to the climate crisis they caused. We’re asking the public to make their voices heard and demand an EU ban on fossil fuel ads.”

Greenpeace’s 100-foot sailing ship the Beluga II dropped anchor at 9:00 am this morning at the entrance to Shell’s refinery. Activists in kayaks, canoes, and inflatable boats formed a second blockade on the water. Another group built a barrier on the water with fossil fuel ads attached to 22 huge floating cubes. Additionally, nine people climbed up an oil storage tank and attached ads next to Shell’s logo. 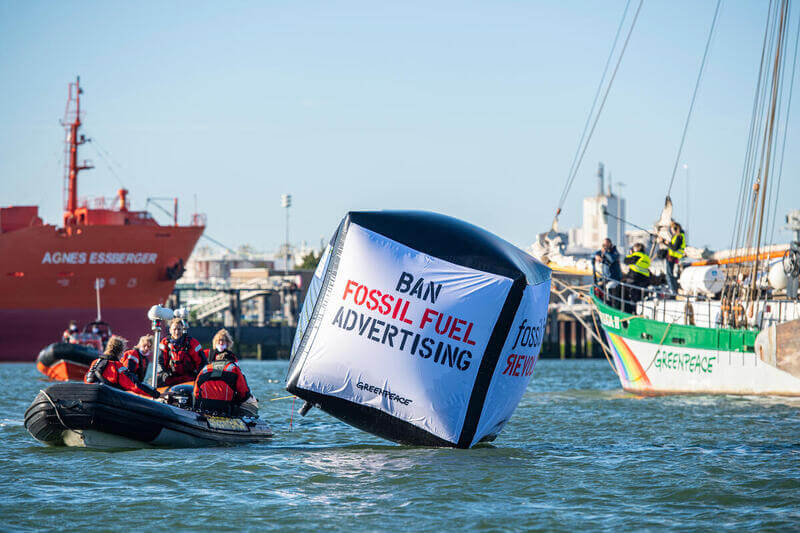 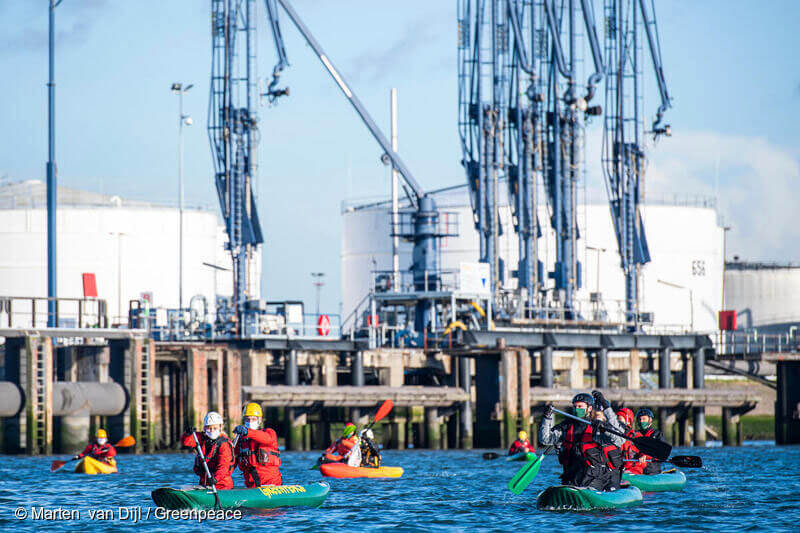 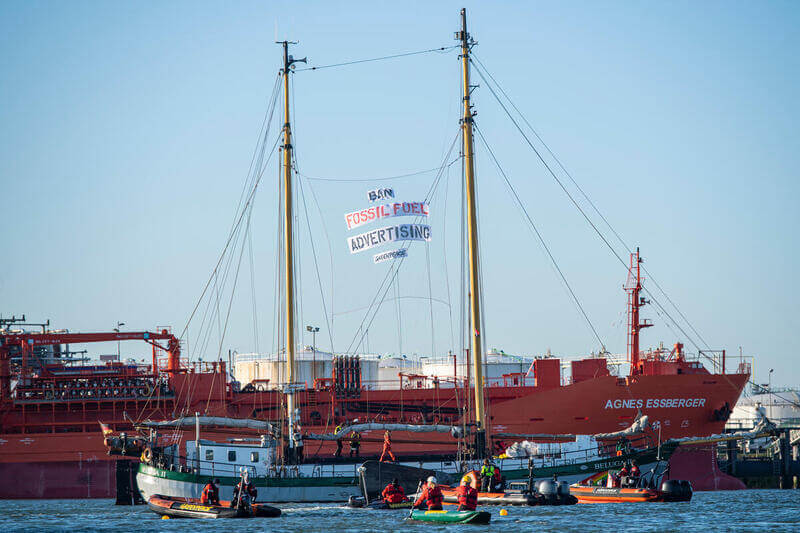 Greenpeace Netherlands reported that it found that an average of 63 percent of fossil fuel companies’ advertisements were using the practice known as greenwashing, whereby they are accusing the companies of misleading consumers by failing to accurately reflect the companies’ business and promoting false solutions as clean energy alternatives. Assessing over 3,000 ads published on Twitter, Facebook, Instagram, and Youtube between December 2019 and April 2021, Greenpeace says only 16 percent of the advertisements analyzed from Shell, Total Energies, Preem, Eni, Repsol, and Fortum, were explicitly for fossil fuel products, although this is the majority business of all six companies.

The protest remained peaceful and was broken up by the police after a few hours. The Port of Rotterdam said that it had no impact on operations while Shell expressed concerns about the safety concerns due to the blockade and people climbing on the facility.