For the third time this month, activists from Greenpeace staged a protest aimed at disrupting natural gas operations in their efforts to call attention to their causes in the lead-up to the United Nations Climate Summit. Protestors blocked the Enagas gas terminal in the Valencia region of Spain.

The protest began mid-morning when Greenpeace’s largest ship, the 2,000 gross ton Esperanza anchored off the port of Sagunto. The ship was positioned to block the entrance to the gas facility coordinated with the arrival of a gas carrier from the United States. Greenpeace launched zodiacs displaying banners and seeking to further disrupt operations.

The 73,000 dwt gas carrier Merchant was arriving from Texas loaded with a cargo of 178,000 cm of liquefied gas that Greenpeace said was produced through the controversial fracking process. The captain of the gas carrier remained outside the harbor during the protest. At one point during the protest, Greenpeace’s zodiacs came alongside painting the words “no gas,” in English and Spanish on the hull of the vessel.

"It is time for Enagás and the rest of the gas sector to assume an urgent and real commitment in the fight against climate change and the energy transition and to stop promoting dubious solutions with green advertising and public money to maintain their business model," said Tatiana Nuño, head of Greenpeace's climate change campaign. “Companies like Repsol, Naturgy or Shell invest millions in advertising to convince us that a fossil fuel as harmful to the climate as gas can be part of the solution to the emergency climatic. The time has come to remove the microphone from the climate killers and turn off their dirty propaganda.”

As with previous efforts at the Shell plant in Rotterdam and at a gas facility in Croatia, Greenpeace is protesting the advertising by the oil and gas industry. They are calling for a ban on advertising and sponsorship by oil companies. In today’s protests, there were also messages against the rise in the price of oil and gas in recent weeks and the use of LNG.

The Esperanza remained anchored blocking the gas terminal despite repeated calls from the authorities for the vessel to move. One of the protestors climbed down the anchor chain of the vessel in an effort to prevent Spain’s Civil Guard from approaching the vessel and later in the day the protestors unfolded a large banner reading “Gas is not the future.”

Saying that it had respected the rights of the protestors but that they needed to clear the area, the Valencia Port Authority requested the Civil Guard to take action. The protestor on the anchor chain withdrew and the Civil Guard boarded the Esperanza. Late this evening, Greenpeace reported that its crew was unharmed but had surrendered control of the vessel. The Civil Guard moved the Esperanza clearing the way for the gas carrier to proceed to the terminal. 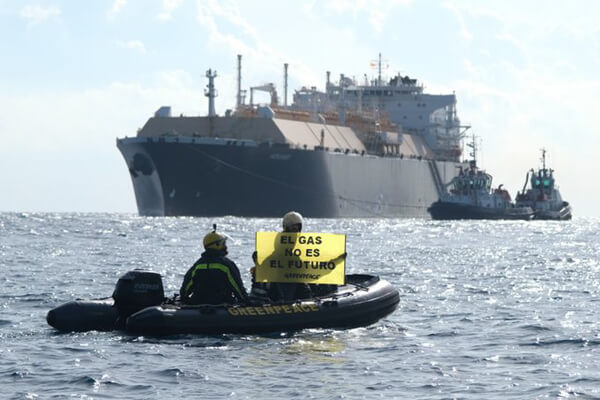 Greenpeace's protestors blocked the arrival of the gas carrier Merchant 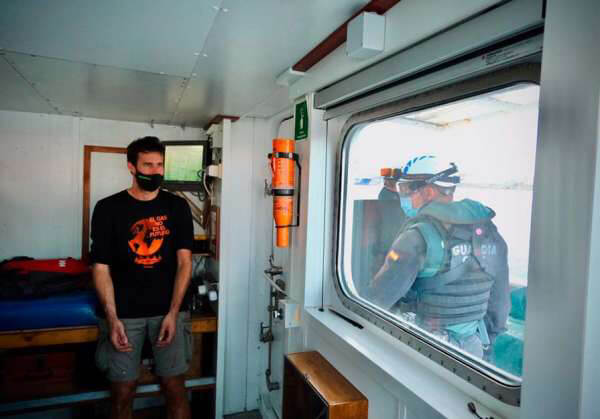 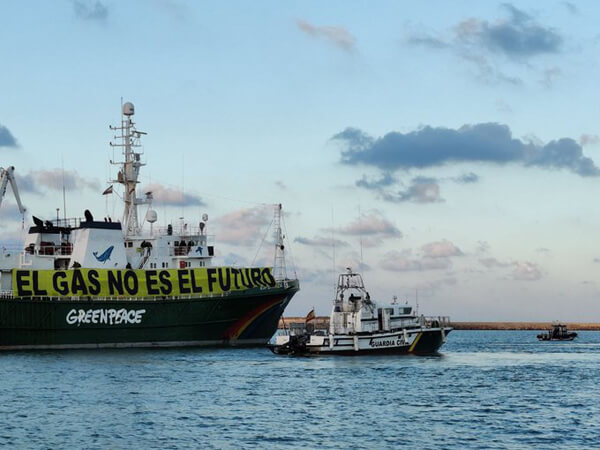 The Civil Guard moved the Esperenza to clear the terminal 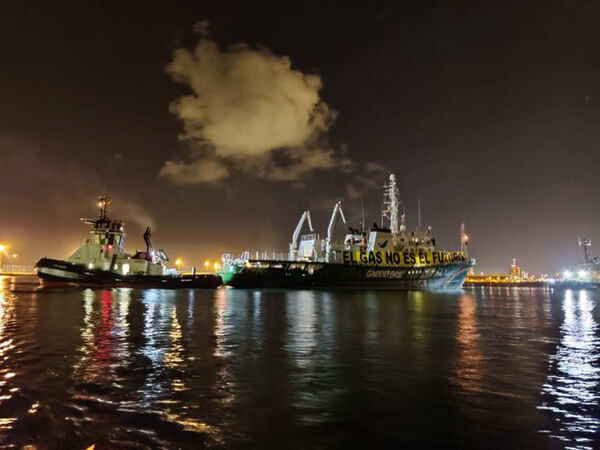