Activists from Greenpeace Nordic stopped the LNG gas carrier Coral Energy from unloading its cargo of Russian gas at an LNG terminal in Nynäshamn, south of Stockholm, Sweden today. It was the latest in a series of protests the environmentalist organization has staged against tankers over the past few months highlighting imports from Russia and their broader calls to end the use of fossil fuels.

“The fact that Russian fossil gas is still allowed to flow into Sweden, more than six months after Putin began his invasion of Ukraine, is unacceptable,” said Karolina Carlsson, campaign leader at Greenpeace Nordic. “The Parliament has given the Swedish government a clear mandate to stop all imports of Russian energy to Sweden and it is Prime minister Magdalena Andersson’s obligation to act on this.”

Climbers from Greenpeace occupied the cranes that unload the gas from the ship while Greenpeace’s sailing vessel SY Witness and activists in kayaks are in the water to prevent the ship from docking. 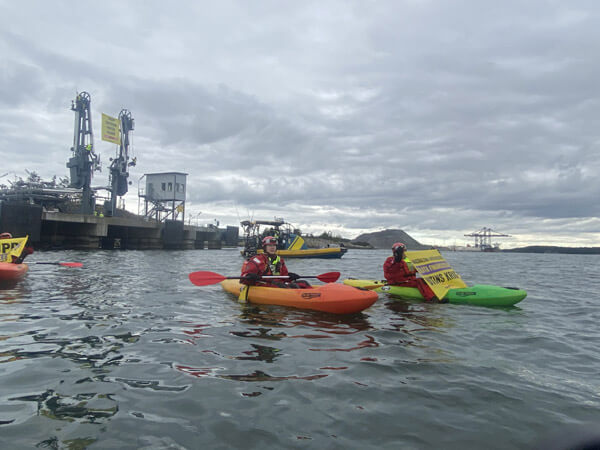 The 12,268 dwt gas carrier was arriving from Finland. It has the capacity to carry up to 15,600 cm of LNG. The vessel, which is registered in the Netherlands, continues to hold offshore near Sweden. Its AIS is reflecting “for orders,” at this time.

Greenpeace Nordic is demanding that the Swedish government declare an immediate stop to the import of Russian fossil gas. According to the protestors, the ship’s load of Russian gas from Vysotsk is estimated to be worth over a quarter of a billion Swedish krona (approximately $250 million) when it left Russia. They contend that the money is “equivalent to almost four advanced Kalibr missiles or about 80 of the older Tochka-U missiles, weapons systems used by Russia in Ukraine.” 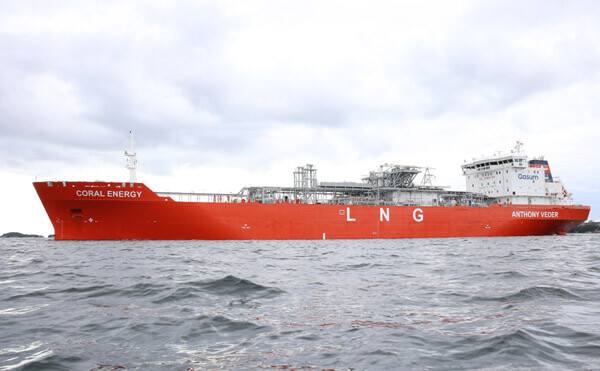 They chose to target the Coral Energy because the Finnish state-owned Gasum they said has regularly imported gas from Russia’s Gazprom. Since the invasion of Ukraine in February, Greenpeace says Sweden has received around 100,000 cubic meters of LNG from Vysotsk in Russia. Despite the fact that the government is fully aware of this, and has a clear mandate from the Swedish people and an announcement from the Parliament to stop importing Russian energy, Sweden continues its imports, and by this to finance the Russian military.

AFP cites reports from Sweden's government that says only two percent of the country’s total energy supply is made up of natural gas and Russian energy accounts for less than half of that. They also noted that neither the EU or Sweden currently has sanctions on Russian gas.

The local police were at the gas terminal but at last report had not taken any actions. It was expected that the protest would end at nightfall.

Greenpeace protestors earlier this year blocked a tanker that was also scheduled to dock in the UK. They also went into North Sea anchorages protesting the oil and gas imports and painting messages on the hulls of tankers. They also used their boats to block the ship-to-ship transfer of oil arriving from Russia.