Investigators from the Animal Welfare Foundation and Israel Against Live Shipments have filmed animal welfare issues during the transport of cattle from Lithuania to Israel. The groups are calling on the European Commission to stop the long-distance transport of live farm animals to Israel and other non-E.U. nations.

The film has been sent to the E.U. Commissioner Vytenis Andriukaitis who is responsible for animal welfare and also a Lithuanian politician.

Warning: Some viewers may find this footage disturbing.

The European Union's concept of animal welfare is laid down in Article 13 of the Treaty of Lisbon, which recognizes animals as sentient beings and pays regard to their welfare requirements. However, the welfare groups say there is huge discrepancy between the E.U.’s recognition of animal welfare as an important European value and Member States’ and the Commission’s failure to effectively address the problems involved in the live export trade.

The investigators documented a live export transit over two weeks which included a road journey of around 1,700 kilometers. On route from Lithuania, the investigators notice a leg sticking out from one of the two trucks they were monitoring and called the Road Traffic Inspection (road police) in Poland. 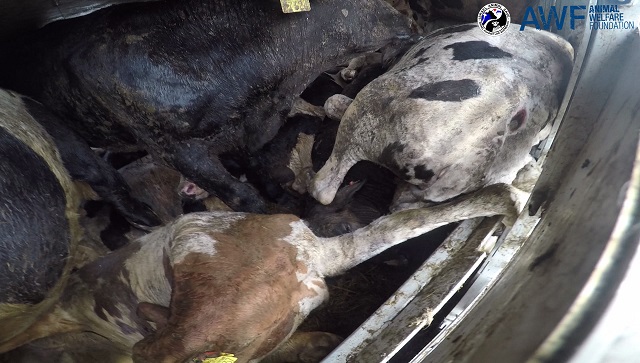 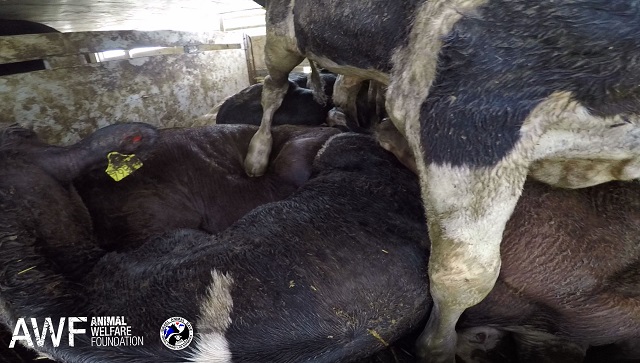 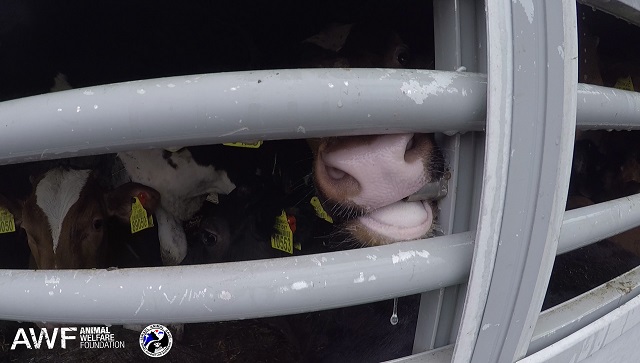 The officials were rendered speechless by the conditions they saw inside the trucks, says Israel Against Live Shipments. Official veterinarians were called, and they found multiple violations of Regulation (EC) No. 1/2005, with calves transported in extremely overcrowded conditions, lying in a thick layer of manure, suffering from high ammonia levels, heat and extreme thirst. These conditions caused the death of some animals, others were so exhausted that they had to be dragged by their legs from the trucks. 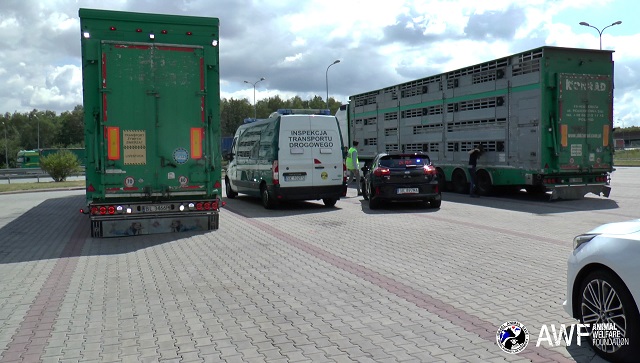 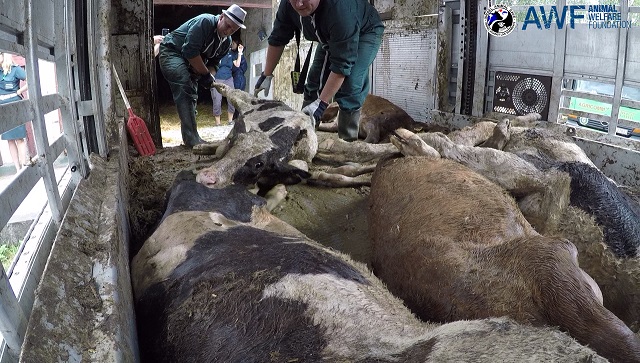 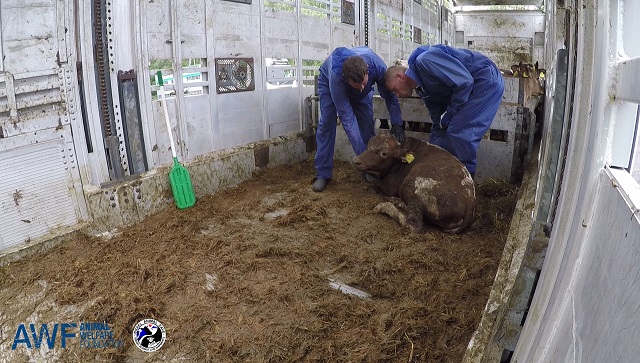 Maria Boada-Saña, investigator and project manager at Animal Welfare Foundation, says: “This was the worst and the most tragic sight I have seen in all these years working as an investigator in animal transportation. It is incomprehensible how official veterinarians in Lithuania approved these transports. The more I am happy that the Polish officials immediately decided to unload the suffering animals and started administrative proceedings against the Polish transport company.”

After a 24-hour-long rest at a stable, the animals were transported to the port of Koper in Slovenia. This time they were transported on three trucks instead of two, but investigators still observed weak and exhausted calves upon their arrival in the port. From here, the transport continued by sea, and the animals were loaded on the livestock carrier Holstein Express for the four-day journey to Israel.

After arrival at Haifa in Israel, the cattle were loaded on small trucks and transported to quarantine stables. During this stage of transport, the temperature measured inside the trucks exceeded 37 degrees Celsius. The calves will be kept in quarantine for a month before they are sent to fattening farms.

Yaron Lapidot, spokesperson for Israel Against Live Shipments, says: "This investigation confirms our suspicions about each phase of the live exports being a nightmare for the animals and even more so, potentially causing health hazards. A survey taken last year clearly shows the Israeli public is opposed to this practice. We at Israel Against Live Shipments believe and continue to work with our government representatives towards a complete ban on live exports, in the hopes that in our next parliament term a legislative bill will be passed."

Lapidot says: "This year we expect that Israel will import approximately 850,000 live animals - an increase of 400 percent since 2014. By removing the live import tax in 2014, the Israeli government sealed the fate of hundreds of thousands of animals going through hell on the journey to Israel. Ever since then, promises by our agriculture minister to reduce the numbers have not materialized, and essentially the public continues to subsidize the imports."

Boada-Saña states: “The European Commission is promoting live exports to non-E.U. countries, disregarding the welfare of millions of animals. We, together with other NGOs, are consistently reporting serious welfare problems in this trade to Member States and the Commission. They cannot continue to turn a blind eye to this cruel trade.”

In June this year, Israeli media reported that dozens of cattle died as a result of hot, crowded conditions while the livestock were being disembarked from the livestock carrier Maysora. Israel Against Live Shipments also reported in June that the offloading of livestock at Israel's Haifa, Ashdod and Eilat ports had been delayed leaving animals in “shocking conditions.”