Good Samaritans Save Family of Four From Burning Yacht

On Saturday, a family of four had a narrow escape from a yacht that caught fire in the harbor at Conwy, Wales.

As the yacht was departing Conwy and getting under way, smoke began coming from the engine room hatch. The crew made an attempt to put out the fire with extinguishers, but the effort was not successful and the fire continued to grow. They called for help, and all four individuals - two adults and two children - were assisted off the vessel by the crews of two nearby yachts, identified by HM Coastguard as the Osprey and the Freedom.

“That was very quick and extremely brave of [the good samaritans] - the vessel was quite significantly on fire when they made the call to us," an HM Coastguard spokesperson told the Daily Mirror. “They were all very lucky and I have to say my gratitude to those two yachts that rescued them so quickly."

The yacht, abandoned and burning vigorously, drifted upriver with the prevailing wind and tide. Since there was a full cooking gas cylinder on board, which would likely explode at some point during the fire, HM Coastguard opted to let the boat drift without attempting to get close. The Conwy RNLI lifeboat stood by on station to monitor the vessel. 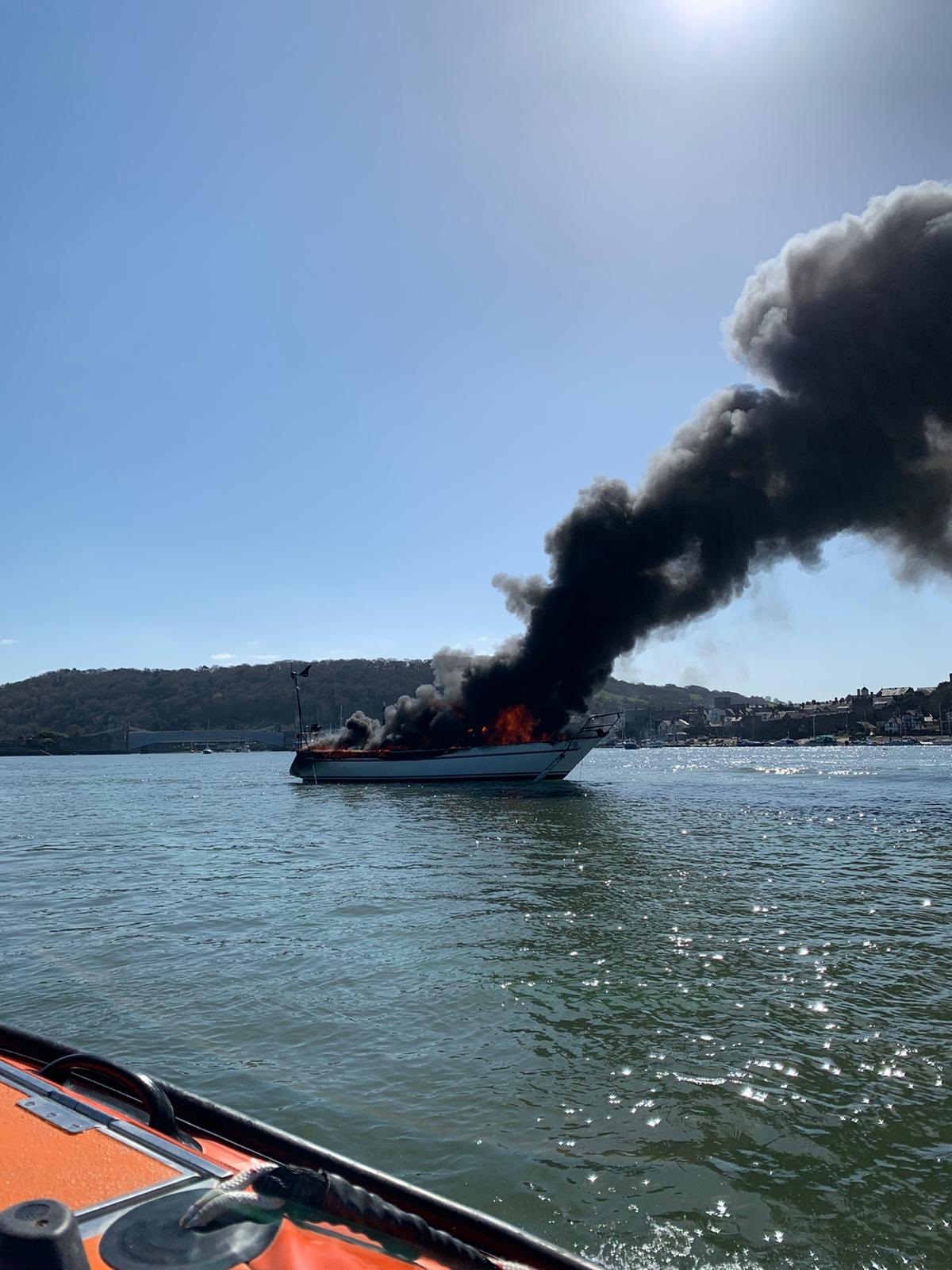 The burning boat gradually drifted up to a floating dock at a marina on Conwy Quay, where it fetched up against a smaller vessel. The fire spread to the second boat, and local authorities closed off the area to the public as a precautionary measure. The boat's gas cylinder did go off as expected, but as no one was nearby there were no injuries, HM Coastguard reported.

With assistance from the harbormaster, the local fire department deployed hoses onto the dock and successfully extinguished the blaze. The responders attempted to move the burnt-out hulk towards shore for recovery, but its hull was badly damaged and it sank during the tow. The second vessel stayed afloat and was relocated closer to shore.