Unified Command response crews have begun operations to reduce erosion around the hull of the Golden Ray by placing a rock “blanket” around it. Sonar and GPS technology are being used to guide the knuckle boom excavator used to deploy the one-to-three-inch aggregate.

The 20,000dwt car carrier partially capsized on September 8 in St. Simons Sound, Georgia, while heading out to sea with 4,200 vehicles on board. The pilot on the Golden Ray, Captain Jonathan Tennant, deliberately grounded the vessel in response to a yet-to-be-revealed emergency onboard. All onboard were rescued safely, although it took around 30 hours to free four crewmembers trapped in the vessel's engine room. A fire has also occurred onboard the vessel. The investigation into the cause of the casualty continues.

The rock is a response to strong tidal currents in St. Simons Sound which have been causing erosion and transporting sediment. Once the vessel is completely dismantled and transferred out of the sound, the rocks will be removed using excavators with sieve buckets.

Trucks are delivering approximately 6,000 tons of rock from several rock quarries located within the state of Georgia.

More than 250,000 gallons of fuel has been removed from the Golden Ray to date. Currently, there are more than 400 people involved in the response with 80 vessels.

Earlier this week, the Unified Command used laser technology to analyze the inaccessible cargo-hold, which produced 3-D images of inside the grounded vessel. 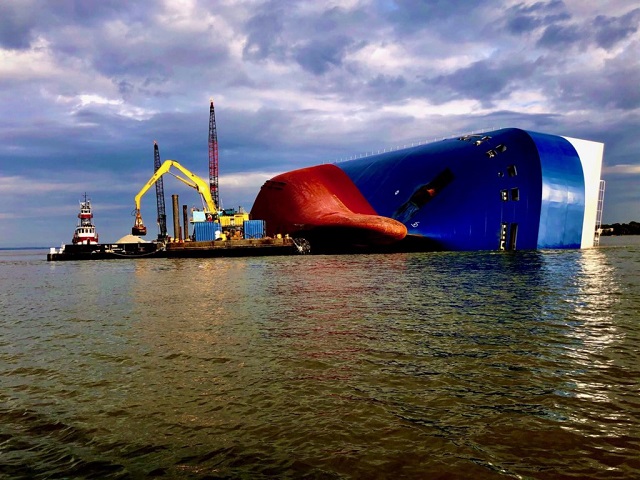 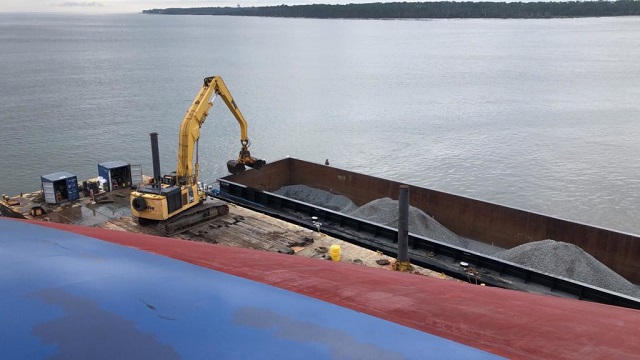