The six coastguardsmen awarded Friday played an essential role in the rescue of the crew of the ro/ro Golden Ray. On September 8, 2019, Coast Guard Air Station Savannah aircrews responded to the vessel, which had partially capsized in Brunswick, Georgia with 24 people aboard. Before daybreak, they hoisted five survivors to safety, including the ship’s captain, and they helped lower the pilot to a Coast Guard Station Brunswick small boat waiting below. After daybreak, with four crewmembers still trapped inside the Golden Ray, aircrews conducted multiple sorties, delivering rescue personnel and critical tools to the vessel by using its starboard side as a landing pad. Thanks to their efforts, all 24 people aboard the Golden Ray were rescued.

Salvage response efforts for the Golden Ray continue. The salvage team, led by newly-appointed lead operator T&T Salvage, hopes to cut the wreck into eight large sections and remove it piece by piece. 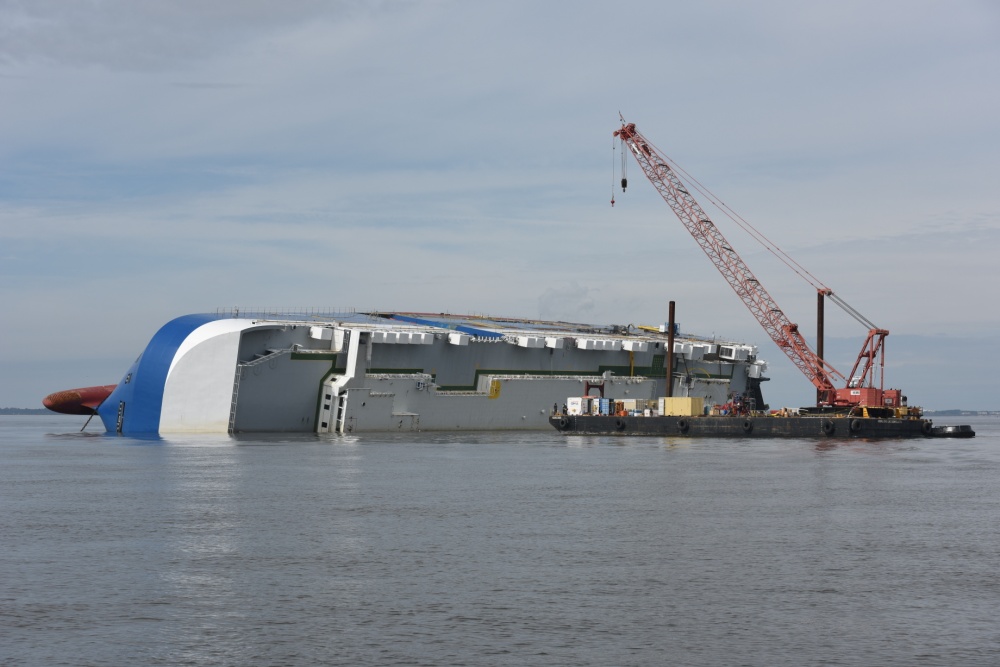