Gibraltar continues to report making progress in its attempts to remove the oils aboard the bulker that hit another vessel at the beginning of the week. Teams are also working to contain the damage from the leaks and a formal investigation was launched.

The condition of the 35,263 dwt bulker OS 35 remains largely unchanged with the salvage teams not immediately fearing that the vessel will break in two after developing cracks in the area of the number two hold. However, the buckling of the vessel caused seals that the divers had placed on the vents from the fuel tanks to pop leading to the continued seepage of oil from the vessel. By this evening the authorities were reporting that the leaks had been slowed and were mostly from the lighter viscosity low sulfur fuel oil, which will be easier to disperse.

Favorable weather conditions are also playing a key factor in permitting the pumping operations of the vessels’ fuel tanks to proceed. Today the salvage team reported that all but five tons of diesel oil has been removed from the vessel. The amount remaining aboard is in engine room tanks and is being used to operate the vessel’s machinery. More than 200 cubic meters of diesel were recovered from the ship. 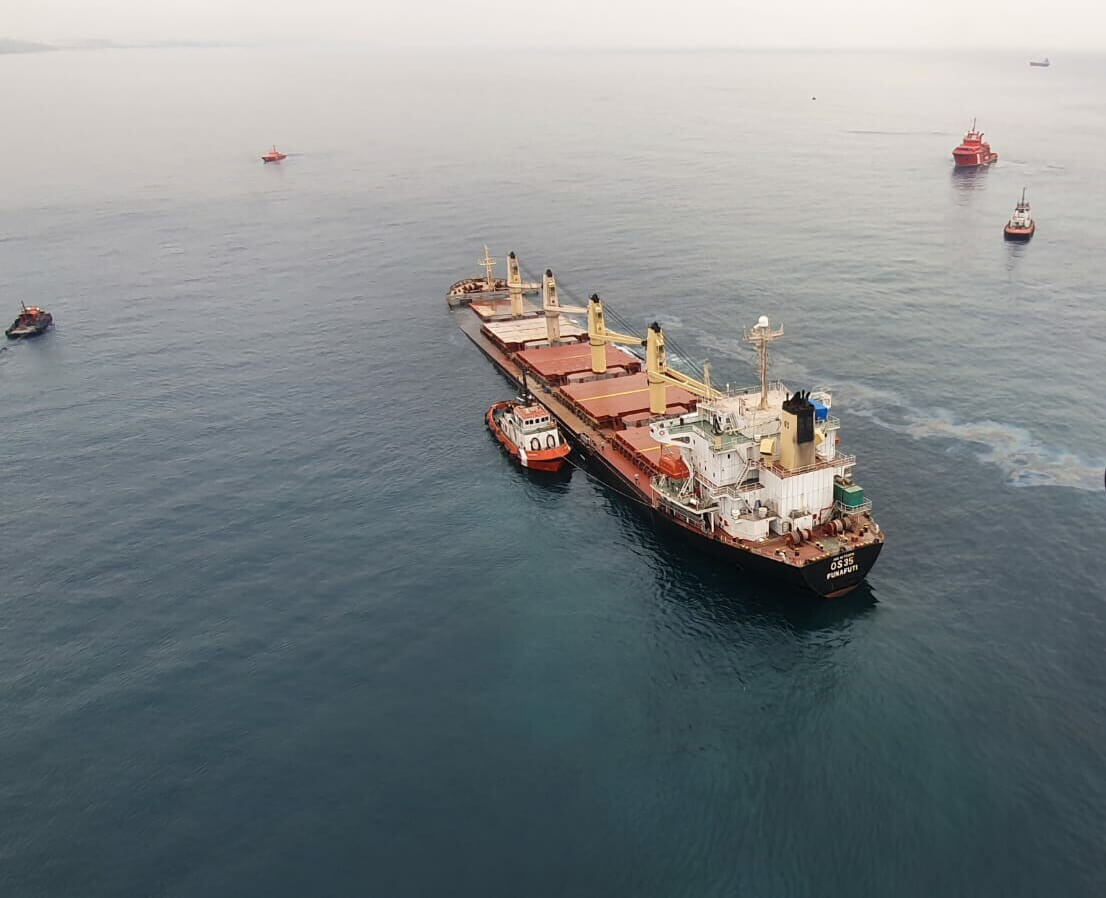 Skimming and clean-up operations are also continuing. More than 12 tons of a mixture of oil and water was removed from inside the boom. Tomorrow the plan calls for placing a new boom arrangement around the vessel while the salvage teams prepare to begin pumping the number one tank.

While the efforts at the ship have been proceeding the warnings have been increased both in Gibraltar and the neighboring Spanish coastline. Tonight, the government suspended fishing around Gibraltar and some beaches are closed despite booms having been strung. Additional equipment is also arriving from the UK and the salvage team based in the Netherlands to assist in the efforts to clean up the spills and with the next steps of the salvage operations.

An independent, experienced accident investor also arrived in Gibraltar from the UK with the role of ascertaining the causes and circumstances of the allision and what happened afterward. The authorities emphasized that this effort focuses on developing recommendations aimed at preventing similar accidents in the future. 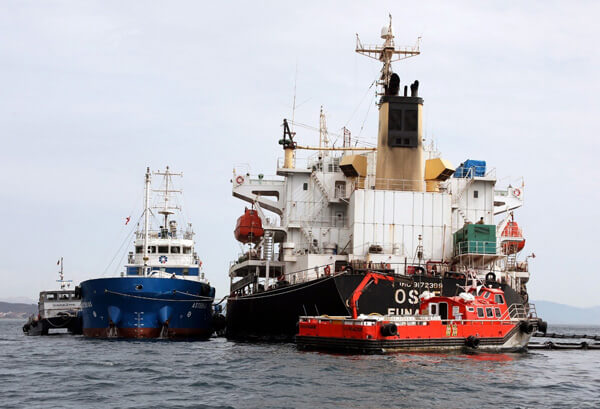 The Gibraltar police have also been investigating what caused the bulker to hit the LNG carrier which was at anchor and the actions of the bulker after the allision. Gibraltar’s Chief Minister speaking on Spanish TV said that the captain of the OS 35 reported hitting the LNG vessel but told port officials that his vessel had not suffered significant damage. Reportedly the port ordered him to stop but he proceeded out to sea leaving the Bay of Gibraltar and heading for the Strait. It was only at that point that the captain reported his vessel was taking on water and port officials believed that their only option was to order the vessel to beach.

Most port operations remain suspended at Gibraltar. On Thursday, however, cruise ships were permitted to dock but the authorities said most of their resources are devoted to the efforts with the bulker. In addition, Salvamento Maritimo reported the fifth one of its vessels has also arrived at the location to provide further assistance.

The salvage team is planning the next phase which may include washing the tanks to remove additional oil after the pumping. They are also considering the possibilities for salvage of the OS 35 including attempting to refloat the vessel.