A month after the removal of the last section of the Golden Ray wreck and with debris removal efforts expected to wind down in St. Simmons Sound, Georgia environmental officials have moved to implement a fine for the environmental damage caused by the Ro-Ro that rolled over after departing the port of Brunswick, Georgia.

The state’s environmental authority posted notice of the proposed enforcement action published on November 23 with a one-month comment period. The action proposes a $3 million settlement to be paid by Hyundai Glovis, operators of the Golden Ray at the time of the accident. Georgia’s Environmental Protection Division alleges that pollutants, debris, and petroleum products were discharged from the Golden Ray into waters beginning on September 8, 2019, through the effective date of this consent order.

“Upon the termination of the Unified Command incident response, the respondent shall implement the approved Environmental Assessment and Response Plan,” according to the notice. Within one year of the execution of this consent order, Hyundai Glovis must pay a civil penalty or elect to submit a plan for a proposed supplemental environmental project. If they elect to propose further remediation efforts, the company might obtain a reduction in the civil penalty. 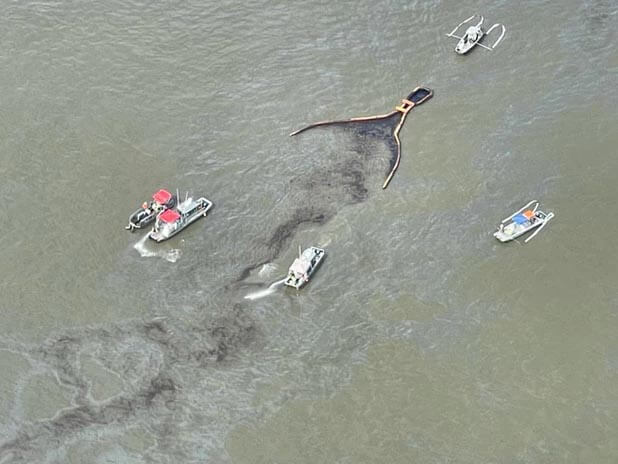 The last significant oil leak happed at the end of July into early August 2021 as the operation went to remove one of the last sections of the vessel. Both during the weight shedding process and then when they began to raise section six fuel oil leaked into the water and was able to escape the protective barrier. Teams worked to contain the spill and clean reside from the shoreline. In early August, the salvage team located and capped a vent pipe which they said was the source of the most significant leak since the salvage operation had begun. 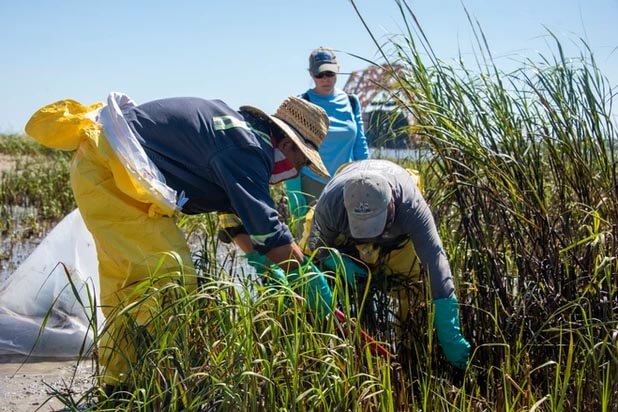