A search is underway for four crewmembers on board a listing vehicle carrier with a fire on board in St. Simons Sound, Brunswick, Georgia.

The U.S. Coast Guard reports that 20 people were rescued from the 656-foot vessel Golden Ray on Sunday. At approximately 2 a.m., Coast Guard Sector Charleston watchstanders were notified by the Glynn County 911 dispatch that the Golden Ray capsized. The vessel’s master and chief engineer are assisting authorities and salvage teams to develop plans to stabilize the vessel and continue rescue efforts. A pilot was on board at the time of the incident.

The Marshall Islands registered vessel was built in 2017.

The Port of Brunswick Captain of the Port has established an emergency safety zone in St. Simons Sound. Vessels are not authorized within 0.5 miles of the Golden Ray. 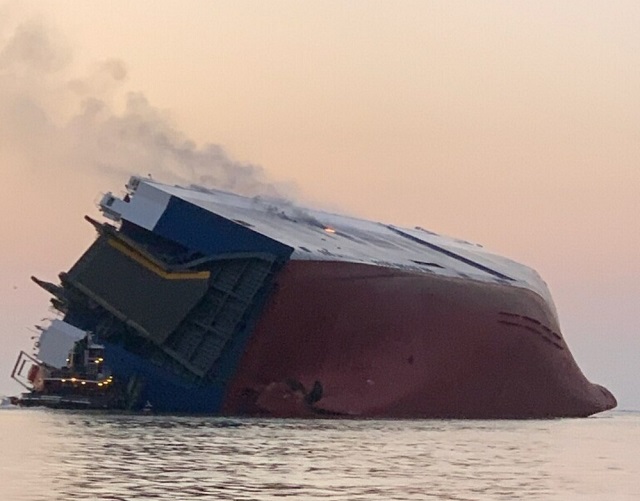 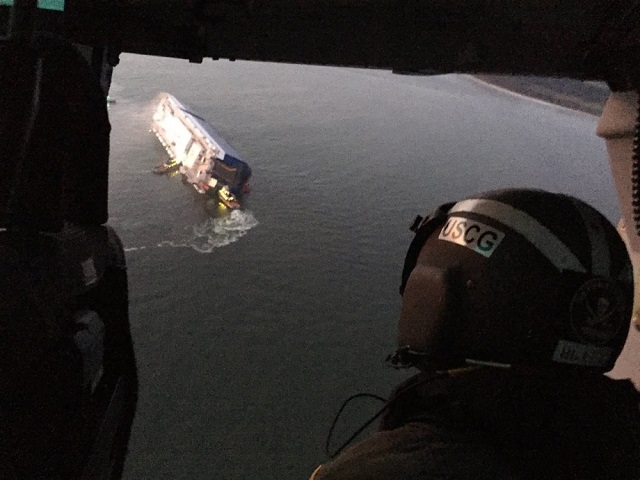