The U.S. Coast Guard has responded yet again to a Florida man who has persisted in his efforts to build and operate a craft that is propelled by running in the manner of a hampster wheel.

On July 24, the Flagler County Sheriff's Department responded to a call about a strange object on the beach in the Hammock area. The object turned out to be a familiar watercraft designed for human-powered travel, and the department notified the Coast Guard of its presence. This time, no search and rescue efforts were required. 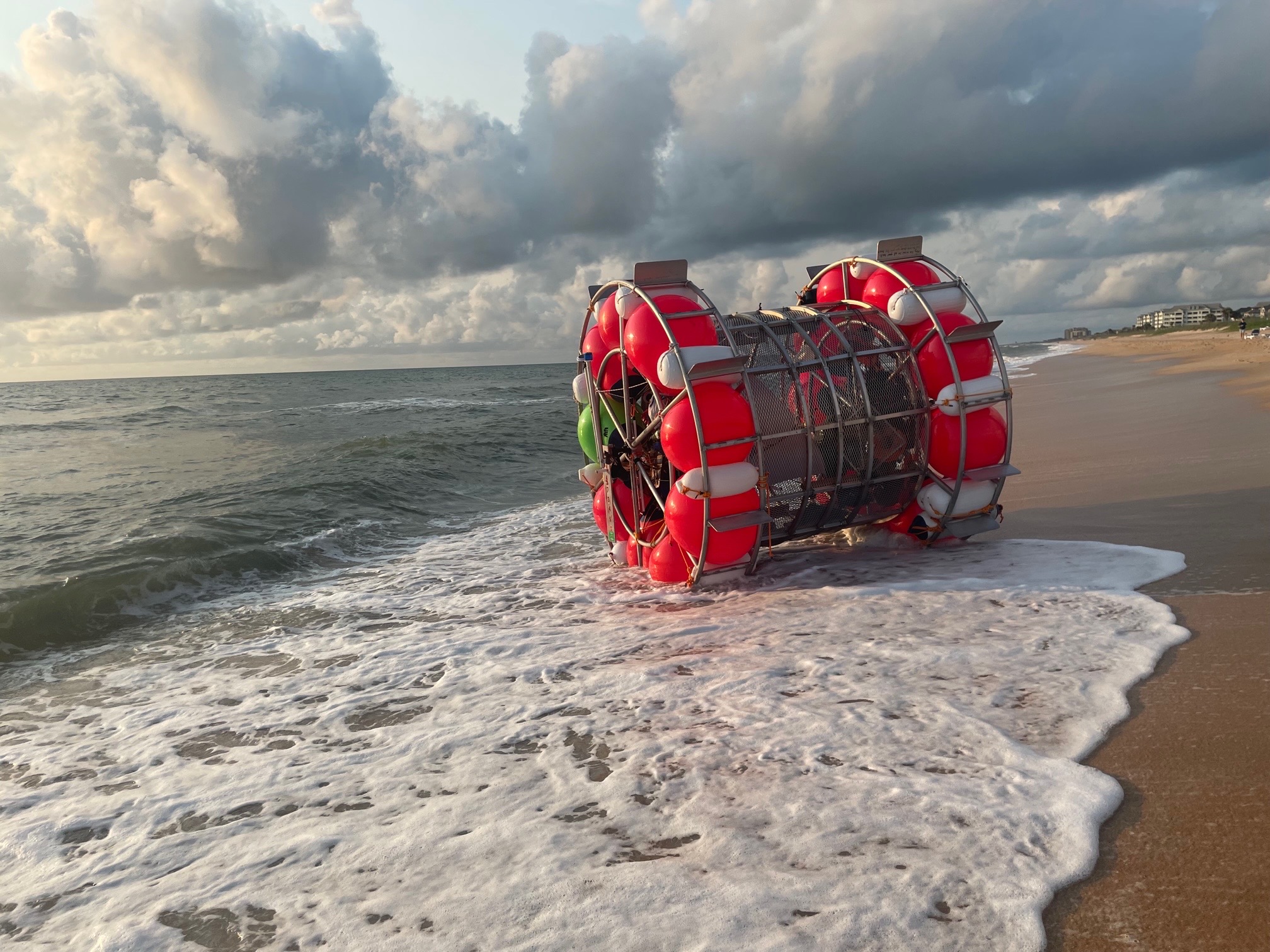 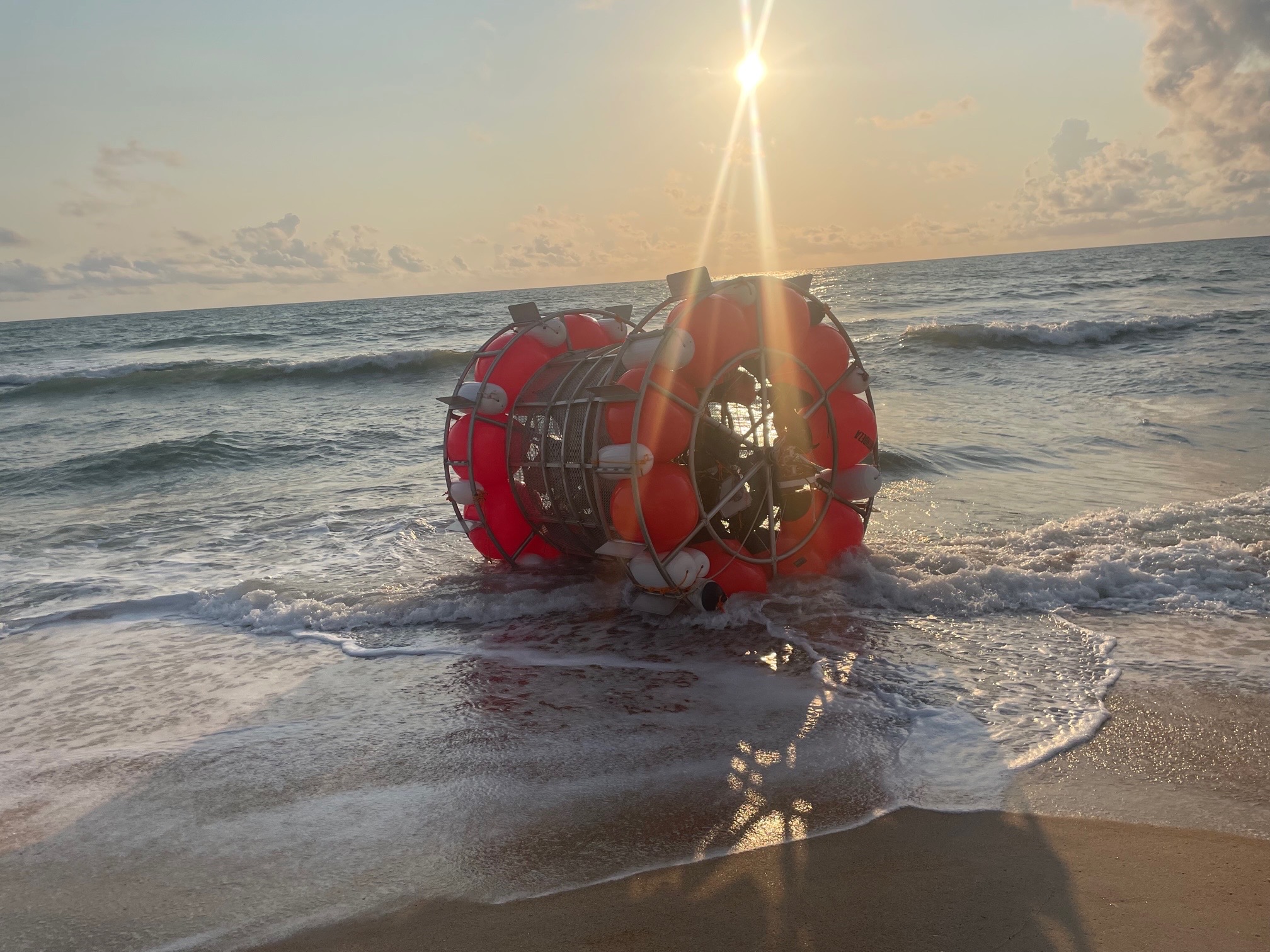 The cylindrical body of the vessel floats on two sets of buoys, mounted on either side of a steel cage. Running up one side of the cage causes the entirety of the structure to rotate, driving small paddles through the water. The craft has a large sail area relative to its propulsion power, suggesting that its speed and heading could be adversely influenced by wind.

The designer and operator, marathon runner Reza Baluchi, has tried twice before to make long-distance "runs" to faraway ports. He attempted to reach Bermuda from Florida twice, once in 2014 and again in 2016.

The previous incarnation of his vessel had larger paddle wheels, a smaller set of floats (soccer balls), and an inflatable inner core. The U.S. Coast Guard rescued him at sea on both prior attempts; on the second try, Baluchi ended up hundreds of miles off course, carried away from his destination by the Gulf Stream. This year's attempt was an intended transit to New York, according to local media, but the voyage ended early on a Florida beach. 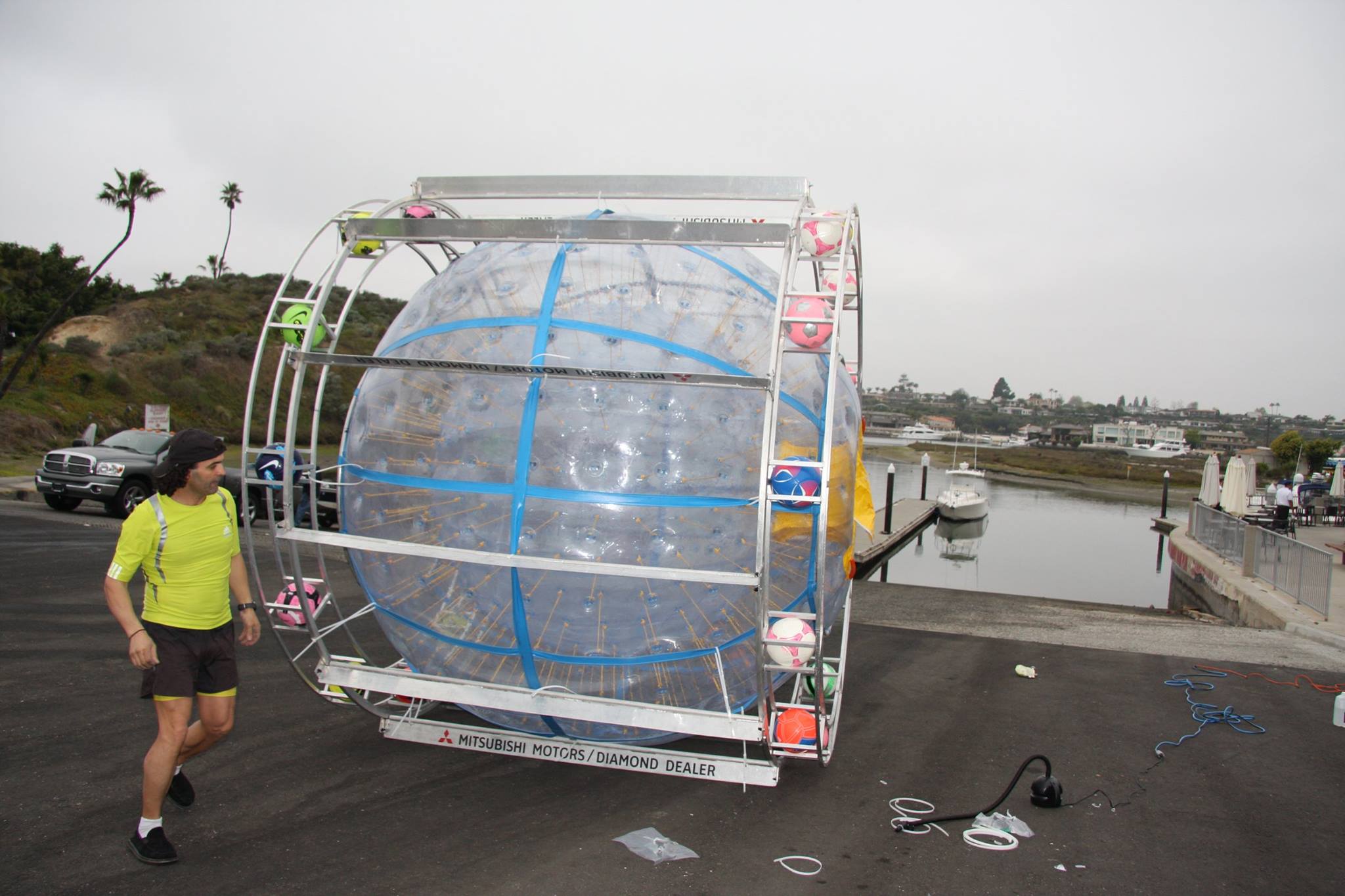 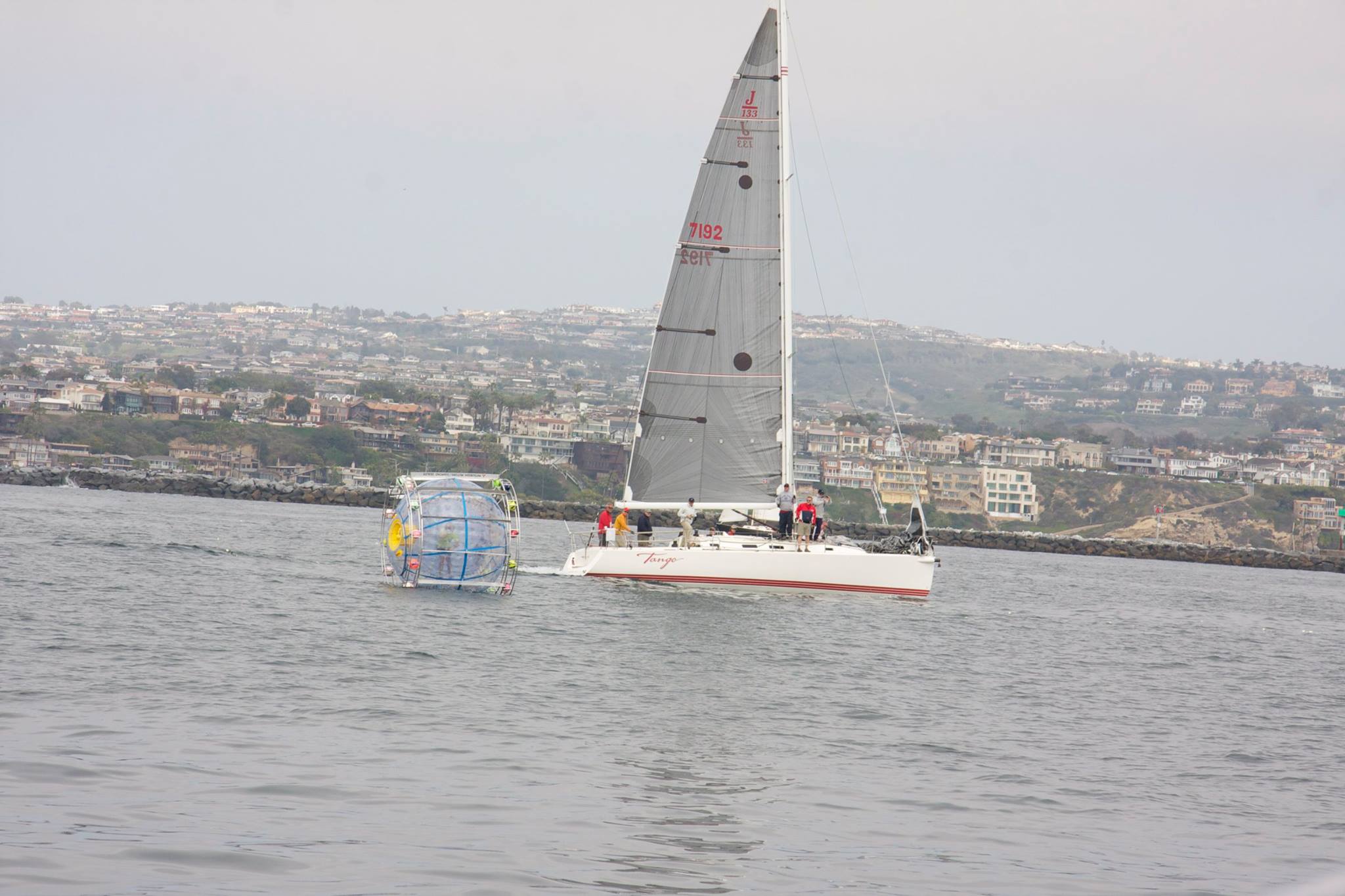