Early Thursday morning, Hurricane Laura came ashore in Louisiana with 150 mph winds, putting it in a tie for the title of strongest storm ever to make landfall in the state. The Category 4 storm caused widespread wind damage around the city of Lake Charles, but the extreme, "unsurvivable" storm surge predicted by forecasts appeared milder than expected. Four deaths have been reported, all caused by falling trees.

The Coast Guard has deployed more than 3,000 servicemembers, 32 aircraft crews and nearly 40 boat crews to respond to damage and SAR requests along the Louisiana and Texas border. Aerial surveys conducted by Coast Guard aircrews showed extensive flooding in low-lying areas and structural damage due to high winds. 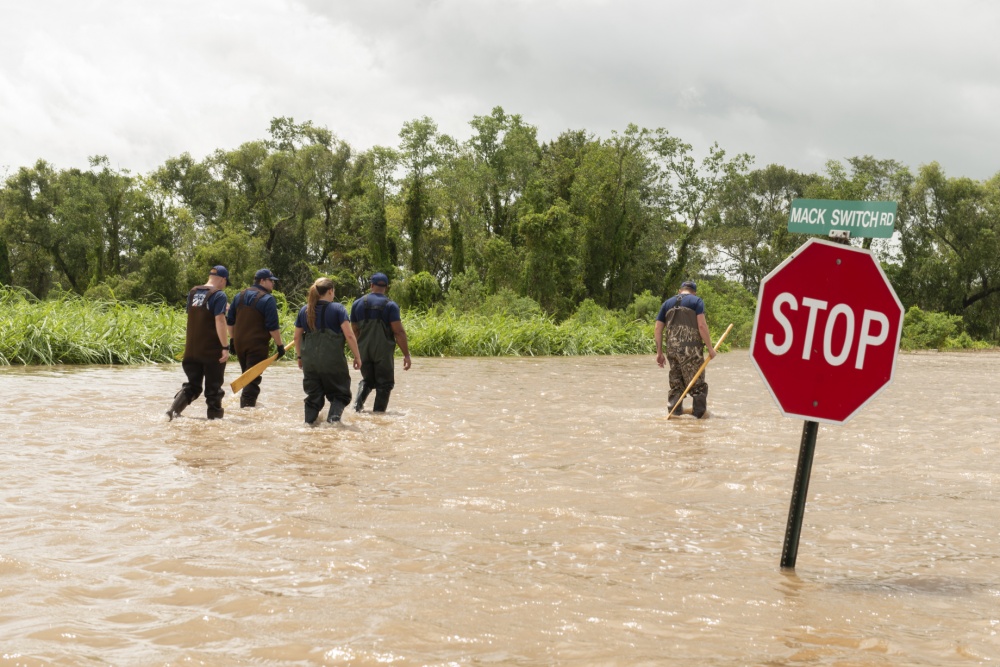 “The Coast Guard will continue to provide search and rescue capabilities, assess the damage done by Hurricane Laura ensuring we can assist those in need of rescuing, as well as ensuring the ports along the Western Gulf Coast can be safely reopened for the flow of maritime commerce,” said Capt. Jason Smith, Unified Commander for the Houston-Galveston response area.

Among other impacts on maritime stakeholders, the casino boat Isle of Capri came loose from her moorings in Lake Charles during the storm and drifted underneath the Calcasieu Bridge, where she remains. News imagery also showed flooding adjacent to the Westport Orange Shipyard site in Orange, Texas.

Other significant damage included a fire at a chemical plant near Lake Charles, which was emitting large clouds of gray smoke and potentially leaking chlorine gas Thursday afternoon. The plant's operator, BioLab, is a manufacturer of chlorine-based sanitizing products. Interstate 10, a key regional transport corridor that passes near the plant, has been closed due to the smoke. A shelter-in-place order is in effect in the towns of Sulphur, Westlake and Moss Bluff.

Huge chemical fire just off I-10 in Lake Charles,LA pic.twitter.com/xQ1qcmPZYz