A business which is aiming to bring a new form of renewable energy to tropical resorts has released images of its first design concepts.

Global OTEC Resources has spent the last year developing the company’s concept for using ocean thermal energy conversion (OTEC) especially for off-grid resorts and islands in the Maldives and Caribbean. The company says it has reached a cost model which is comparable to, if not cheaper than, the cost of running diesel generators. 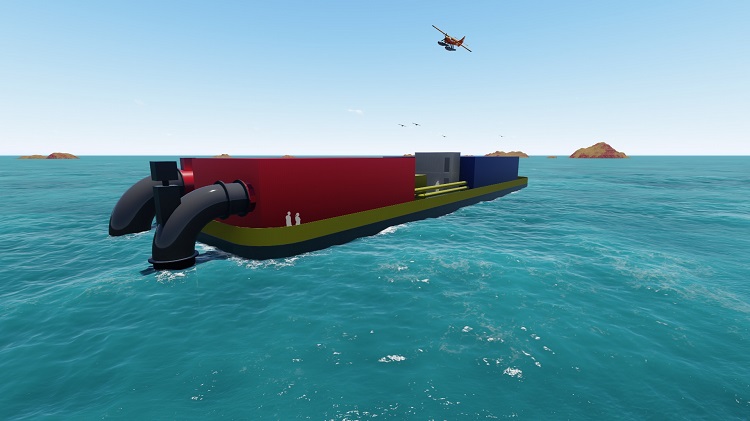 OTEC is a technology for converting some of the energy that the tropical oceans absorb from the sun, first into electricity and then into fuels. During an average day, the 60 million square kilometers of surface waters of the tropical oceans (located approximately 10 degrees north to 10 degrees south of the equator) absorb one quadrillion megajoules of solar energy-equivalent to the energy that would be released by the combustion of 170 billion barrels of oil per day. The surface waters are a warm-water reservoir 35 to 100 meters deep that is maintained night and day at a temperature of 25 to 28°C.

Below about 800 meters, an enormous source of ice-cold water, which is fed by currents flowing along the ocean bottom from the northern and southern polar regions, is maintained at about 4°C. OTEC uses this temperature difference to generate electricity. Warm water is drawn from the surface layer into a heat exchanger to vaporize a working fluid with a boiling point of about -30°C. The vapor drives a turbine attached to an electric generator. Exhaust vapor from the turbine is subsequently condensed in a second heat exchanger, which is cooled by water pumped from the cold water source below. The condensed vapor is then returned to the boiler to complete a cycle that will generate electricity 24 hours a day throughout the year. 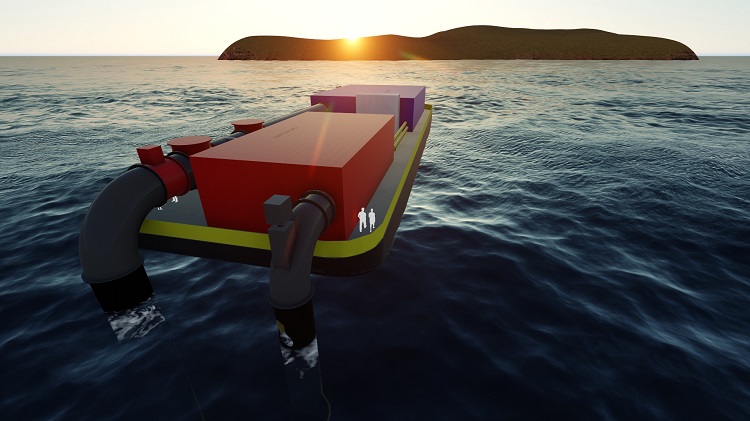 Global OTEC Resource’s concept will deliver a net capacity of 1MW of electricity to its customers across the tropics, which is enough to fully power most small-to-midsized resorts or islands. The images show an OTEC plant housed on a floating barge which incorporates a deep cold-water pipe into its hull through a weather-vaning turret mooring system. The cold-water pipe returns seawater from a depth of 1,000 meters, achieving the temperature difference with the warm surface water of 20°C. Ammonia is repeatedly evaporated and condensed to power a turbine and produce electricity. 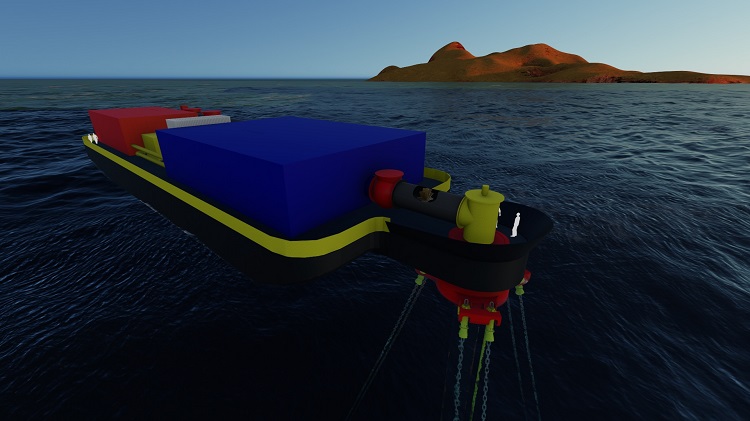 The company decided to focus its design on the needs of Small Island Developing States after learning that many small islands consume over 10,000 liters of diesel a day. Managing Director Dan Grech says: “Many meetings with both private and public sector representatives in our target markets have indicated that currently, renewables aren't presenting a viable proposition for islands to cut their dependence on fossil fuels. Thousands of islands lack the space for large solar and battery installations to provide their basic daily electricity loads and feel stuck with diesel generators despite the threat climate change presents to their livelihoods.

“Our next stage is to advance the detail of this design to be ready for fabrication. Our first ocean thermal energy systems will come online in less than two years.”

The first system is expected to be installed in the Maldives, and the company has received positive feedback elsewhere. Tamara Ebanks, Acting Chief Officer of the Ministry of Commerce, Planning and Infrastructure at the Cayman Islands Government, says: "We believe Global OTEC Resources works are aligned with our goals of becoming a sustainable community and simultaneously achieving the United Nations Sustainable Development Goals of Affordable and Clean Energy and the Paris Agreement Targets."

Global OTEC Resources received a £140,000 ($177,000) grant from Marine-I, an E.U.-funded program designed to promote innovation in marine technology in Cornwall in the U.K.