The first direct train from China to Antwerp arrived at the port on May 12. 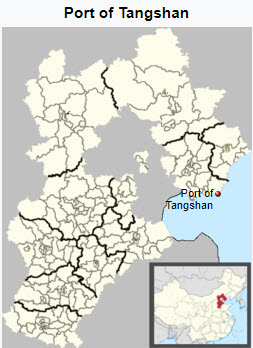 The freight train left the Chinese port of Tangshan on April 26 on a direct rail link between China and Antwerp developed as part of the Chinese Belt and Road Initiative. It traveled via Alashankou in China through Kazakhstan, Russia, Belarus, Poland and Germany to reach its final destination, after 16 days and having covered a distance of 11,000 kilometers (6,800 miles).

The service is an initiative of Tangshan City & Tangshan Port, in collaboration with Cosco Shipping Lines and the Chinese Railways. The consignee was Cosco Shipping Belgium, and the train was loaded with 34 containers containing industrial minerals for use in various industries and productions such as paper and ceramics, toothpaste and cosmetics. They were unloaded at Euroports, which will transport them to their bulk terminal for subsequent distribution in Europe.

China is the fourth biggest partner country for Antwerp, with an annual traffic volume of nearly 14 million tons of goods. Tangshan is China's ninth largest port, and transport from the Tangshan region via conventional container ships on average takes over 35 days.

The local Chinese government is planning to run a direct train to Antwerp once or twice per month.