The first installation of a rigid, winged sail has been completed on a commercial bulker with the vessel recently floated at the Oshima Shipyard in Japan. The bulker being built for Mitsui O.S.K. Lines is scheduled to enter service in October as the first demonstration of MOL’s Wind Challenger project.

The concept originated as an academic research project in 2009 with MOL and Oshima later taking the lead to commercialize the technology for wind-assisted propulsion. The first ship to deploy the rigid sail was ordered in December 2020 and is nearing completion at the Oshima Shipyard. The vessel is a 99,000 dwt bulk carrier measuring 770 feet in length. Specifics on the height of the sail were not announced but in concepts MOL cited a height of nearly 170 feet when fully raised at sea, and it can be lowered to permit the vessel to pass under overhead obstacles or while docked in port for loading and unloading.

The sail was built separately at the Oshima Shipyard and completed earlier this year for on-dock tests before being fitted to the bulker. MOL reports that extensive CFD and wind tunnel experiments were conducted during the development to estimate the thrust generated from the sail. The testing confirmed that auxiliary thrust is converted to fuel efficiency with consideration of the size of the ship. MOL expected a reduction of five percent in fuel consumption on the Japan-Australia route and eight percent on the Japan-North America west coast route for a 100,000 ton bulk carrier. 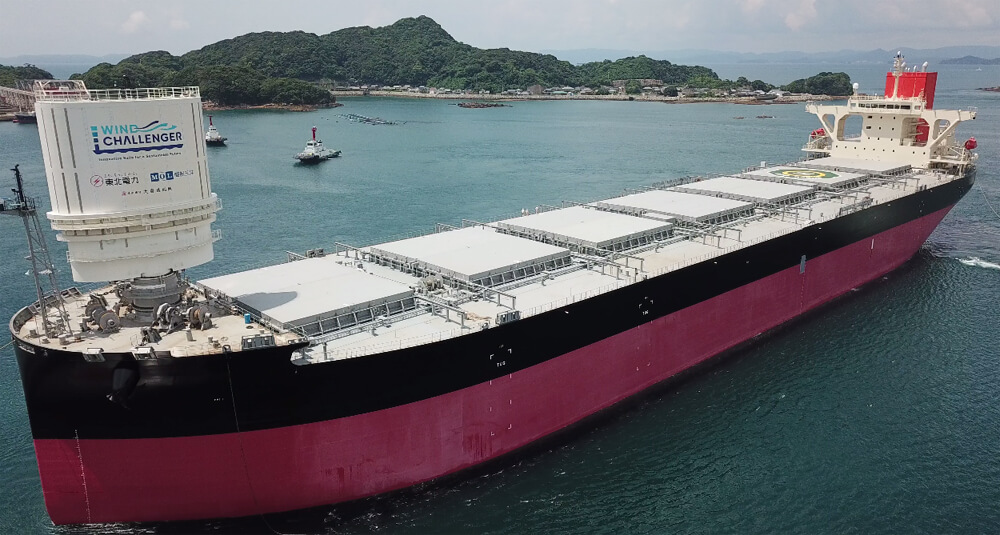 Weight, of course, was a key consideration in the development of the sail. The Wind Challenger is made of a glass fiber reinforced plastic (GFRP) to ensure that it does not impact the vessel’s ability to load and transport cargo. The lightweight material made it possible to increase the area of the sail with minimal impact on the vessel’s stability.

The first vessel to be fitted with the technology is a coal-carrying bulker that will be operated by MOL for Tohoku Electric Power Co. Before its commissioning, MOL and Oshima plan to conduct sea trials and tests of the Wind Challenger. MOL reports that studies are ongoing for other types of vessels including additional bulk carriers, tankers, and LNG carriers of various sizes. The only type of vessel that will not be able to deploy the rigid sail are car carriers due to their high freeboard. 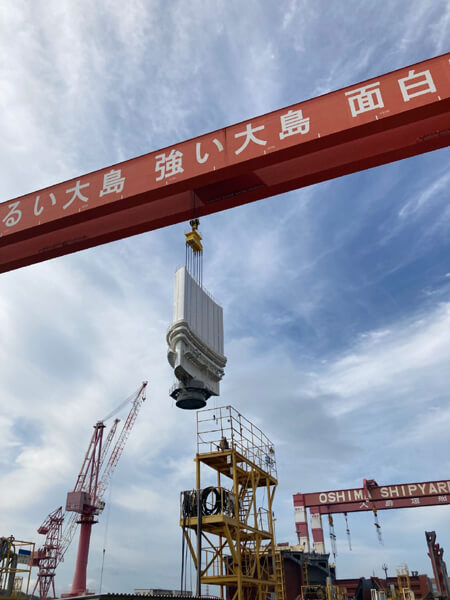