Finnish Passenger Ferry Runs Aground in the Baltic

A Finnish passenger-car ferry, the Amorella, grounded on September 20, in the Aland Islands during one of its daily voyages between Turku, Finland, and Stockholm, Sweden. None of the passengers or crew were injured, but the vessel remains hard aground with reports of damage.

The Amorella, operated by Viking Line, was sailing towards Mariehamn in the Aland Islands, an archipelago in the Baltic near a mid-point between Sweden and Finland. The vessel possibly struck a submerged object or touched bottom in a portion of the channel which is known to be difficult due to a relatively shallow depth and multiple turns. Some media reports in Aland suggested that the ferry might have struck one of the buoys in the channel. 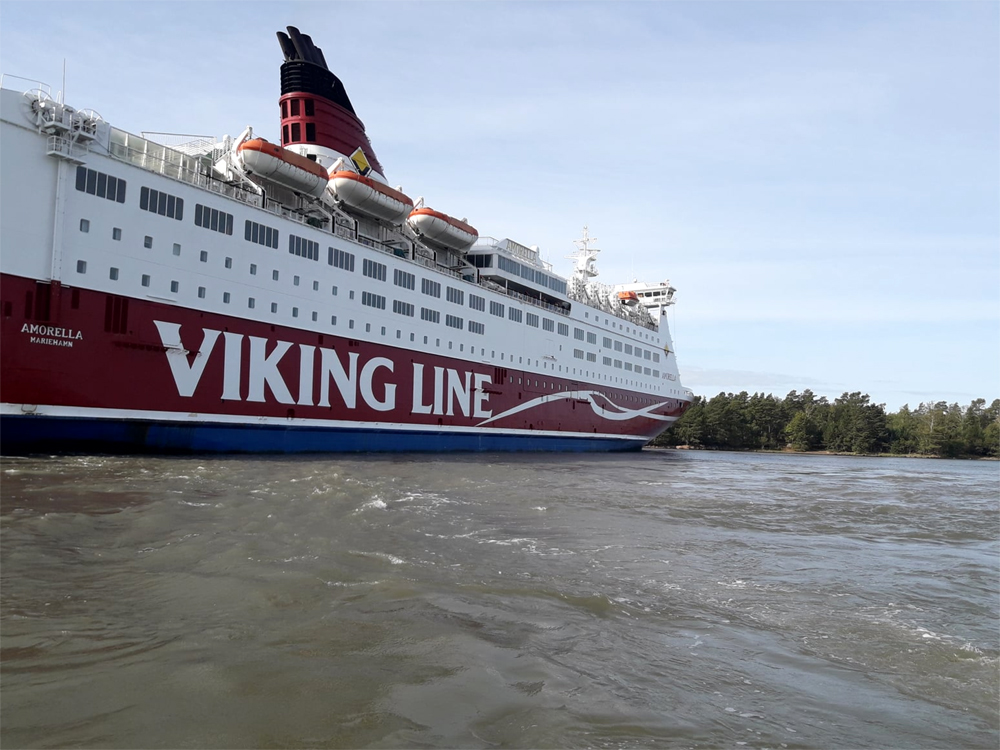 After the ferry made contact with the unknown object, the vessel reportedly was taking on water. The captain made the decision to run the Amorella aground to “stabilize the situation.” At the time, there were 207 passengers aboard as well as 74 crew members according to the West Finland Coast Guard.

Passengers reported that the emergency alarms were sounded and they assembled with life jackets at the muster stations. With the assistance of the Coast Guard, the passengers were evacuated to shore. In addition, 25 crew members were also included in the evacuation.

Viking Line reported that divers had been sent down overnight to investigate the extent of damage to the vessel. They said that some damage was seen on the bottom of the ship and it was currently being evaluated. The goal is to refloat and tow the Amorella to a local shipyard, pending the evaluation. 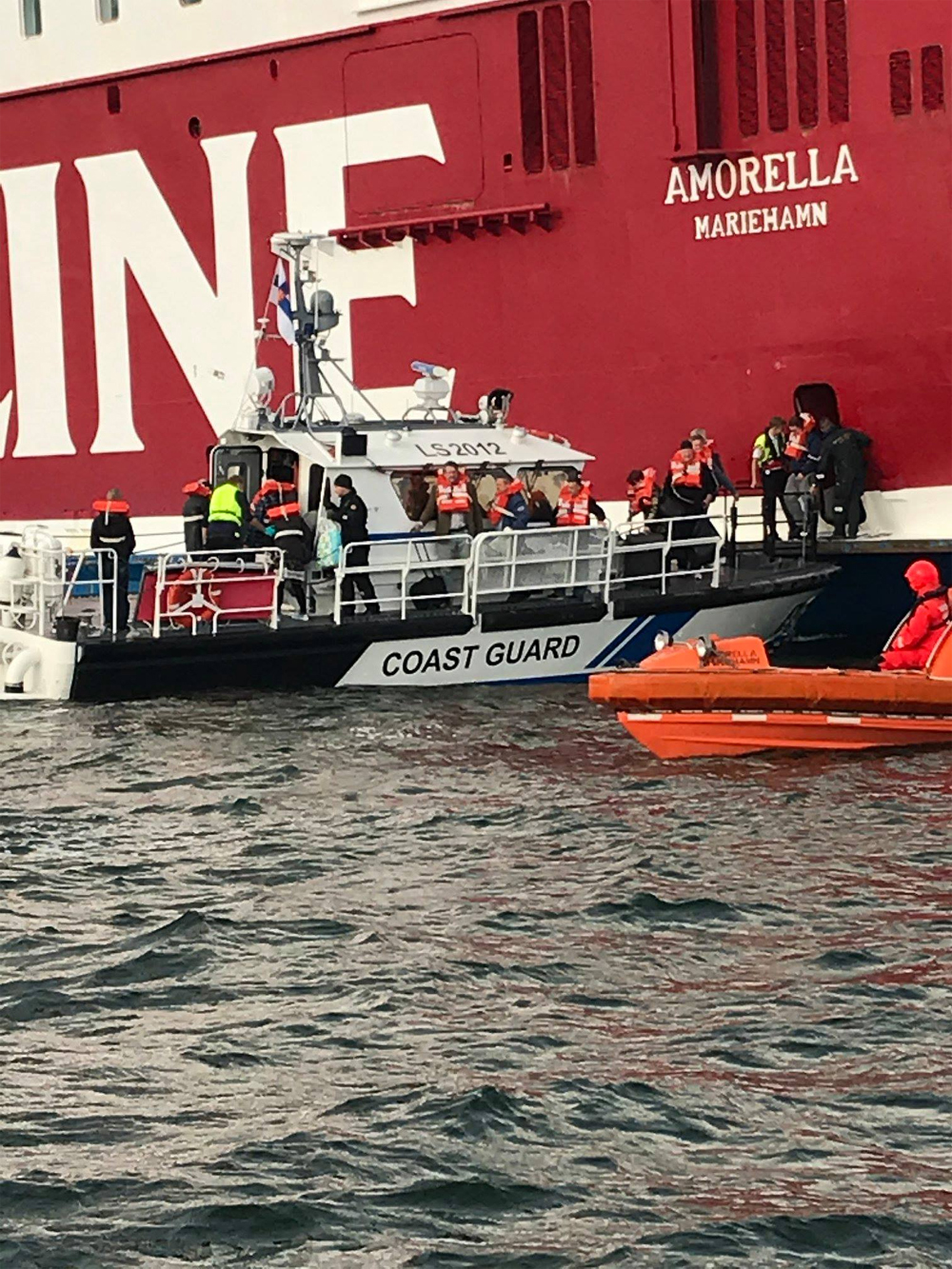 The Amorella had a similar accident in 2013 according to reports in the Finnish media. Service on the route between Finland and Sweden resumed today with another ferry, the Gabriella, operating the service.

Built in 1988, the Amorella is a 34,384 gross ton ferry with a length of 556 feet. The normal capacity is up to 2,480 passengers, although Viking Line reported that passenger traffic is down due to the pandemic and travel restrictions. In addition, the ferry can normally carry up to 450 vehicles.