Fincantieri's yard in Palermo, Italy has cut the Windstar Cruises vessel Star Breeze in half in preparation for inserting a new midsection, which will stretch the vessel by 84 feet. Star Breeze is the first of three Windstar vessels that will undergo this treatment, followed by Star Legend and Star Pride next year.

The new midsection will give Star Breeze two new restaurants, a new pool and whirlpool on the upper deck, a new spa and fitness center, a new retail shop and other amenities. The accommodations portion will add nearly 50 new suites and crew berthing, bringing passenger capacity to 312 individuals while maintaining a 1.5-to-1 guest-to-hotel staff ratio.

This retrofit is unique in the annals of cruise ship modification because it goes much further than stretching, according to Windstar: Fincantieri is also replacing the vessels' main engines and auxiliaries, and its crews will rebuild every head in every cabin with luxury materials. 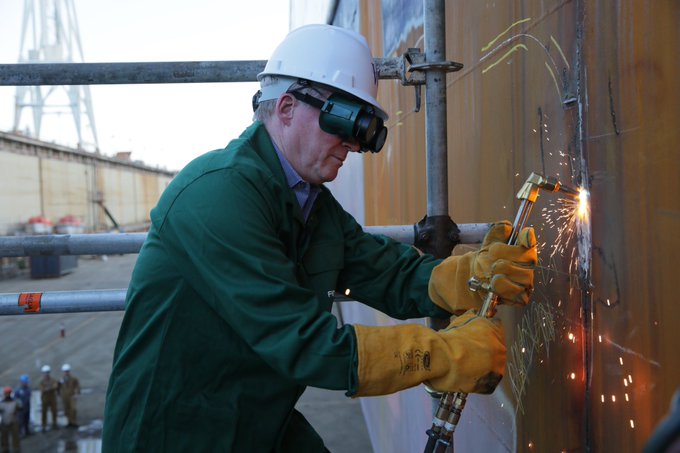 In a ceremony Thursday, Windstar President John Delaney made the final cut to separate the ship in two (Windstar) 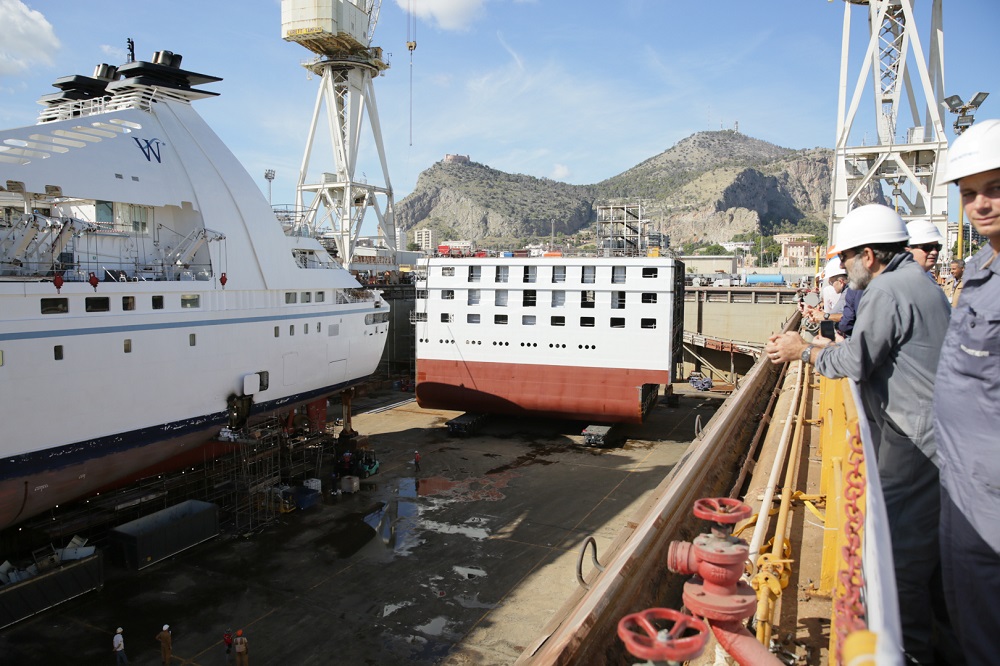 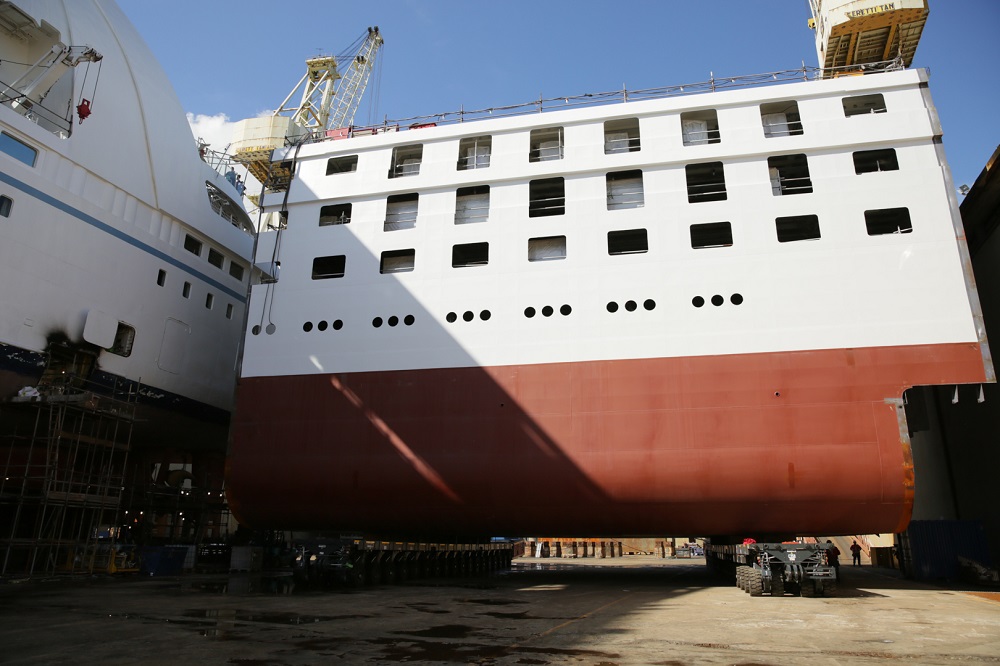 “Today is a big day. A proud day," said Fincantieri Services VP for repair and conversion Andrew Toso. "Cutting Star Breeze in two, inserting a new section, replacing the main engines and diesel generators is evidence of our ability in these kinds of highly sophisticated and complex operations.”

Reservations for post-modification cruises aboard Star Breeze, Star Legend and Star Pride are open now for dates in 2020 and 2021.

The three Star-class ships were originally built at the former Schichau Seebeckwerft yard for Seabourn in 1988-90, and they were acquired by Windstar in 2014-15. They are the firm's only vessels without sail power.