Fincantieri recently completed the float out of a new cruise ship. It was a milestone for the company returning to work after a long suspension while Italy fought the coronavirus. Fincantieri began to scale up production in May while also taking steps to maintain the safety of its employees.

The Valiant Lady, under construction for Virgin Voyages, left the building dry dock on May 20 being moved to the fitting out berth at the Fincantieri’s Sestri Ponte shipyard near Genoa. Assembly of the Valiant Lady had begun in March 2019 and she was originally scheduled to be floated out in March 2020.  Due to the work suspension and virus mitigation efforts work is currently approximately two months behind schedule. 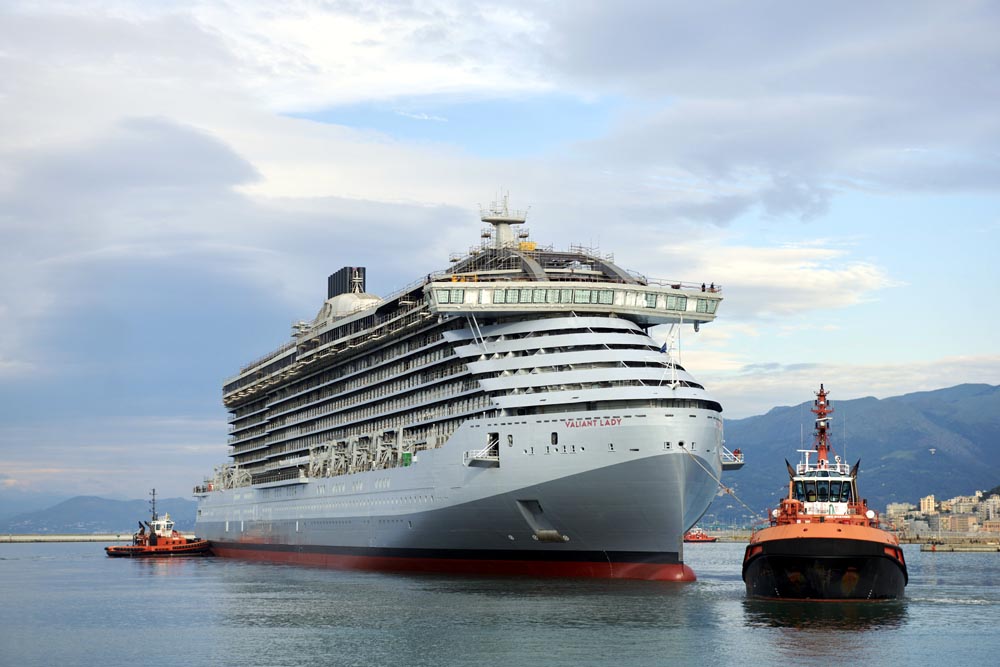 Virgin Voyages had previously scheduled the introduction of the Valiant Lady for May 2021 in the Mediterranean before the disruptions from the coronavirus. The fitting out period typically requires about one year before a ship is completed and ready for delivery. However, no updates have yet been announced for her introduction.

She is the second of a four cruise ship order from the Virgin Group valued at approximately €3 billion for Fincantieri. The 110,000 gross ton ship is also a sister ship to the Scarlet Lady that Fincantieri delivered to Virgin Voyages in February 2020. The first ship for the new cruise line, the Scarlet Lady completed previews in England and had been scheduled for a high profile series of events in New York in March. Those events, however, were postponed as the coronavirus began to spread.

The Scarlet Lady was rerouted to Miami where she arrived in May. The introductory events planned for Florida were also postponed and the Scarlet Lady was laid-up shifting between PortMiami and an anchorage in the Bahamas before she ever embarked her first paying passenger.

Virgin Voyages had targeted mid-July to resume their introductory events but recently rescheduled the introduction to mid-October. The Scarlet Lady will sail year-round from PortMiami to the Bahamas and the Caribbean, while plans called for the Valiant Lady to spend the summer in the Mediterranean and reposition to sail from Miami during the winter months.

The new cruise line also has two other new cruise ships on order from Fincantieri scheduled to be delivered in 2022 and 2023. 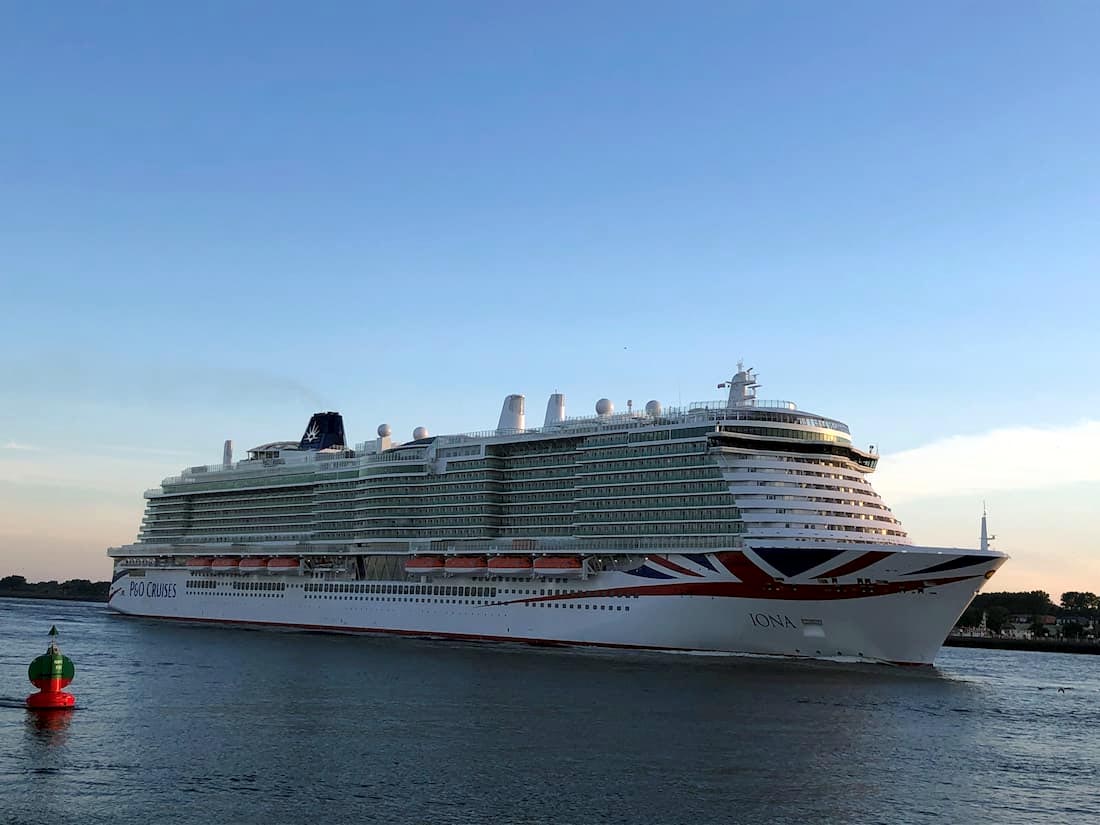 Iona arriving in Rotterdam - courtesy The Port of Rotterdam Authority

Days after the Valiant Lady floated out another one of the new cruise ships that has been in limbo due to the coronavirus also took an important next step in its construction. The Iona, which Meyer Werft is building for P&O Cruises arrived in Rotterdam. She is being drydocked for an inspection that is believed to be a final step before her delayed delivery.

The Iona, which is the first LNG-powered cruise ship for P&O and the British market, had been scheduled for her maiden voyage in May 2020. In March, she left Meyer Werft’s building hall in Papenburg, Germany, and made her conveyance on the Ems to Bremerhaven. After a slight delay due to the precautions related to the coronavirus, the fitting out of the Iona was completed. Meyer recently announced that she would depart Bremerhaven for a brief trials during the trip to Rotterdam.

So far, no delivery date has been announced for the Iona.