At this year's WorkBoat show in New Orleans, defense boat- and shipbuilder Fassmer debuted a new 7-meter rigid inflatable boat for police and military applications. The new Fassmer 7.0M Raptor RHIB is produced in partnership with Glasstream, and Fassmer suggests it could disrupt the seven-meter RHIB market.

"We entered into a partnership with Glasstream because we wanted to have an experienced boatbuilder make the hull here in the United States," says Tim Klaybor, managing director for Fassmer USA. "There are proprietary advancements in the hull form that make its performance far superior to other 7-meter boats on the market."

Fassmer says that the balance and strength of the Raptor translates into a stable platform which is capable in a variety of sea states, providing improved stability during wave transition, improved shock absorption, and better maneuverability. The advanced hull configuration also yields a substantial improvement in fuel economy, giving the Raptor extended range and expanded combat capability, as well as much higher top speed. The hull is not only innovative in performance, but also reliability, and every Fassmer Raptor hull will be backed with a 10 year warranty.

"This is the first generation in this product line, and it is primarily aimed at military and law enforcement applications," says Klaybor. "We also see strong future potential for the private yacht tender market, and we're planning a future SOLAS-compliant variant will begin production soon as well."

Each Fassmer Raptor is backed by a worldwide service network with more than 60 locations, along with nearly 170 years of Fassmer boat building experience. 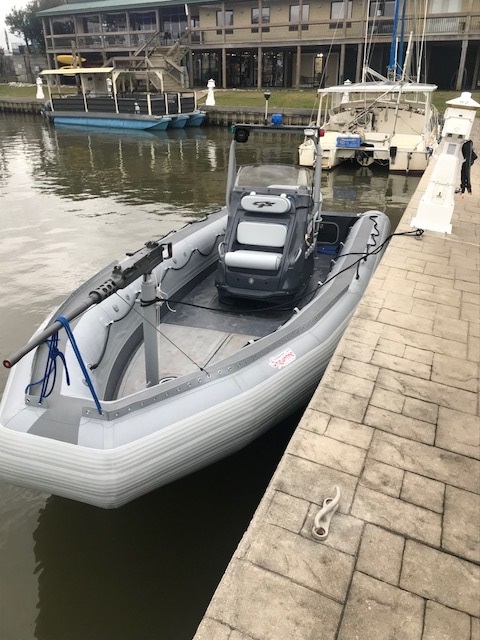 Organizations across the shipping industry continuing to respond to the EU Parliament’s moves to include intra-EU shipping within the EU Emissions Trading Scheme (ETS), the CO2 cap-and-trade system that covers other European industries. Last week the World Shipping Council that represents the container industry spoke out against the move and now INTERTANKO, the International Association of Independent Tanker Owners issued a similar statement saying the efforts might undermine global emission control programs. “INTERTANKO Members noted with great concern the European...