A bulker traveling south in the Suez Canal on September 9 experienced a brief problem causing a worldwide flurry of media attention. Reports began circulating of a new grounding, “wreck in the canal,” and blockages, while the Suez Canal Authority took to Twitter to allay fears while urging accurate reporting.

“The authority calls upon all media outlets to investigate what is being published accurately, not to pay attention to news of unknown source and to rely on official information and news issued by the authority,” the SCA wrote on Twitter.

The 78.100 dwt bulker Coral Crystal was transiting in a southbound convoy today when it experienced a brief engine problem. The nine-year-old bulker, which is registered in Panama and operated by NYK Line of Japan, stopped in the southbound lane leading to the reports of the grounding. It is unclear if the vessel did briefly ground, but it was moving again after about an hour's time. 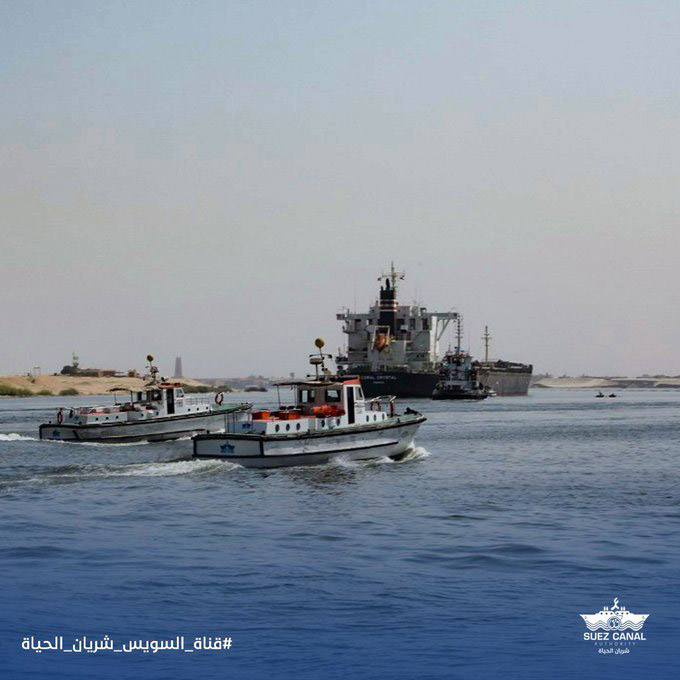 The Suez Canal Authority clarified that the vessel was near the 54km point in an area of dual lanes, unlike the Ever Given which was in a single traffic lane area when it grounded and was stuck for six days. The Canal Authority reported that tugs were dispatched to the stalled vessel to provide assistance and in the interim four vessels also southbound were diverted into the other traffic lane.

Later in the day, it was reported that the Coral Crystal was again underway under its own power. The bulker is reportedly loaded with 42,000 tons of cargo having departed Constanta, Romania on September 2.

The SCA at the end of the day reported normal operations in the canal. They said a total of 61 ships made the transit representing 3.2 million tons, with 37 ships were traveling north while 24 were traveling south., 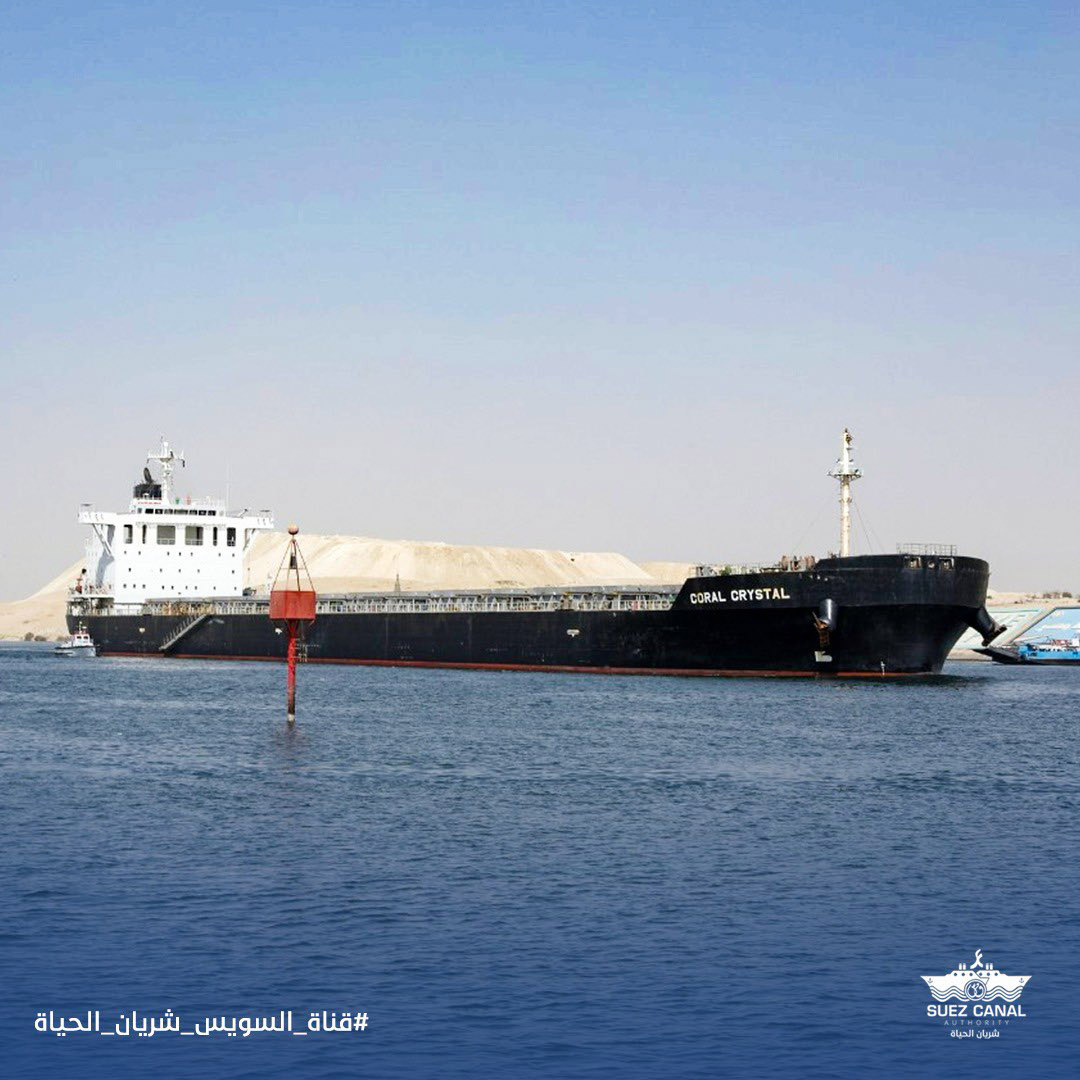