On Wednesday, the 120-foot dredge barge Capt Leo II capsized in the Charleston Harbor Resort and Marina, resulting in a small spill.

The dredge barge has up to 1,000 gallons of diesel fuel on board, and owner Marcol Dredging Company has deployed boom around the barge to minimize the environmental impact. There were no personnel aboard when it capsized.

Coast Guard Sector Charleston watchstanders received a call at 0330 in the morning from staff at the Charleston Harbor Resort, a top-ranked upscale hotel and marina across the Cooper River from downtown Charleston. The caller reported that the dredge barge had rolled over on its side, and the USCG dispatched a Coast Guard Station Charleston response boat to assess the scene. 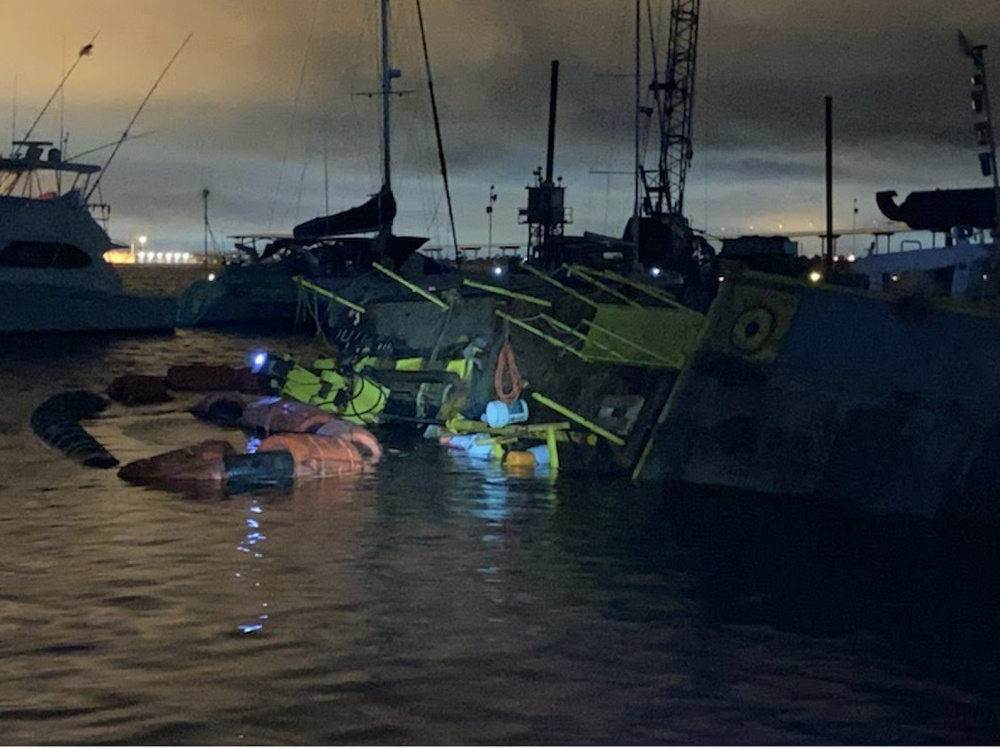 According to local news media, the dredge barge was capsized by currents overnight. It did not strike the marina's docks.

Multiple agencies are coordinating a salvage and clean-up operation along with the Marcol Dredging Company. In addition to the Coast Guard and the vessel operator, the partners include the local fire department, the South Carolina Department of Health and Environmental Control and Moran Environmental Response.