Chile's dockers have joined the widespread protests sweeping the South American nation, disrupting commerce at multiple ports up and down its coastline. Protesters representing a broad range of Chilean society are calling for economic and political reforms - chief among them, a higher minimum wage and a popular consultation process to draft a new constitution.

"Ports are paralysed from Arica to Punta Arenas," said Eduardo Rojas, an Antofagasta dockworker union leader, speaking to Al Jazeera. "Other ports that are not part of the Chilean Dockworkers Union have also joined in."

The port strike affects Chile's fruit export industry at the height of harvest season, according to agricultural media outlets. Valparaiso and San Antonio, the nation's largest cargo ports, are among those reportedly affected. 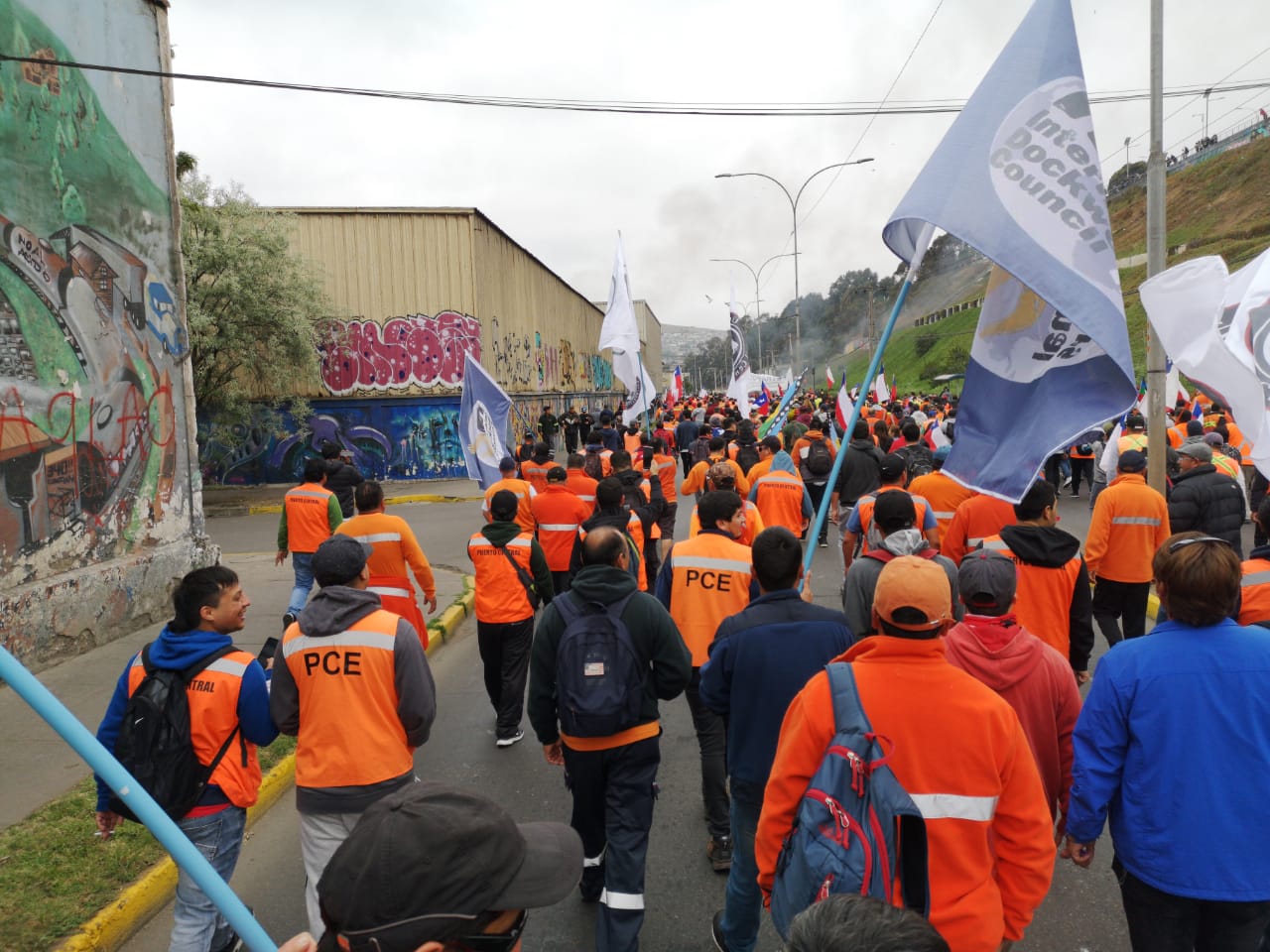 Shipments that do make it out of Chile could still encounter difficulties at final destinations in Latin America and Europe. The Barcelona-based International Dockworkers Council has warned that its members may boycott cargoes arriving from Chile unless Chilean authorities cease "the repression of the port community." The union has multiple affiliates in Chile, and it alleges that one local leader was "savagely beaten by police forces" and suffered a serious eye injury from a less-lethal round.

Confrontations between the protesters and police forces have grown violent over the course of the weeks-long dispute. To date, 24 people have been killed, at least 2,000 have been injured and more than 5,000 have been arrested.

On Thursday, legislators from most of Chile's main political parties began negotiations on how to draft a new constitution for the country - including talks on whether the current document will serve as the basis for the new one and whether a new constitutional assembly will include current elected congressional representatives. The existing constitution was drafted in the era of the American-backed dictator Augusto Pinochet, and parties on the left object to any process that uses it as a starting point.

Outside, in Santiago's Plaza de Armas, the protesters' vigil continued.