One of the challenges to the future of liquified natural gas as a maritime fuel and a major point of contention from the environmental community is methane slip where unburnt LNG is released into the environment. A Swiss-based climate tech company, Daphne Technologies, reports that it has received design approvals from both DNV and Lloyd’s Register for a methane abatement technology that addresses the issue.

Environmentalists point out that methane slip is one of the most harmful greenhouse gas emissions as it increases ground-level ozone. While the LNG industry reports that the newest engines greatly reduce or eliminate methane slip, research efforts are also underway to develop solutions to capture unburnt methane from a ship’s emissions. Using a plug-and-play approach, Daphne Technologies reports its solution reduces over 90 percent of methane slip from LNG-powered engines, providing a life extension to LNG as a marine fuel, and a clear pathway to carbon neutral shipping industry.

“As the maritime industry continues its drive towards decarbonization, the use of lower carbon intensity fuels is essential," said Martin Cartwright, Global Business Director Gas Carriers and FSRUs at DNV Maritime. "LNG is a key transition fuel to cut GHGs and other emissions to air today, with the potential to become a net-zero option as more Bio- and E-LNG comes online. LNG fueled vessel orders have developed rapidly over the last several years, and reducing their operational emission by reducing methane slip will only enhance the GHG benefits over conventionally fueled vessels.”

Launched as a spin-off from The Swiss Federal Institute of Technology, Lausanne in 2017, Daphne Technology is conducting research and developing systems to help the maritime industry reduce emissions. The company is working on several applications of its technologies for LNG and heavy fuel. The company has developed an energy-efficient process using high-energy electrons that convert pollutants in the exhaust into non-hazardous forms. 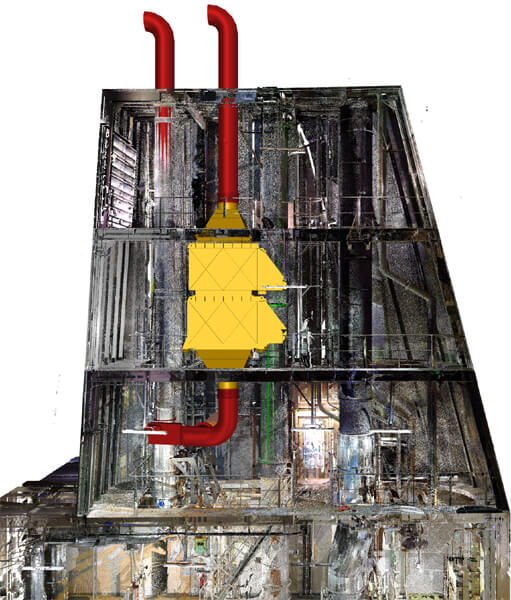 Daphne’s solution is a non-catalytic exhaust gas purification system developed to limit methane slip from LNG fuel engines, in tandem with reducing other emissions such as NOx, SOx, and PM (Black Carbon). Called SlipPure, the system received Approval in Principle from both of the classification societies. SlipPure the company reports can also be combined with carbon capture technologies.

"The transition to sustainable energy sources is fundamentally reshaping the global economy. A dramatic reduction of Greenhouse Gas (GHG) emissions is necessary to reach real-zero," says Dr. Mario Michan, CEO and Founder of Daphne Technology. "The Approval in Principle demonstrates that our technology can be installed on vessels, and is an important milestone for Daphne Technology, bringing us a step closer to deploying and commercializing our SlipPureTM system.”

The company expects to proceed to pilot applications and further development to full commercialization of the system. They believe it will be applicable to a broad range of LNG carriers and LNG-fueled ships and retrofitted onto existing ships.