A week after the WWII-era destroyer the USS The Sullivans began taking on water, divers and drones were finally able to survey the extent of the hull breach. The U.S. Coast Guard joined the efforts to survey the vessel and begin to determine a plan to stabilize and salvage the destroyed turned museum ship.

Commissioned in 1943, the destroyer saw active duty in both the Second World War and the Korean War. It later was assigned to the U.S. 6th Fleet and also served as a training ship until she was decommissioned in January 1965. The vessel was held in reserve for another decade before finally becoming a museum ship in the late 1970s at the Buffalo and Erie County Naval & Military Park in upstate New York. She has been on display with the USS Little Rock, a WWII-era Guided Missile Cruiser, and the USS Croaker, a WWII-era submarine.

Efforts over the past week have been hampered by weather conditions and shifting water levels in the Buffalo River and the canal where the vessels are docked. Crews were trying to complete a survey of the hull of the destroyer which began taking on water on April 13 causing her to partially submerge and list on her starboard side. They also placed a temporary gangway to provide access for the crews to the vessel.

With the break in the weather on Wednesday, divers were able to enter the hull and complete a survey of the vessel.  At the same time, the U.S. Coast Guard deployed its remote controlled underwater cameras to survey the exterior of the hull. 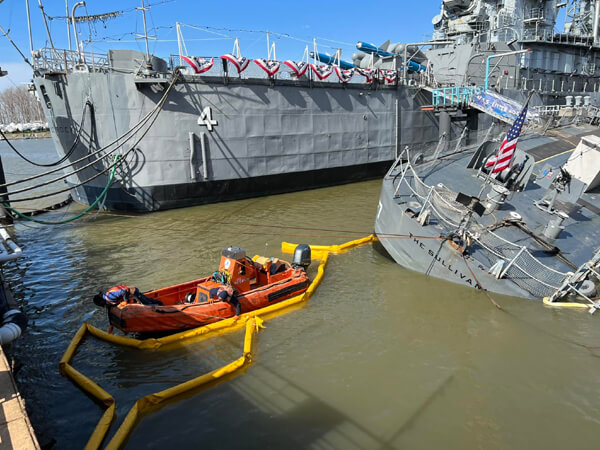 At the conclusion of today’s efforts, the team reported that the vessel has settled to the bottom. They remain concerned about shifting water levels from Lake Erie to the canal but they believe the vessel will not sink further and that they have been successful in containing the oil leaks from the vessel. A containment boom was strung and reinforced yesterday before a late-season winter storm passed over the area. Oil, however, continues to leak into the water around the ship.

“What they're looking for is the condition of the hull. Where is the water coming in from? Can we repair it? If we can repair it, then we can right the ship and get it to a place where it's in a stable situation,” said Captain Lexia Littlejohn, Sector Commander for the U.S. Coast Guard.

The teams plan to use the information from their surveys to create a computer model of the vessel and the breaches to the hull permitting the water to flood the vessel. So far, they have been working from the paper plans but with the aid of the computer modeling will be able to develop a plan for the ship.

Problems with the hull of the 80-year-old vessel had been previously detected and for over a year, a team had been working to assess the hull and make a plan to preserve and repair USS The Sullivans. In 2018, a hull survey was completed, and in 2021 divers begin work using a Navy-approved two-part epoxy to make repairs to the hull. They were forced to stop work during the winter as water temperatures fell but planned to resume the effort as early as this month.

Executives from the museum reported that the breach appeared to be a new issue. They have been working diligently to understand the cause and address it as quickly as possible. Divers plan to return to the vessel on Thursday, while the team overseeing the operation is supply at least daily updates as part of the operation named “#SavetheSullivans.” 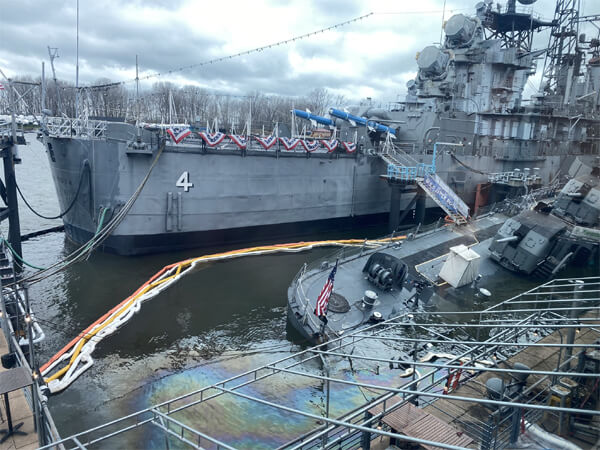 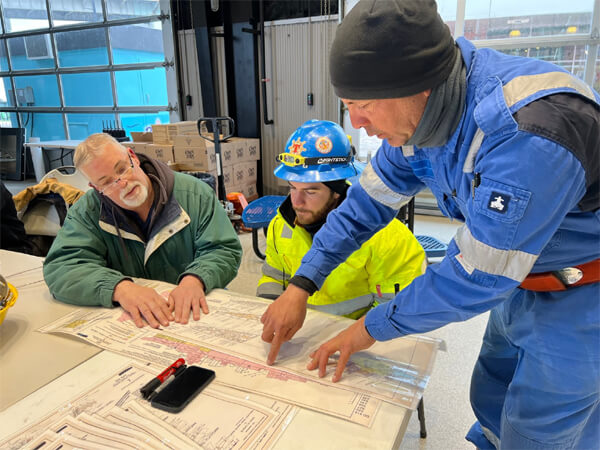