While numerous projects are underway to develop hydrogen fuel cell technology, pure hydrogen fuel cell systems developed for large modes of transport such as vessels, railroad vehicles, and construction machinery will require unique engineering and capabilities to withstand the requirements of the applications.

Toshiba Energy Systems & Solutions Corporation announced that it has signed an agreement with New Energy and the Industrial Technology Development Organization (NEDO) for a multi-utility pure hydrogen fuel cell module for large modes of transport. As a part of technology R&D programs for widespread implementation of fuel cells, this project will develop a compact, lightweight, and high-power 200kW class standard module of a pure hydrogen fuel cell. It will be designed for use by vessels, railroad vehicles, construction machinery, and other large modes of transport. The goal is to complete the project by 2024. 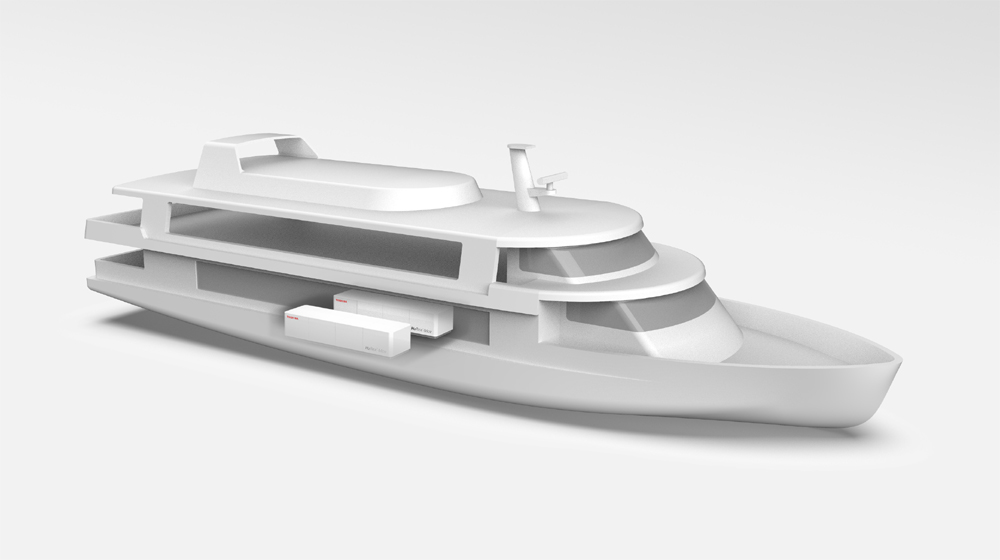 In September 2020, the New Energy and Industrial Technology Development Organization (NEDO) has approved a partnership of companies, including NYK Line, Toshiba Energy Systems & Solutions Corporation, Kawasaki Heavy Industries Ltd., Nippon Kaiji Kyokai (ClassNK), and ENEOS Corporation, participation in a demonstration project for the commercialization of high-power fuel cell vessels. This project is working to develop an approximately 150-ton high-power fuel cell vessel that will function as a medium-sized tourist ship. The goal is to begin the construction of the vessel in 2023. The pilot operation of the vessel along the coast of Yokohama port is scheduled to begin in 2024.