Destination: The Falklands and South Georgia 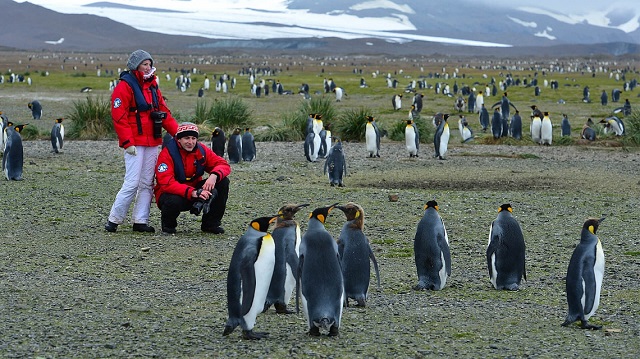 The windswept and treeless Falkland Islands are a birder’s paradise. The islands boast a great abundance and diversity of birdlife including five species of penguin, 80 percent of the world’s population of black-browed albatross, and numerous species of waterfowl such as the endemic Falkland steamer duck. 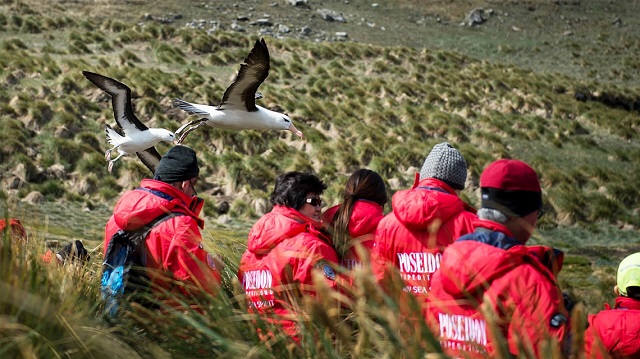 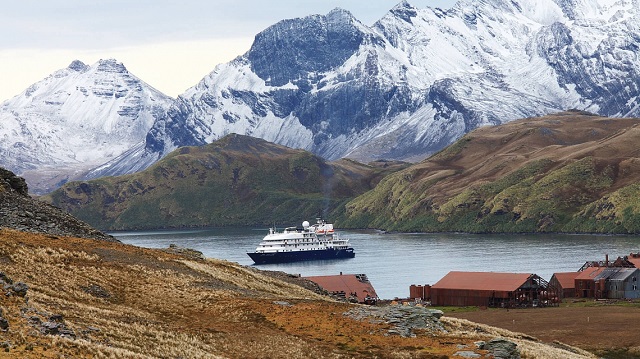 After crossing the biological boundary of the Southern Ocean known as the Antarctic convergence (northward-flowing Antarctic waters meet warmer waters of the sub Antarctic), South Georgia comes into view. The island hosts upwards of 100 million seabirds, 100,000 elephant seals, three million fur seals and innumerable penguins from the stately king to sprightly macaroni. The historical whaling station of Grytviken is now home of the South Georgia Museum managed by the South Georgia Heritage Trust. This is also the final resting place of Ernest Shackleton, the legendary polar explorer.

The Antarctic Peninsula is comprised of a chain of islands – including the South Shetlands – that is the northernmost region of Antarctica. Lofty serrated mountain ranges, all-encompassing glaciers, icebergs of every size and shape, and nutrient-rich waters define a pristine environment inhabited by robust populations of penguins, seals, and whales.

Plans call for visiting Point Wild on Elephant Island where Earnest Shackleton and his men spent part of their historic odyssey. Also in the South Shetland Islands are the historical remains of a whaling station at Deception Island and research bases operated by various countries. Early season weather and sea ice permitting, the Sea Spirit also plans to spend a day in the vicinity of the Peninsula with the hope of making a landing on the continent.