Cruising made an unexpected first return to operations not with ocean-going vessels, but instead with river cruising in Europe. Nicko Cruises headquartered in Germany launched the first cruise with its vessel the nickoVISION boarding passengers on June 1 for a cruise from Straubing along the Danube and Rhine rivers to Dusseldorf.

While the cruise marked an important first step for the industry, the companies are still finding themselves navigating a challenging environment with varying rules and regulations. According to Nicko Cruises, trips in Germany are generally possible although there are different regulations within the individual areas.For example, Nicko explains, “Rhineland-Palatinate plans to open tourist activities in the near future, but at the moment it is not welcoming river cruise ships. Some itineraries also lead to neighboring countries where travel bans still exist.”

The current cruise of the nickoVISION is scheduled to end on June 13 in Dusseldorf and Nicko then plans to market short trips on the Rhine River. On June 26, the nickoVISION will cruise back from Dusseldorf to Passau and after that the plan is to continue cruises on the Danube as scheduled. Previously, Nicko Cruises had canceled all trips on the Danube as well as in Croatia, Portugal, France, Russia, and Asia until the middle of June due to travel restrictions.

So far, the travel bans have meant that the cruises are being limited mostly to Germans, but Nicko, along with other European river cruise lines anticipate that the restrictions will be further reduced by mid-June. Currently, river cruise lines catering to mostly German and European passengers, including A-Rosa, Phoenix Reisen, Plantours, and Scylla, have also announced plans to resume their trips by the end of June, while CroisiEurope plans a gradual restart from mid-July.

The lines that market mostly to international travelers, however, are expecting a later return to service. For example, AmaWaterways currently has canceled its cruises through the end of July, while Viking’s river cruises in Europe are canceled through the end of August. In the United States, both the American Queen Steamboat Company and American Cruise Lines have announced plans to resume trips in July. 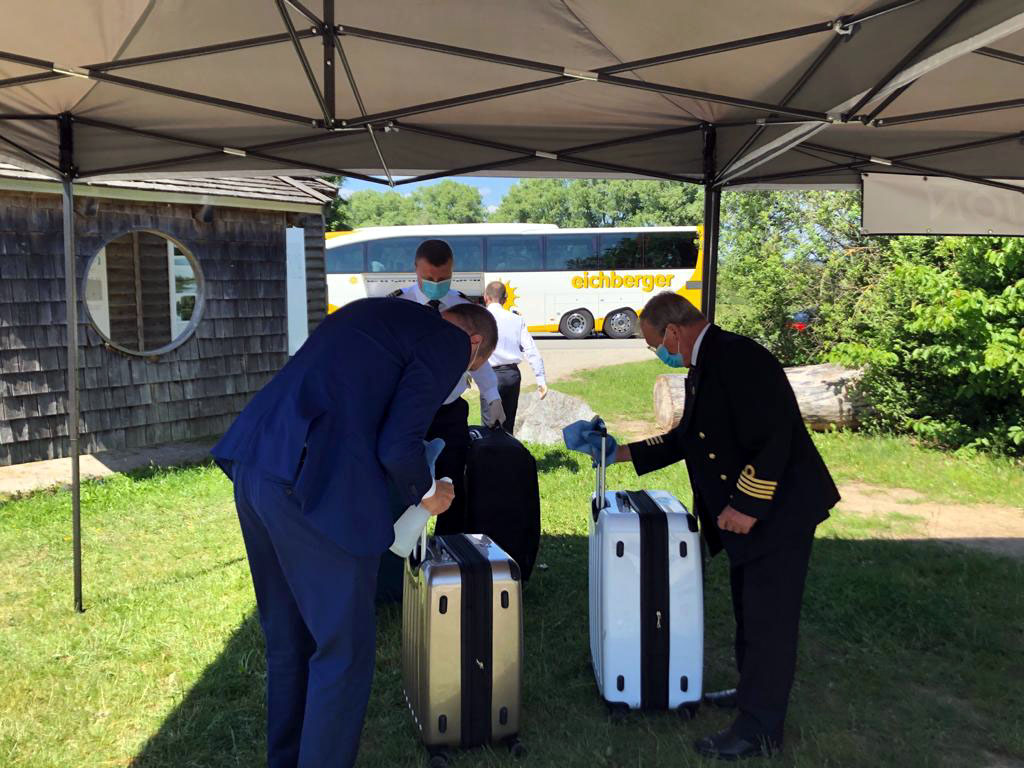 Luggage being sanitized before boarding the nickoVision - courtesy Scylla

In launching the industry’s first post-COVID-19 cruises, Nicko, which sails aboard ships operated by Scylla, announced steps that would be taken to ensure the health of the passengers and crew. Before sailing, passengers will undergo both body temperature checks and antibody tests while all luggage is being sanitized. Capacity is being limited to two-thirds of normal and onboard passengers will experience social distancing, with meals served in two seatings, tables spaced further apart, and if necessary one-way directions in certain spaces. The spa, pool, and gym will be closed. Passengers are also being asked to wear face coverings in the corridors and gangways and during shore excursions, while the service staff in the bars and restaurant will be wearing masks and gloves. 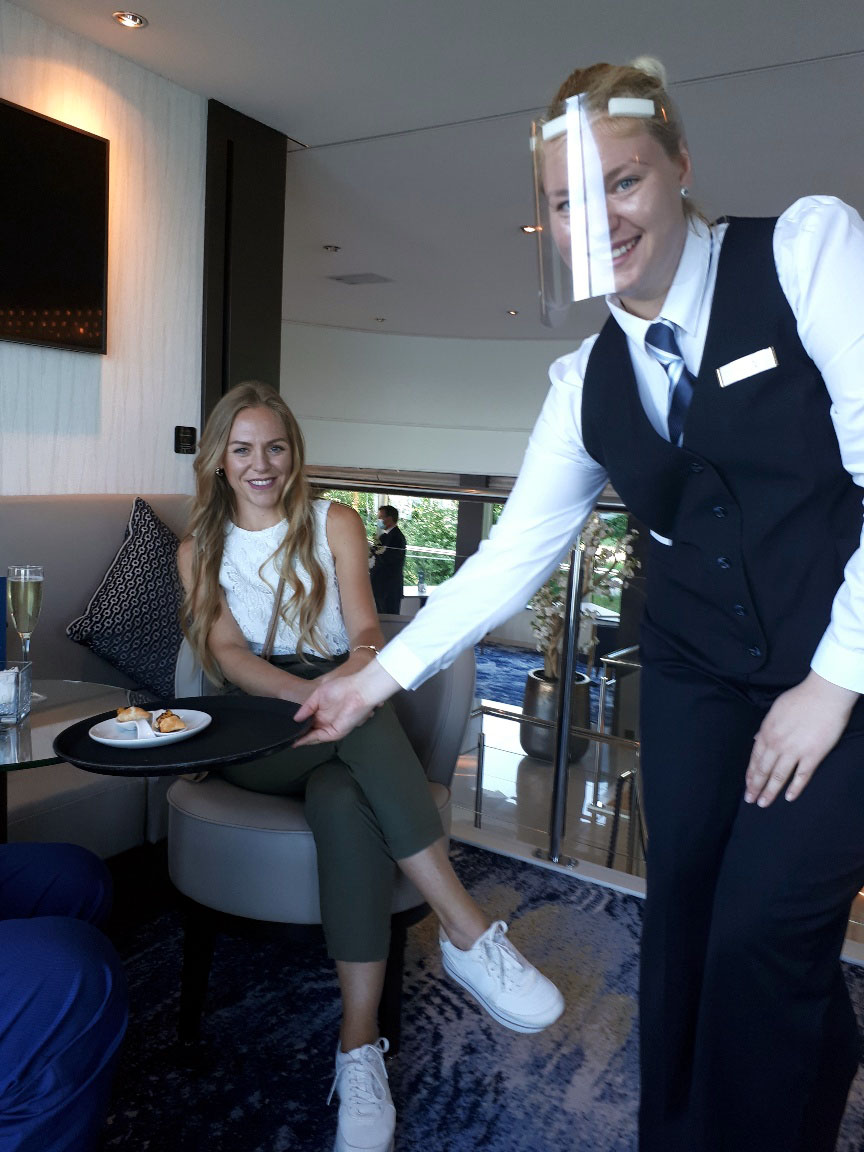 These trips represent a first step for the cruise industry to restore operations and to learn from passengers' reactions to the different restrictions. The large ocean-going cruise lines continue to target the summer months at the earliest for their return to service. Bahamas Paradise Cruise Line has the first announced resumption date at the end of July while Carnival Cruise Line announced plans to restart a few cruise ships in August.

P&O Cruises, another part of Carnival Corporation, however, just announced that it is extending its cancelations until October 15, 2020, as it “focuses on working in close coordination with all relevant public health bodies to approve further enhancement of the company's already stringent health and safety protocols.”

With their smaller capacity and river itineraries, many observers believe the river market will be a good test ground for the cruise industry. The itineraries also permit the companies to limit trips to a single country and by nature, they remain close to ports with the necessary support systems and health infrastructure should a need arise. 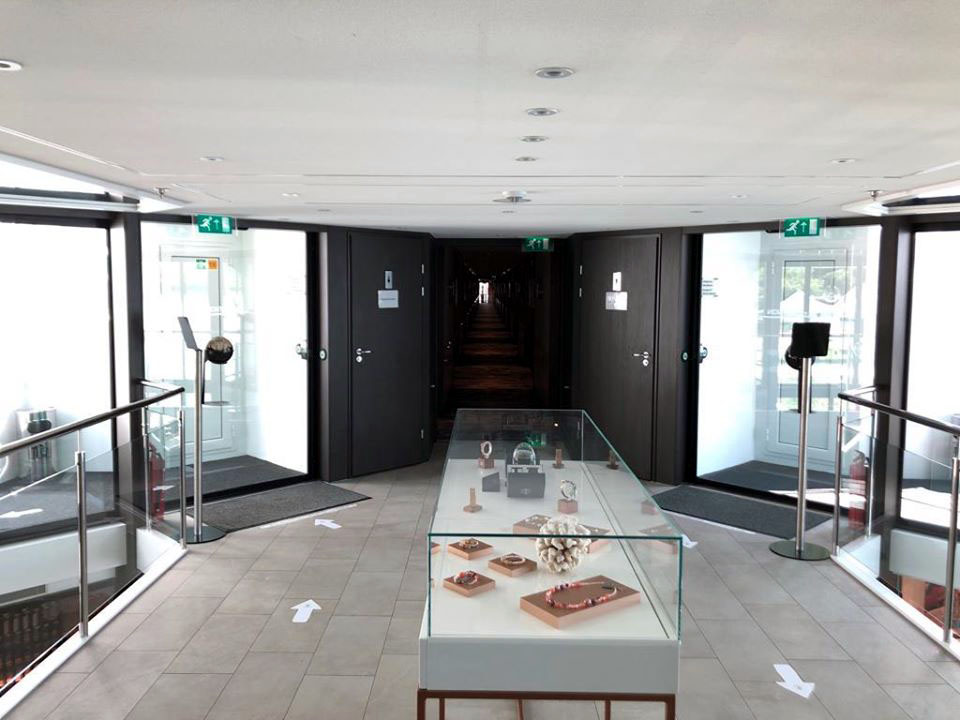