Hurtigruten has conducted the first ever cruise ship naming in Antarctica.

Replacing the traditional bottle of champagne with a chunk of ice, Strand revived a ritual invented by the ship's famous namesake, smashing ice against the bow of the ship in celebration of the momentous occasion.

In recognition of the occasion, a donation has been made to the Hurtigruten Foundation to further support conservation efforts in the more than 200 destinations Hurtigruten ships visit around the world.

MS Roald Amundsen uses large battery packs to support her low-emission engines, reducing CO2 emissions by more than 20 percent. She made history this summer as the first cruise ship to sail on battery power, and became the first hybrid electric-powered ship to traverse the Northwest Passage. After completing the 2019-20 Antarctica season, she will spend the 2020 summer season in Alaska. A second hybrid electric-powered expedition ship, MS Fridtjof Nansen, will join the fleet in 2020. 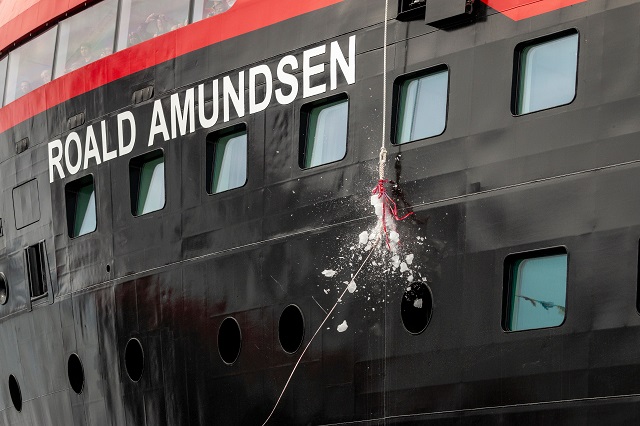 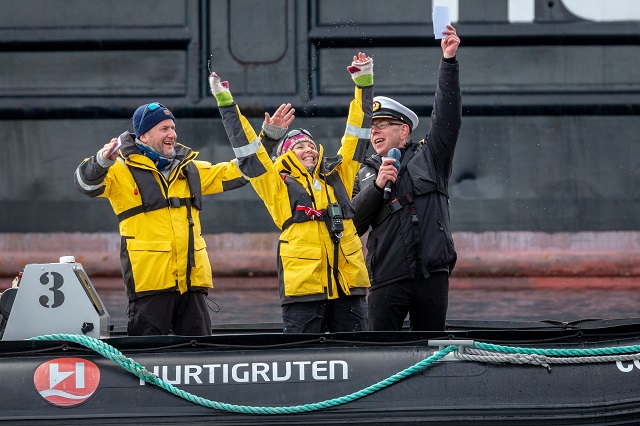