A growing list of nations around the world, like Panama, are responding to the ongoing calls to aid the shipping industry and provide relief for crew members that became trapped at sea. New Zealand is the latest country to announce that it would include provisions to ease the restrictions on crew changes in its revised border restrictions. 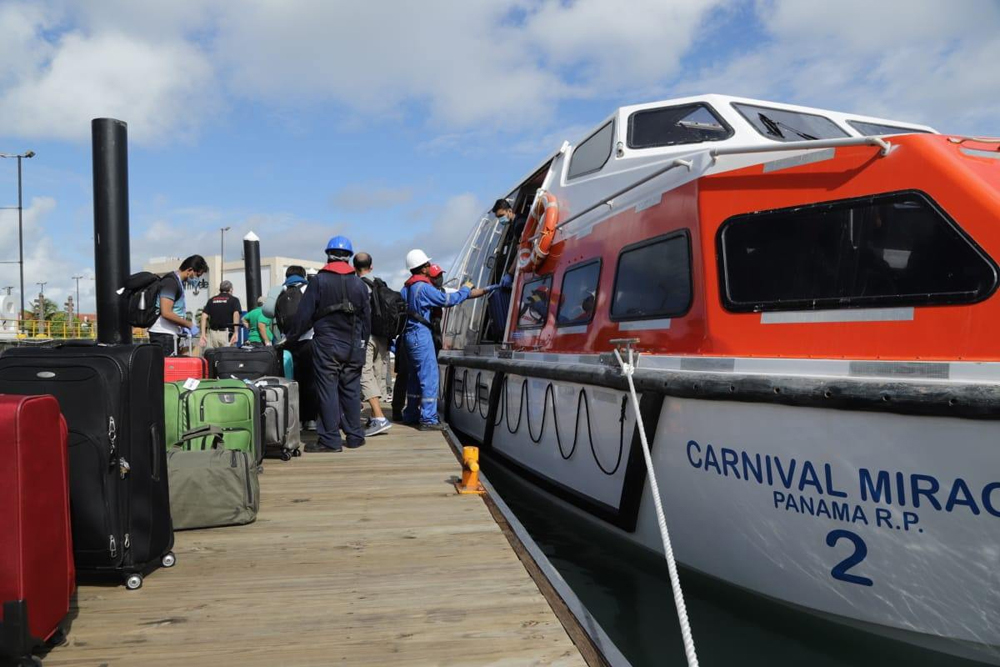 As part of its ongoing support for seafarers, Panama recently assisted Carnival Cruise Line with the first transshipment of crew across the Isthmus. The Carnival Miracle cruise ship, which was anchored in the Pacific sector, tendered approximately 91 crew members to shore representing 25 different nationalities, including citizens of the Philippines, India, Indonesia, Myanmar, Nicaragua, and Haiti, according to the Panama Maritime Authority (AMP).

The crew members were landed at the Flamenco Marina in Amador and then transferred by bus to the Colón 2000 terminal, on the Atlantic side of the Isthmus. The crew then boarded the Carnival Glory to continue their voyage to Curacao. Minister of Maritime Affairs, Arch. Noriel Araúz, inspected the operation, noting how proud Panama was to provide this assistance to help the crew to be repatriated to their home countries.

The Minister highlighted that Panama was providing “a humanitarian and effective response to seafarers.” He noted that while all the crew members were healthy when they entered Panamanian waters, they had been monitored daily by doctors while also under the supervision of Ministerio de Salud de la República de Panama (MINSA), in coordination with the Panama Maritime Authority (AMP) and the National Migration Service (SNM).

Since March 2020, Panama has been supporting crew changes including ship-to-ship, groups and Isthmus transfers, as well as disembarkation of crew members for repatriations through charter flights. Highlighting that it recognizes that seafarers are essential workers who have been invaluable during this global health crisis by not stopping the supply chain, Panama has sought to assist the shipping industry. To date, AMP reports that it has assisted more than 4,000 people with its humanitarian efforts.

The Panama Maritime Authority assisted both domestic and foreign crews from various ships, including the Monarch from Pullmantur, the Rhapsody of the Seas from Royal Caribbean International, and the Carnival Imagination, the Carnival Inspiration, and the Carnival Miracle, all from the Carnival Cruise Line. Panama also provided passages for the Coral Princess of Princess Cruises as well as the Rotterdam and the Zaandam of Holland America Line so that passengers could return to the United States. Panama received praise from Silversea Cruises for the assistance provided to their cruise ships the Silver Muse and the Silver Explorer. 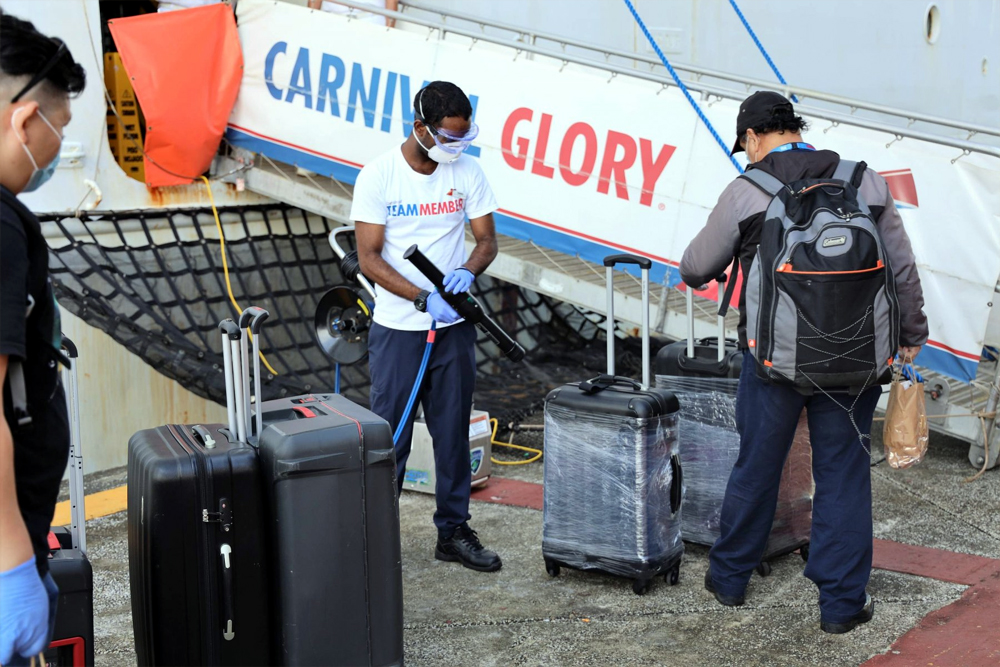 Economic Development Minister Phil Twyford said while announcing revisions to the country’s immigration policies that, “A new maritime exception will allow entry to those arriving at the maritime border, where there is a compelling need for the vessel to travel to New Zealand.”

Addressing the global calls for actions regarding crew changes, he continued, explaining that, “Border restrictions will also not apply to replacement cargo ship crew arriving in New Zealand by air and transferring straight to a cargo ship to leave New Zealand.” Inbound crews he said in most cases will have already completed a 14-day quarantine during the ocean voyage to reach New Zealand.