The vessels would be the first ultra-large container ships with a breadth of 61.3 meters, requiring ship-to-shore cranes with an outreach of 24 boxes wide, says Dirk Visser, analyst at Dynamar. Currently the maximum is 23 boxes wide across deck and the largest existing ship-to-shore crane is 26 wide. The vessels will also be the first ultra-large container ships with 12 boxes under deck and 12 boxes on deck (for part of the ship). The top rows would be for empty containers only, says Visser.

The LNG 18,600 cubic meter LNG tanks from GTT are expected to take the space of around 500 TEU and mark the first time a non-Type C containment system has been specified for an LNG bunker tank. Instead, GTT's membrane insulation system Mark III was chosen for space optimization. The Mark III membrane system is a cryogenic liner directly supported by the ship’s inner hull. This liner is composed of a primary metallic membrane positioned on top of a prefabricated insulation panel including a complete secondary membrane. 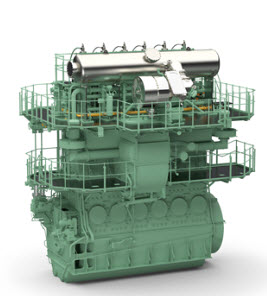 The ships will reportedly be propelled by the largest gas-burning dual-fuel engines ever built: Winterthur Gas & Diesel low-pressure, two-stroke 12X92DF engines. This 12-cylinder engine is rated 63,840kW at 80 rpm.

“MSC has 11 somewhat similar ultra-large container ships, of which, according to schedule, the first eight are to be delivered next year from July onwards, i.e. ahead of those of CMA CGM,” Visser says. “These vessels will use scrubbers instead of LNG and therefore have a higher capacity, an estimated 23,350 TEU.”

The new CMA CGM vessels are expected to be delivered in 2019. In January this year, the line took delivery of the first of three 20,600 TEU ships, CMA CGM Antoine De Saint Exupery. The vessel is 400 meters long and 59 meters (194 feet) wide and operating on the Asia to Europe route. 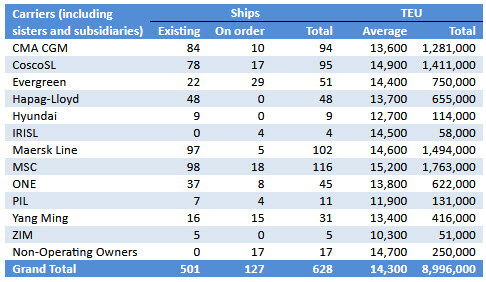 [By Zhang Chun] The damage to China’s aquaculture sector caused by coronavirus could be far-reaching as customers from the US and elsewhere hold off on orders. Companies that specialise in sustainable aquaculture products look to be especially affected because they rely most on exports. Two major industry events have already been postponed: Seafood Expo North America, the largest such exhibition in the continent, was due to take place in Boston mid-March, and Seafood Expo Global was planned for Brussels in...