On Tuesday, two U.S. Coast Guard helicopter aircrews worked in tandem to medevac a fisherman after he was struck in the head by a crab pot.

On Monday evening, the Coast Guard received a request for assistance from the master of the crab fishing boat Patricia Lee, who reported that a member of his crew had been injured. The Lee was located in the Bering Sea about 190 miles west of Dutch Harbor. 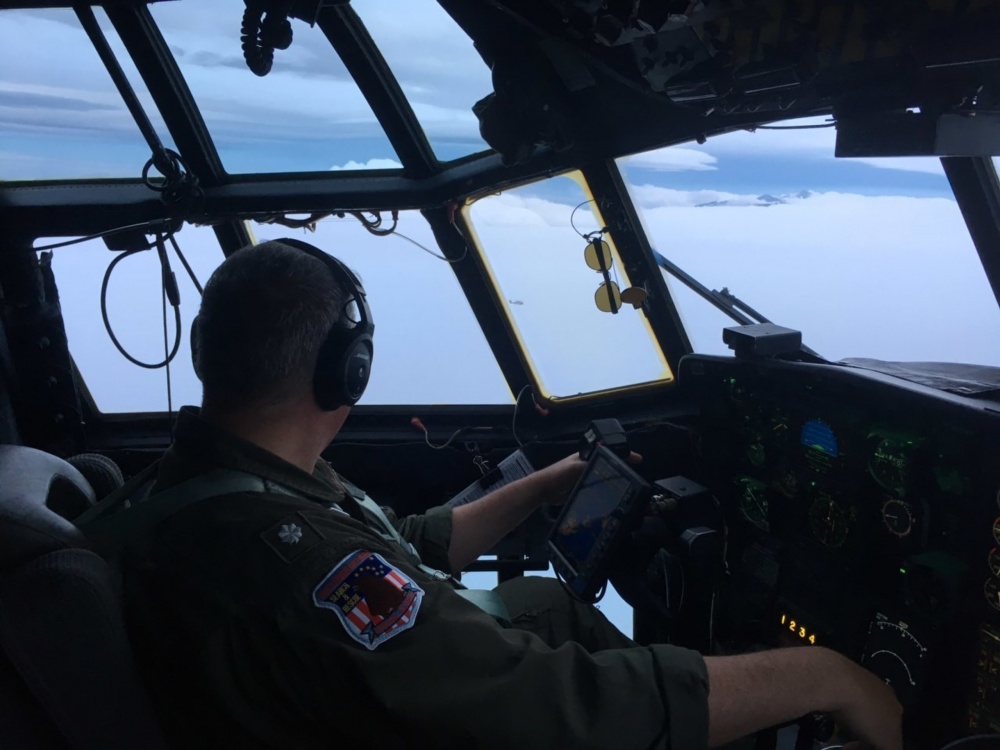 Due to the 1,200 mile distance of the boat's position from the helicopter base on Kodiak Island, two aircrews had to be used in order to reach the vessel. The first aircrew flew the helicopter from Kodiak to Cold Bay while a second aircrew flew to Cold Bay aboard a C-130 transport plane. The second aircrew then took over and flew the helicopter to the Patricia Lee to conduct the medevac, while the Hercules stood by near the scene of the rescue to provide communications cover. All told, the evolution took about 17 hours.