The crew of the Coast Guard cutter Bear returned to Portsmouth, Virginia on Sunday after a successful three-month counter-smuggling patrol in the Eastern Pacific.

The Bear’s crew interdicted three vessels, seizing about 8,000 pounds of cocaine (and small amounts of marijuana and methamphetamine) worth a combined total of roughly $140 million. Over the course of the campaign, her crew detained 12 suspected drug smugglers.

The Bear’s crew also coordinated operations with the U.S. Coast Guard Law Enforcement Detachment deployed aboard the HMCS Saskatoon, a patrol vessel operated by the Canadian Navy. The collaboration supported the seizure of an additional 2,900 pounds of cocaine and the detention of three suspected smugglers. 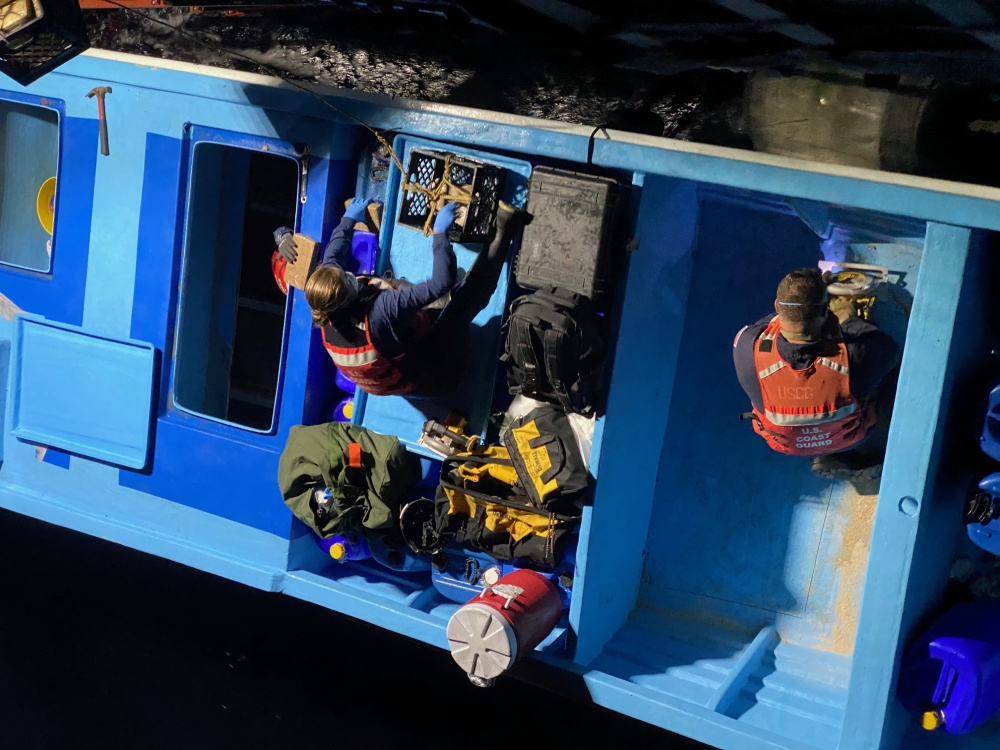 Crew of the cutter Bear aboard an intercepted vessel (USCG)

A flight crew and aviation detachment from the Coast Guard’s Helicopter Interdiction Tactical Squadron (HITRON) deployed aboard the Bear for the patrol. HITRON crews are the Coast Guard's sharpshooters, and they specialize in disabling motorboats with precision rifle fire.

“I am extremely proud of this crew and honored to be their commanding officer,” said Cmdr. Jeff Ferlauto, the Bear’s commanding officer. “It’s been an extremely successful deployment and the crew met each challenge head-on. Since our initial transit through the Panama Canal into the Eastern Pacific, this crew dominated."