On Monday, Chinese energy consortium POLY-GCL Petroleum Group signed an MoU to invest $4 billion in a natural gas pipeline, an LNG plant and a loading terminal at Damerjog, Djibouti. The preliminary agreement will be finalized within six months and the groundbreaking should be sometime next year, energy minister Yonis Ali Guedi told Reuters.

POLY-GCL is a joint venture between state-owned China POLY Group and Hong Kong's Golden Concord Group for the development of oil and gas in landlocked Ethiopia. The JV has entered into lease agreements with Ethiopia for exploration and development of the Ogaden Basin formations, where it expects to find up to 5 tcf of gas and 14 mboe of associated liquids. POLY-GCL expects that production will be high enough in Phase 1 of the development for up to 3 mpta of LNG, eventually rising to 10 mtpa, all of it destined for export at the Damerjog terminal. 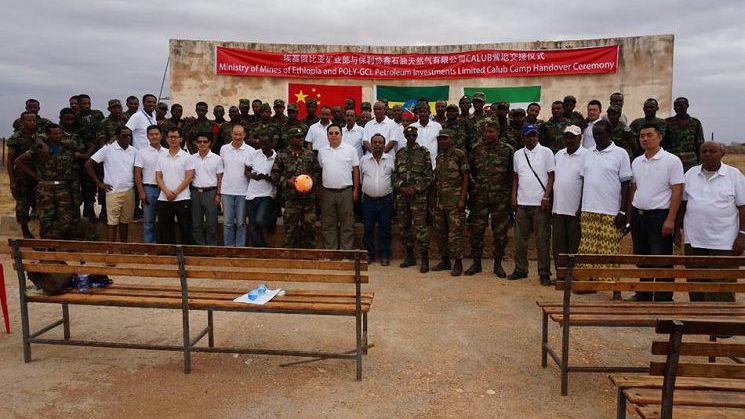 China is investing heavily in the tiny, strategic country of Djibouti. In the past few years, it has announced or completed a new 19 square mile free trade zone, a $600 million multipurpose port terminal, a $4 billion railroad and two new airports worth another $600 million.

Djibouti is located at the southern side of the Strait of Bab al-Mandeb, one of the world's most important maritime chokepoints: four million barrels of oil and half of the world’s containerized cargo traffic pass through every day. This traffic – along with ready access to the Red Sea, Mediterranean and Arabian Sea – has made Djibouti a logical site for China's first overseas naval base.

The conflict zones in Yemen, Somalia, Central African Republic and South Sudan are also within reach of military assets based in Djibouti, which has led multiple western nations to lease space nearby. Camp Lemonnier at Djibouti–Ambouli International Airport is the primary U.S. special forces base for the Horn of Africa, and Saudi Arabia is building its own facility to support its involvement in the Yemeni civil war.