Two weeks after the fire in the funnel aboard the Carnival Freedom, the cruise line confirmed that she is resuming sailing tomorrow, June 11, on regular itineraries from Port Canaveral, Florida. No passengers or crew were injured in the fire, which was quickly extinguished, but caused extensive damage to a portion of the funnel.

Pictures and drone footage released today by Carnival show the cruise ship repaired at the Grand Bahama Shipyard in Freeport in the Bahamas. The ship sailed directly to the shipyard after its passengers were transferred to a sister ship for the trip home to Port Canaveral, Florida. It was in the shipyard for less than two weeks and departed earlier today for Florida.

Built in Italy by Fincantieri and entering service in 2007, the 110,000 gross-ton cruise ship featured a signature red, white, and blue funnel, like all line's modern ships. Protruding from the main body of the funnel are two wings giving the funnel its shape referred to as the "whale tail," similar to the famed ocean liner France, built in 1962. The ocean liner that later became the cruise ship Norway could project the smoke and exhaust from the engine room out one of the funnel wings based on prevailing winds to keep soot off the decks.

After the fire on Carnival Freedom, one of the two wings was destroyed. They appeared to be made of a composite and attached with a visible seam to the main body of the funnel. Several charred vent pipes could be seen hanging down from where the section of the funnel had been before the fire.

To expedite the return of the cruise ships to service, Carnival working with Grand Bahama, removed the wings from the funnel and placed a new grill work along the top. They repositioned the engines' exhausts, repaired grill work along the rear of the funnel, and repainted it. However, the cruise ship returns to service without its signature "whale tail."

Carnival Cruise Line said that the funnel would be restored in the future when the vessel undergoes her next scheduled overhaul in dry dock. Reports indicate that the ship is not due for her next dry docking till 2024. She is also currently sailing without Carnival's newly introduced hull livery with a swooping blue section and red lines at the bow and the brand name on the ship's sides. They introduced the new livery on the Mardi Gras and have been adding it to the existing fleet as the ships are dry-docked.

The cruise line said it is investigating the cause of the fire, while Tradewinds reported the U.S. Coast Guard is also investigating. The cruise ship is registered in Panama as its flag state Panama and is classed by Lloyd's Register. 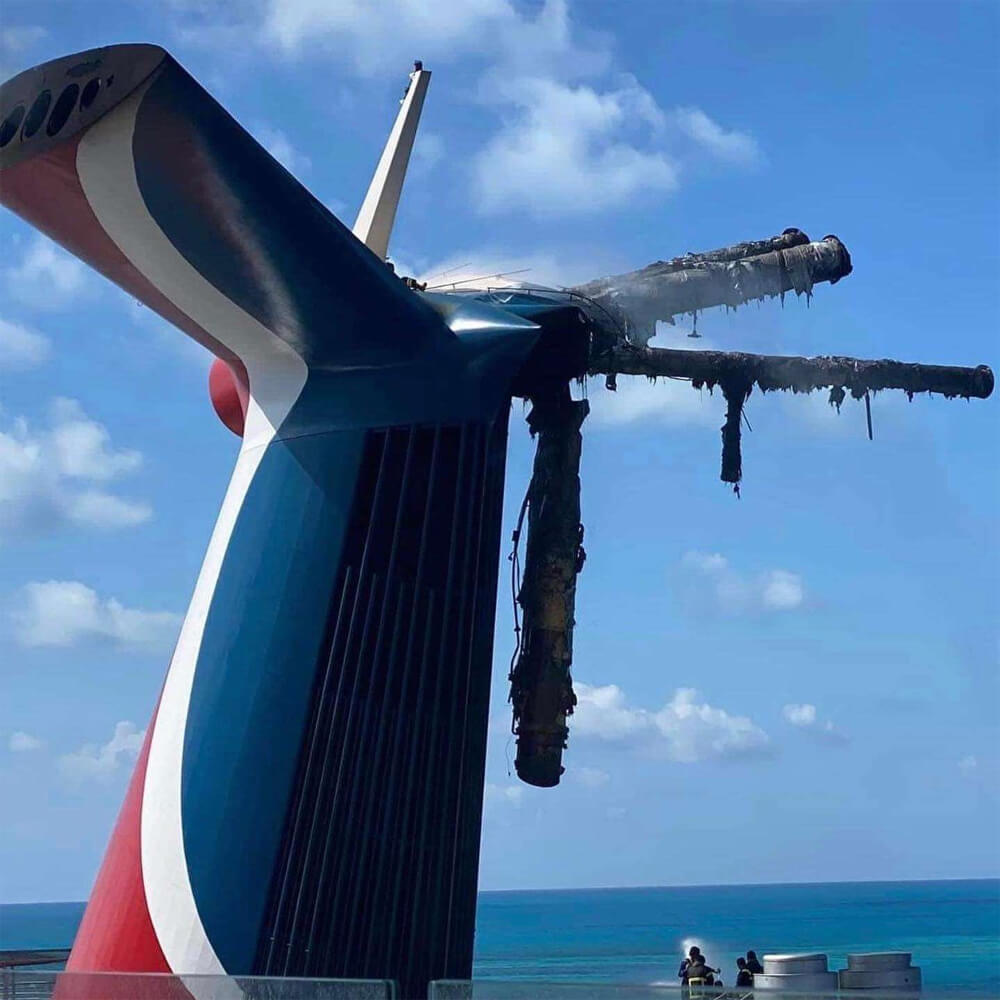 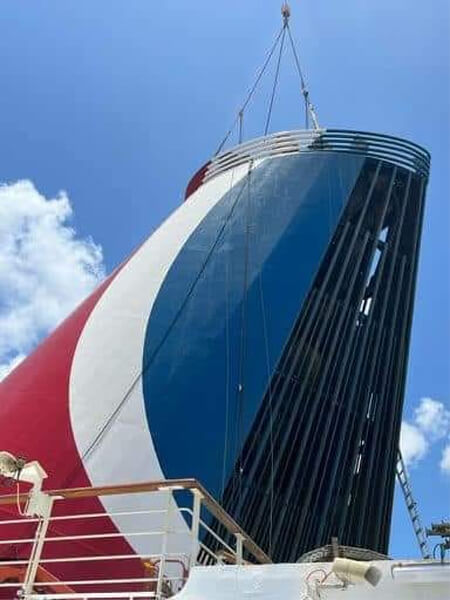