Carnival Cruise Line’s cruise ship Carnival Ecstasy docks on Saturday, October 15 in Mobile, Alabama ending its last cruise and bringing a 31-year career to a close. Earlier this year, the cruise line announced plans to retire the ship as it works to modernize its fleet. One of the most dominant brands in cruising, Carnival is working to regain its footing after the pandemic.

The sold-out five-day cruise, which included stops in Cozumel and Progreso, Mexico, was the last of more than 2,300 voyages for the ship. According to Carnival, the ship carried nearly 5.5 million passengers during her career operating over the years from; Miami, Port Canaveral, and Jacksonville, Florida; Galveston, Texas; Long Beach, California; New Orleans, Louisiana; Charleston, South Carolina; and most recently Mobile.

“We’ve certainly enjoyed a great deal of fun on Carnival Ecstasy over the years,” said John Heald, retired cruise director and today brand ambassador for the cruise line. “M/S Ecstasy, as we knew her then, was a game-changer when she entered the fleet, along with her Fantasy-class ‘SuperLiner’ sisters, and we have the innovations of that time to thank for many of the features our ships are known for now.” 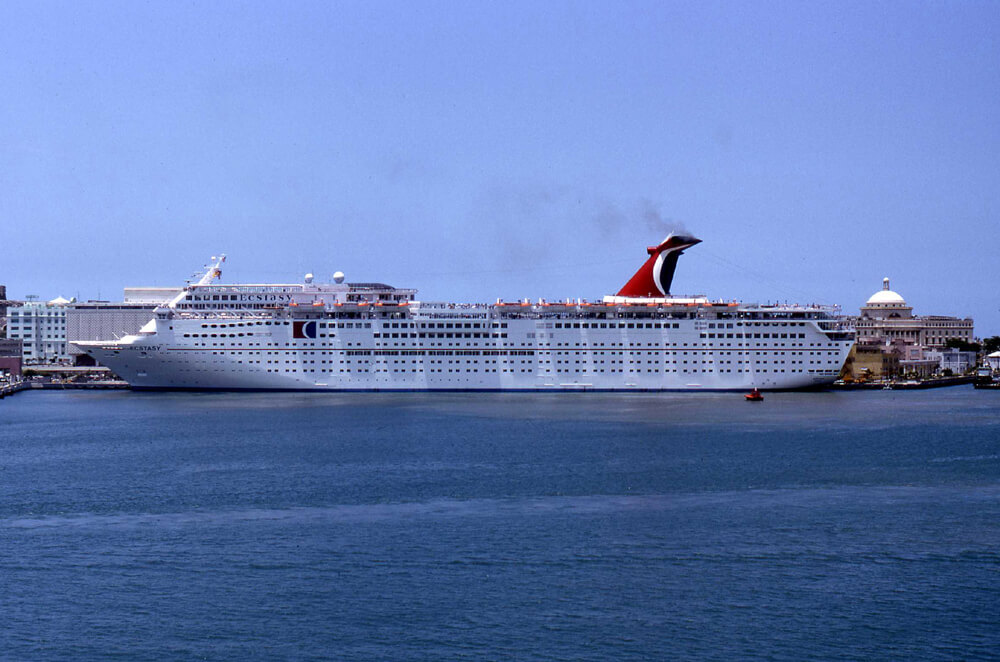 The Ecstasy was the second of a class of modern cruise ships built by Wartsila (later Kværner Masa) and launched by Carnival in the early 1990s in response to competitors' introduction of large, 70,000 gross ton cruise ships each accommodating more than 2,000 passengers. At the time, they were among the largest passenger ships ever built, but small compared to the modern 150,000 to 200,000 gross ton ships that are the standard for Carnival and the others in the broadest segment of the industry.

Carnival surprised the cruise industry by assigning the first of the ships of the class, the Fantasy to 3- and 4-day cruises from Florida to the Bahamas making the first time a large, modern cruise ship was deployed to the market. When the Ecstasy entered service in April 1991 she was placed on 7-day cruises and the success of the ships prompted Carnival to continue to expand the class. Ultimately eight ships were built with the first six using standard shaft propulsion and the last two, Paradise and Elation, becoming the first cruise ships outfitted with Azipod propulsion, now the industry standard.

At just over 70,000 gross tons and accommodations for over 2,000 passengers, the class was extremely successful for Carnival and proved to be versatile for their deployment. In recent years, the class was used for smaller markets such as Mobile and Jacksonville as well as short cruises five days or less in duration as an entry-level product for the line. The class was also famous for its brightly colored interior décor, broad use of theme décor, and new elements such as colored lighting all designed to live up to their marketing as “fun ships.” 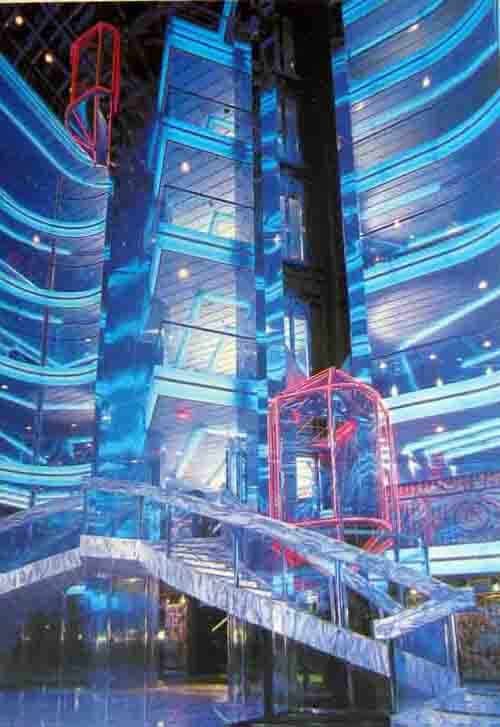 While the ships had been modernized, their size limited Carnival’s ability in recent years to add the same amenities as the larger ships. Carnival had retrofitted the ships to have some balcony staterooms but they lacked the larger percentage of the popular cabins found on newer ships.

Three of the Fantasy class ships, Fantasy, Inspiration, and Imagination were retried and sold for scrap in Turkey during the pandemic, while a fourth, Fascination, was sold to Chinese buyers but also went for scrap in 2022. Carnival in the spring of 2022 announced that it would not reactivate the Sensation instead selling her for scrap and would retire the Ecstasy. The cruise line is left with the two newest ships of the class, which are also the smallest in its current fleet of 23 cruise ships.

Carnival announced that it is preserving elements of the Carnival Ecstasy, including a 1934 Rolls Royce that had been positioned on the ship’s promenade but removed earlier this year. Carnival has not announced the fate of the ship but it is widely expected that it will also be recycled in Turkey. 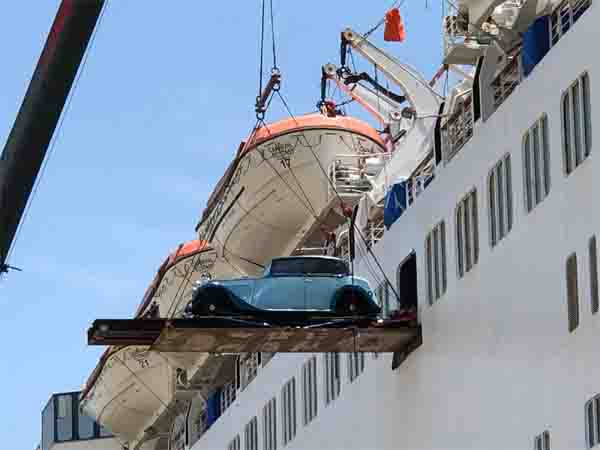 The Carnival Ecstasy will be replaced in Mobile by the Carnival Spirit (88,500 gross tons). The ship which is a decade newer will take over the market in October 2023 offering more balcony cabins and newer amenities.

Carnival Corporation recently reported that future bookings were building across its brands while occupancy had lagged behind forecasts for the quarter that ended in August. Among the efforts to continue to build back the brands after the pandemic-related pause, Carnival Cruise Line is introducing its second large LNG-fueled cruise ship, the 180,000 gross ton Carnival Celebration with its maiden voyage on November 20, 2022. Meyer Werft is also building a third ship of the new class for delivery in 2023. Carnival also recently rebranded a cruise ship from Costa as the Carnival Luminosa and in 2023 and 2024 will begin marketing two Costa cruise ships as Costa by Carnival as it expands and modernizes its North American cruise operations.