Carnival Cruise Line is in the final stages of repatriating its crew members. More than 26,000 crew members have been sent home from the cruise line’s 26 ships. The process of returning crew home has included sending ships to Northern Europe, the Mediterranean, South Africa, India, Indonesia, and the Philippines.

The final segment of Carnival's crew repatriations efforts is currently taking place including efforts in the Caribbean and Latin America for thousands of crew members who are citizens of more than 25 different nations throughout the region. Carnival reported that countries, including The Bahamas, Barbados, Colombia, Curacao, Mexico, Panama, St. Maarten and Nicaragua, have all assisted in the repatriation effort through seaport operations as well as helping to facilitate the safe and efficient transfer of crew via chartered and commercial aircraft and ground transportation.

By July 20, Carnival expects to have less than 400 crew members remaining on board its cruise ships awaiting repatriation. For most of these seafarers, they are waiting for their home country’s borders to be opened or travel restrictions to be eased.

“Many of our partners in the Caribbean and Latin America have gone above and beyond in supporting our repatriation efforts and played a vital role in helping our team members return home safely,” said Christine Duffy, president of Carnival Cruise Line. “We offer our most sincere thanks to government officials, private transportation operators and maritime partners for their cooperation, hard work and gracious hospitality.” 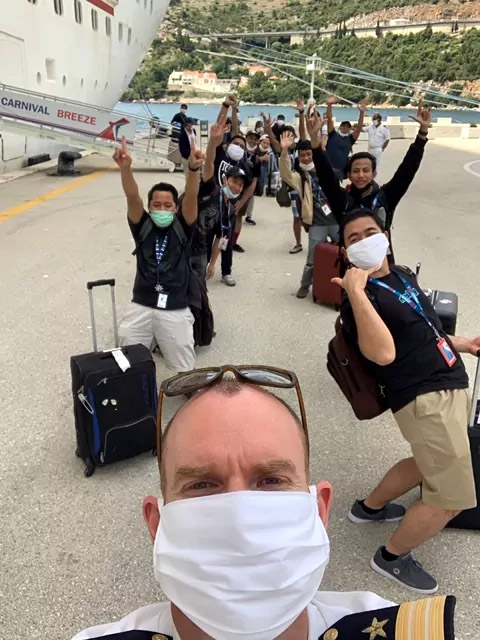 Carnival crews members disembarking at the Port of Dubrovnik

Last month, nearly 3,000 of Carnival’s crew members disembarked in Dubrovnik, Croatia. In addition to the Croatian citizens, other crew members were sent to neighboring countries, including Serbia, Montenegro, and Bosnia, by bus. Other crew members took commercial flights to dozens of European nations, as well as Indonesia and the Philippines.

Many nations assisted Carnival Cruise Line in its efforts. Panama, for example, permitted the transfer of crew across the Isthmus between two of the company’s cruise ships. Other ships had joined the large number of ships in Manila Bay, bring Filipino crew members home.

Carnival Corporation CEO Arnold Donald said that as of July 7, 53 of the corporations' 104 cruise ships were in their full pause status. He expected that substantially all of the cruise ships would reach their full pause status during the third quarter of 2020. Each ship has retrained a skeleton crew primarily for navigation and engineering plus a few hotel crew members to provide basic services for the crew on board. The corporation had a total of 77,000 crew members that it was working to get home during the suspension in operations. 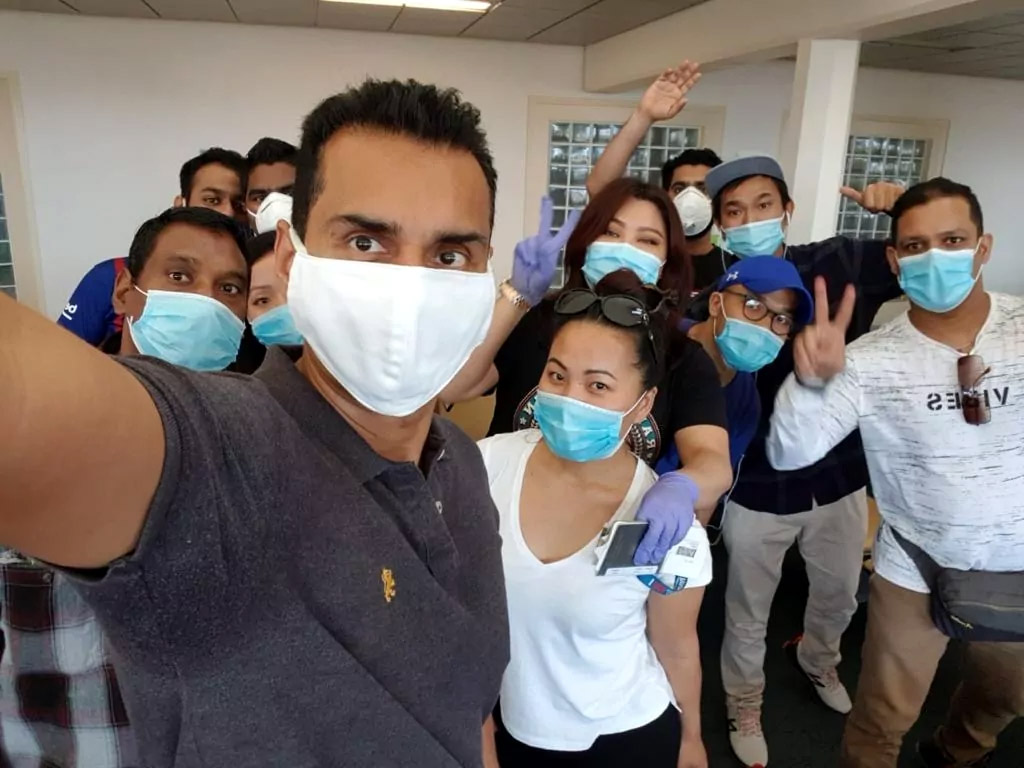